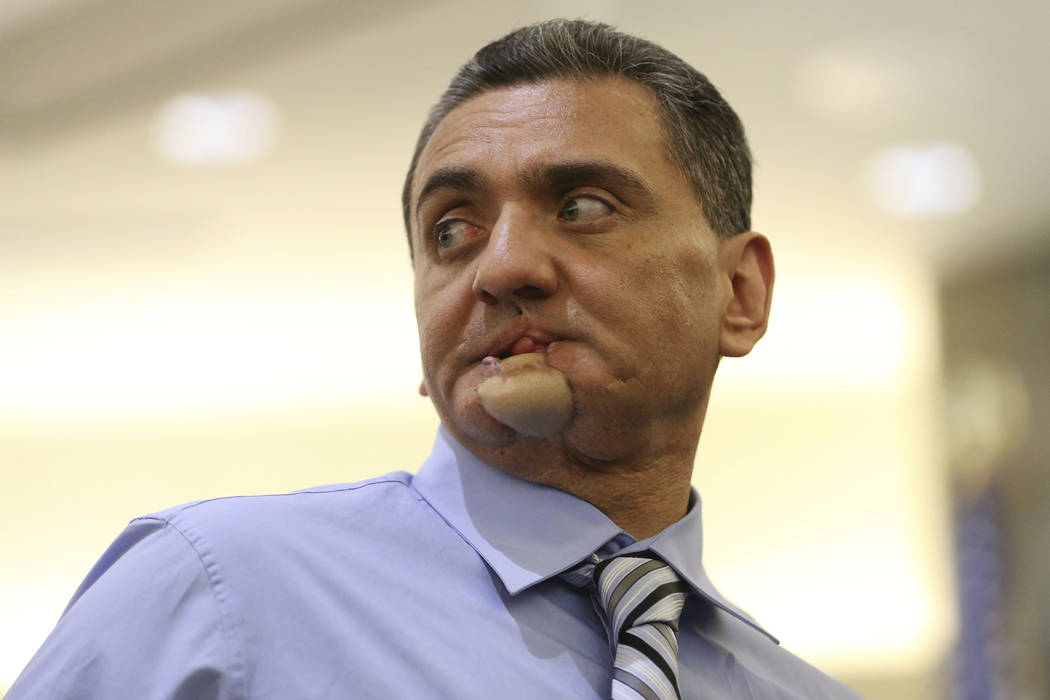 A Las Vegas man was sentenced to life in prison without parole after fatally shooting his girlfriend and her 17-year-old daughter in 2013, as well as critically wounding her 4-year-old daughter.

On Wednesday, the jury was tasked with determining Mata’s sentence for first-degree murder: life in prison or the death penalty.

“Today is your chance to tell Mr. Mata what justice is,” Chief Deputy District Attorney John Giordani told the jury, “for a mother lost, a daughter lost, a companion, a friend.”

Mata also faces one count of child abuse and one count of trafficking a controlled substance. He will be sentenced for those charges, as well as the second-degree and attempted murder charges, in January.

Family, friends and former coworkers testified to Mata’s strong work ethic and love for his family.

Melida Pulido, a family friend of Mata, said he was a loving man who cared for his extended family and helped look after her aging parents.

“I don’t have a big circle of friends that I trust in my home — many acquaintances — but Manny is one that has always been, and will always be, trusted in my home with my children, around my family,” Pulido said.

Mata’s attorneys, David Schieck and Gary Modafferi, argued that he served an important role as a father and mentor to many people. They said that by sparing his life, the jury would allow Mata to continue to be a positive influence for his family.

Several family members, including his daughter, who was home during the shooting but was not injured, said they had stayed and would continue to stay in contact with Mata while he was imprisoned.

“Someone once said that murderers are not monsters, they’re just men, and that’s the frightening thing about them,” Chief Deputy District Attorney Marc DiGiacomo told jurors during closing arguments.

The state argued that Mata should recieve the death penalty because of the violent nature of the shooting, regardless of his relationships.

“I can’t imagine there’s any mitigation for someone who killed two people and shot a 4-year-old,” DiGiacomo said. “He’s supposedly a father figure, and he takes a shotgun to a 17-year-old person who’s supposed to be his daughter. And that’s mitigation?”

When the verdict was read, one juror included a written-in mitigating factor to support their decision:

“See the good in people and forgive.”