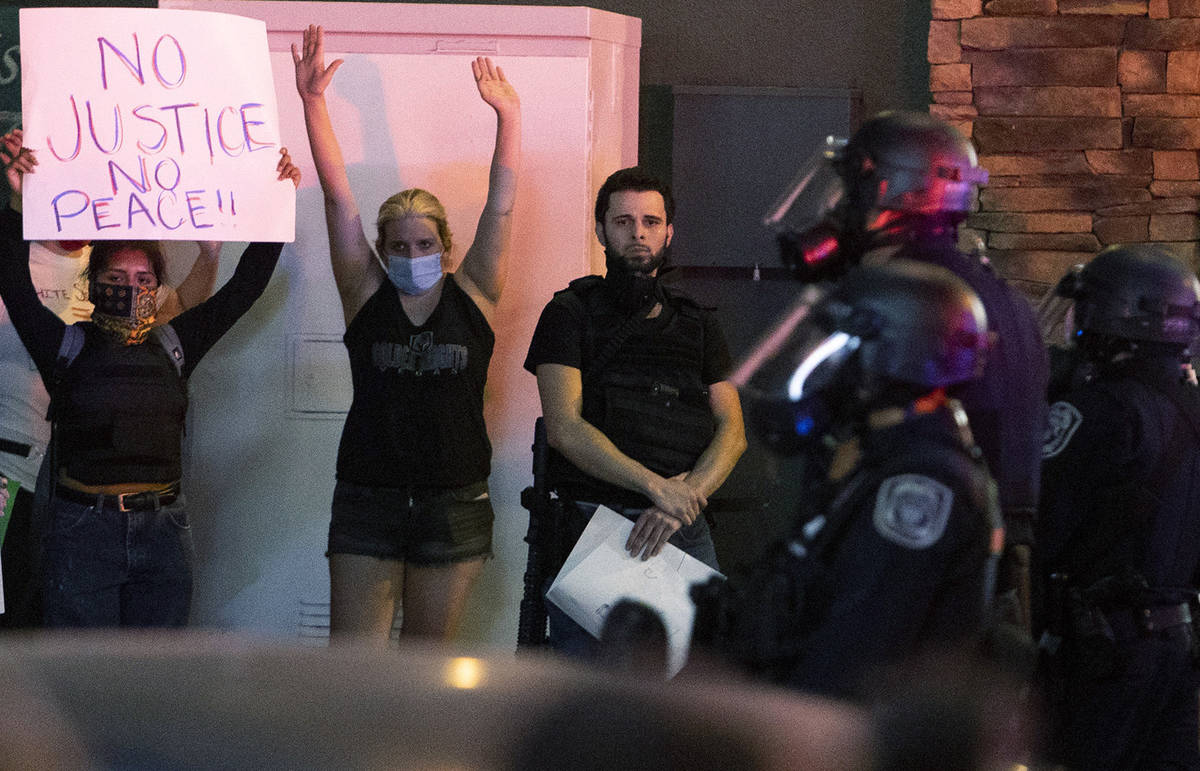 Jorge Gomez, 25, participates in a protest for George Floyd, a black man who was killed by Minneapolis police, at the intersection of Las Vegas Boulevard and Fremont Street on Monday, June 1, 2020 in downtown Las Vegas. Gomez was shot and killed by Las Vegas police later that night outside the Lloyd George U.S. Courthouse. (Ellen Schmidt/Las Vegas Review-Journal)

Las Vegas police on Thursday released the names of four officers involved in the fatal shooting of an armed man Monday night near the Lloyd George U.S. Courthouse.

Police said officers shot Jorge Gomez, 25, around 11:22 p.m. The officers were stationed in front of the Foley Federal Building, across the street from the courthouse, when they encountered Gomez.

“Officers encountered a subject who was armed with multiple firearms and appeared to be wearing body armor,” Clark County Sheriff Joe Lombardo said in a briefing a few hours after the incident. “During the interaction the subject reached for a firearm, and the officers engaged him. The suspect was struck by gunfire and transported to the hospital, where he was pronounced deceased.”

Fryman has been with the Metropolitan Police Department since 2007. Emerton and Ferguson have been on the force since 2006, and Locher has been an officer since 1995.

Gomez died of gunshot wounds, and his death was ruled a homicide, the Clark County coroner’s office said Thursday.

The shooting of Gomez took place around the same time that Las Vegas officer Shay Mikalonis, 29, was shot at the conclusion of a Black Lives Matter protest in front of Circus Circus.

A 20-year-old Las Vegas man, Edgar Samaniego, faces attempted murder and other charges in the shooting of the officer.