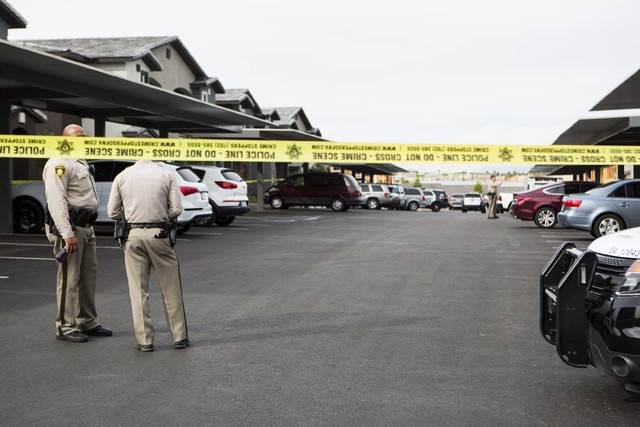 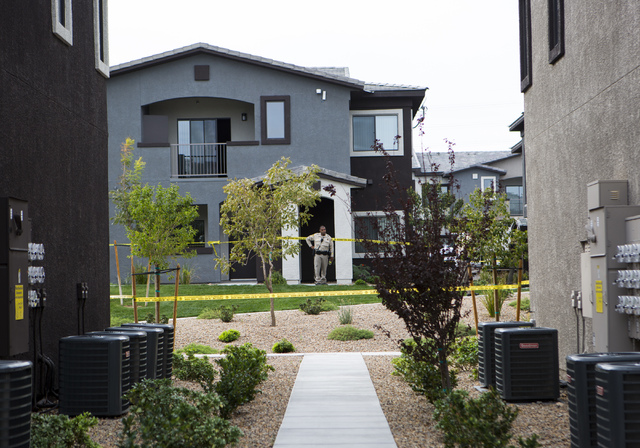 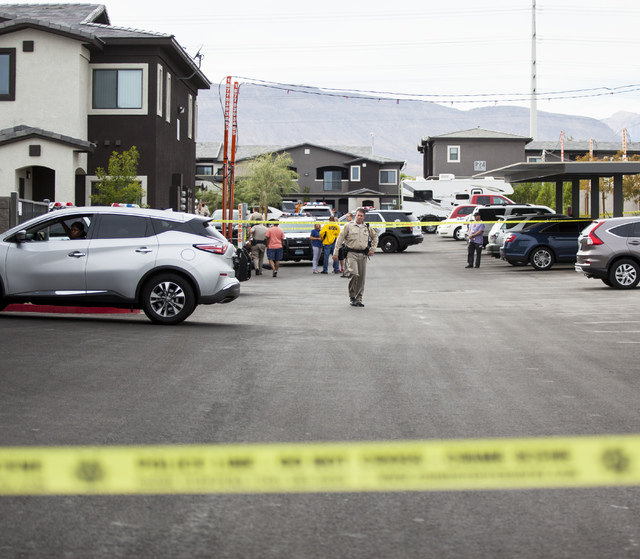 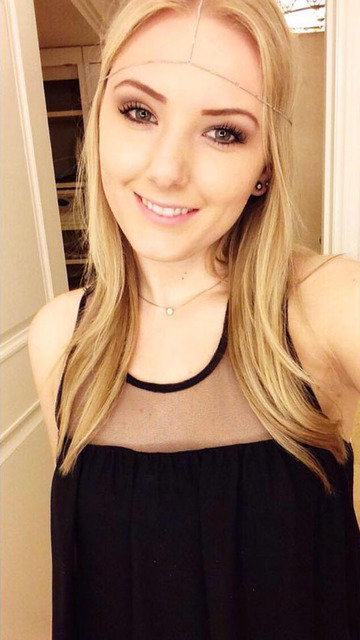 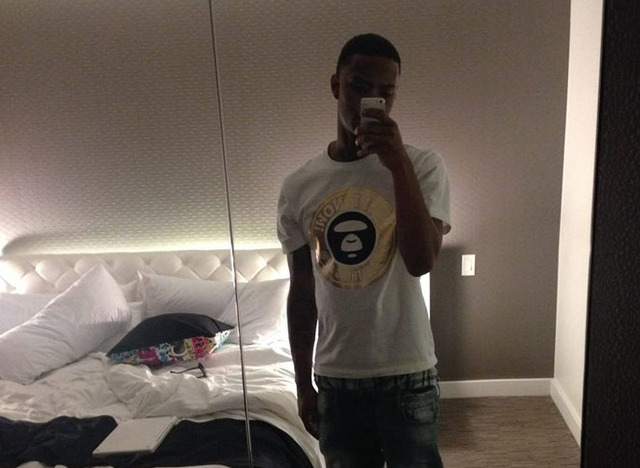 Las Vegas police say they still have no motive in the killings of a man and woman whose bodies were found Thursday in a southwest valley apartment.

“Evidence at the scene suggests that there may be two adult male suspects however they have yet to be identified,” police said in a statement Friday.

Officers responded to the call at Union Apartments, 4450 S. Hualapai Way, about 12:40 p.m. Thursday. A friend had not heard from the man in a few days, went to the apartment to check on him and found the two dead.

Police said the man and woman, who were estimated to be in their early 20s, were shot inside the residence. Investigators said they had been dead at least a day.

Authorities had not identified the pair killed as of Friday, but the woman’s employer, The Palm restaurant at the Forum Shops at Caesars, released a statement:

“We are devastated to hear about the passing of Sydney Land and Neo Kauffman. Sydney was an integral part of The Palm family and her kind heart and sweet smile will be greatly missed. Sydney and Neo’s families are in our thoughts and prayers during this difficult time.”

Kauffman played both junior varsity and varsity football, as well as varsity basketball, for Arbor View High School throughout his freshman through junior years, according to a former teammate. Kauffman graduated from Centennial High School this year, after transferring there for his senior year.

Attempts to reach family members of both victims Friday were unsuccessful.

Anyone with information about the incident may contact the Metropolitan Police Department’s homicide section at 702-828-3521 or Crime Stoppers at 702-385-5555.