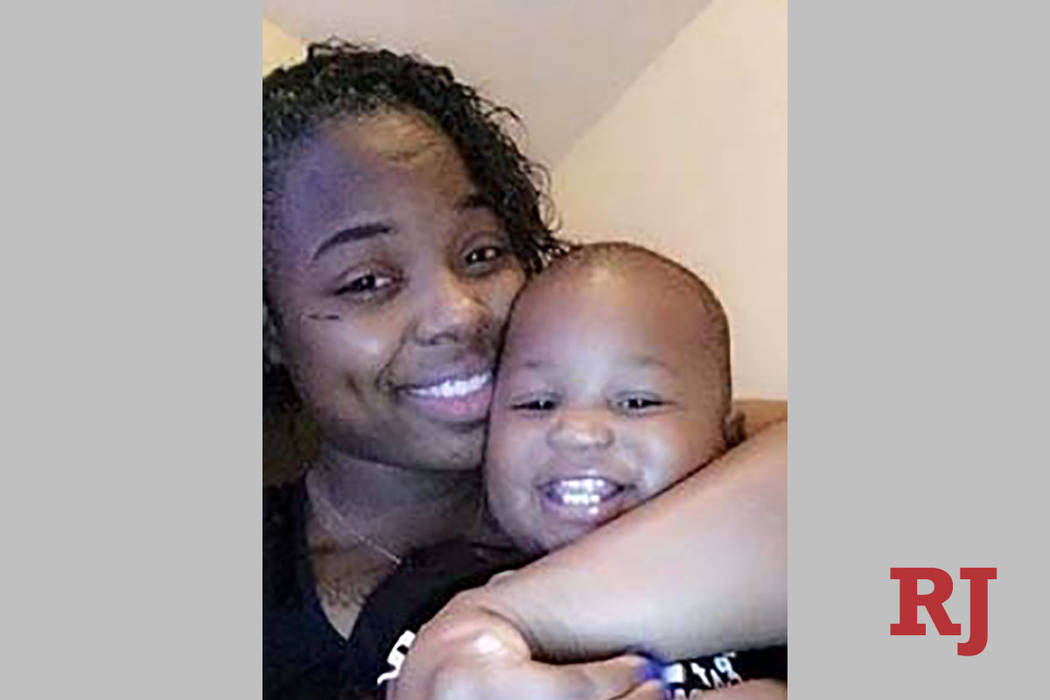 Damonea Hull is shown with her son. "She was a blessing to me," said Portia Thomas, Hull's aunt. (Facebook) 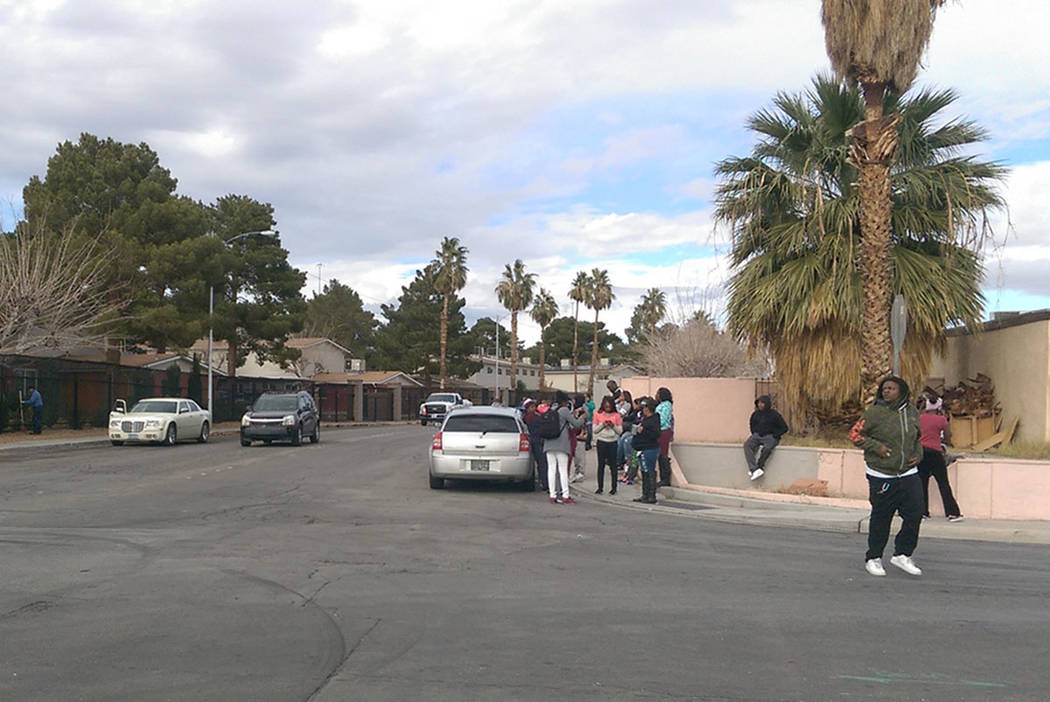 More than three years after 21-year-old Damonea Hull was found dead with a gunshot wound to her head in North Las Vegas, police documents have identified a man police believe is her killer.

Quincy Stewart, 39, faces a charge of murder in connection with Hull’s death, and he was booked into the Clark County Detention Center on March 6.

Hull was shot in the head the morning of Jan. 13, 2017, while she was walking outside the apartment complex where she lived with her young son, her family told the Review-Journal shortly after her death.

Stewart was arrested at the Las Vegas Detention Center on March 3, months after his arrest warrant was issued on July 3, court records show. But his connection to Hull’s death wasn’t clear until this week, when his arrest report was released by the North Las Vegas Justice Court.

Officers were called to the apartment complex at about 8:30 a.m. on Jan. 13, 2017, after a report of a homicide on the 2600 block of Donna Street, near Carey Avenue and Fifth Street. When police arrived, they found Hull lying outside an apartment building showing “no signs of life.”

A witness told police that she found Hull’s body when “she and her work partner were inspecting the perimeter of the property,” the report said. The woman said two men were standing near Hull, who was lying on the ground, and one of the men “flagged her down.”

Video surveillance from the apartment complex didn’t show how Hull was killed, just her collapsing to the ground about 8:15 a.m., the report said. The Clark County coroner’s office determined she died from a gunshot wound to the head.

Detectives determined that, based on where Hull collapsed, someone may have stood inside a nearby apartment with the window ajar and “laid in wait” for Hull, the report said. Officers determined that three men had been “squatting” inside the apartment the day of the shooting.

At least one of the men inside the apartment told detectives he awoke that morning to the sound of a gunshot, and that Stewart was standing near the open window.

The day of the shooting, Hull’s friends and relatives gathered outside the North Las Vegas apartment complex as Hull’s body lay at the scene, shielded from view by orange screens. Hull’s grandmother, Matile Glass, fainted at the scene, while Hull’s mother screamed, “That’s my baby!”

That same day, Hull’s aunt, Portia Thomas, told the Review-Journal that Hull had moved to Southern Nevada from Oakland, California. She described the 21-year-old as “sweet, caring, giving, open, honest.”

Thomas said Hull’s life had changed since she became a mother about a year before her death.

“She loved every moment of it,” Thomas said. “Everything she did became about her son.”

At least two people told detectives that they heard rumors that Stewart, who went by the nickname “Dean,” had killed Hull, the report said.

The motive was unclear, with police talking with people who said it happened over a “beef” on Facebook, that Stewart was trying to date Hull, and that “(redacted) had ‘paperwork’ on Dean that showed he was ‘snitching,’” the report said.

On June 22, 2018, detectives interviewed Stewart at Nevada Southern Detention Center in Pahrump, where he was incarcerated at the time, the report said. Stewart denied trying to date Hull and said he was not at the apartment complex at the time of the shooting, the report said.

He also denied being a person captured in video surveillance walking through the complex before the shooting.

“He said the day the murder happened, he had a blue ‘cookie monster’ beanie on,” the report said.

After the interview with Stewart, detectives again checked video surveillance of the aftermath of the shooting. Four minutes after Hull “drops straight down to the ground,” someone wearing “dark clothing and a blue and white hat” walks toward her, the report said.

The arrest warrant for Stewart was issued in July, nearly a year after Stewart spoke with police. It was unclear why Stewart was in prison in June 2018, but court records show he was arrested twice after Hull’s killing.

Both cases were dismissed in 2017. Stewart’s criminal history in Clark County dates back to 1997, when he pleaded guilty to attempted robbery with a deadly weapon, District Court records show.

Stewart is slated to appear in North Las Vegas Justice Court on Thursday in the murder case. He remained in the Clark County Detention Center on Friday with $1 million bail, according to jail records.