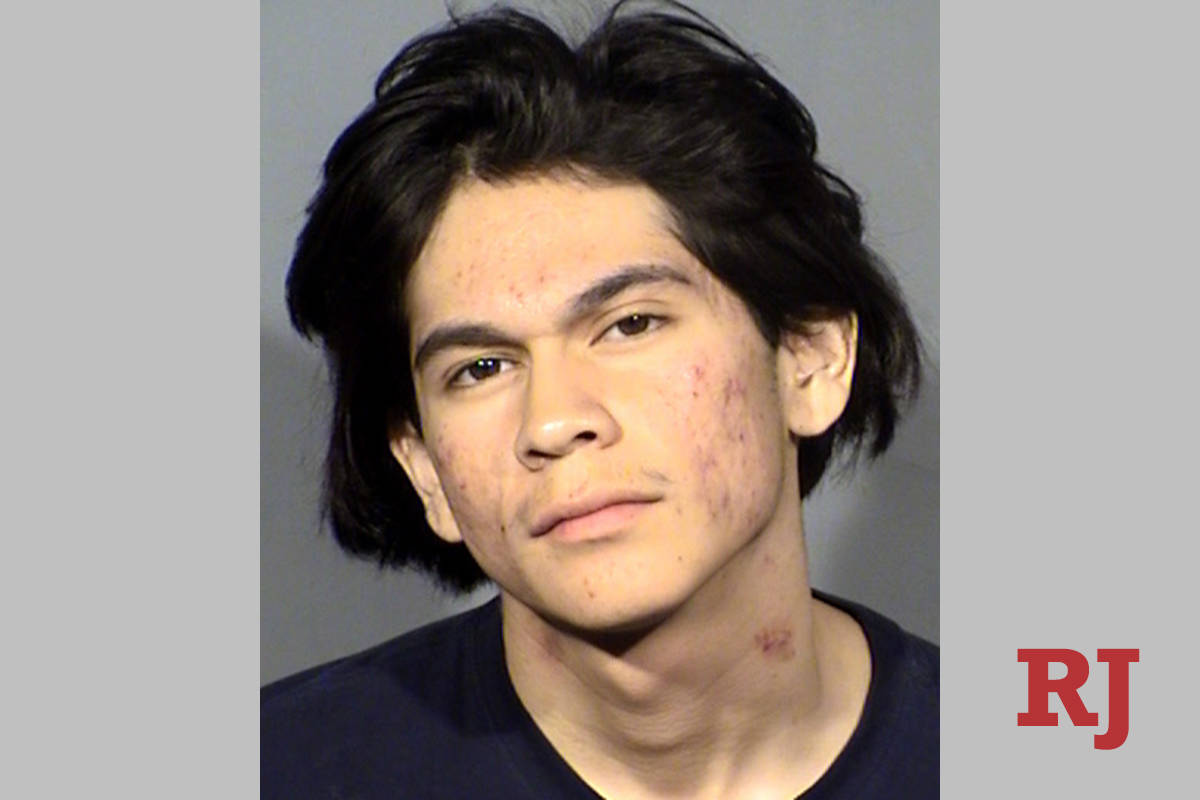 A suspect in a fatal shooting of an 18-year-old driver Friday afternoon at an apartment complex in northeast Las Vegas has been identified.

Officers took Daniel Lopez-Jauregi, 19, into custody Saturday on the 4700 block of Corsaire Avenue, about three blocks south of the shooting site, according to the Metropolitan Police Department. He faces one count of open murder and was being held without bail Tuesday at the Clark County Detention Center.

Authorities have said that the shooting took place within Metro’s jurisdiction, but court records show that the murder case against Lopez-Jauregi was filed in North Las Vegas Justice Court.

Further information about the court case filing, as well as how police identified Lopez-Jauregi as a suspect, was not immediately available Tuesday.

Metro has said that just before the shooting, the victim, Rayvion Brown, was inside his Ford Mustang near Thunderbolt Avenue and Vorsand Drive, talking with “an unidentified male,” when, at some point during the conversation, the other man pulled out a handgun and shot Brown.

As the shooter ran from the area, Brown sped away, driving for several blocks before pulling over in a convenience store parking lot at Craig Road and Puebla Street. From there, police said, he was taken to University Medical Center, where he was pronounced dead from multiple gunshot wounds.

The suspect’s arraignment is scheduled for Wednesday morning in North Las Vegas.