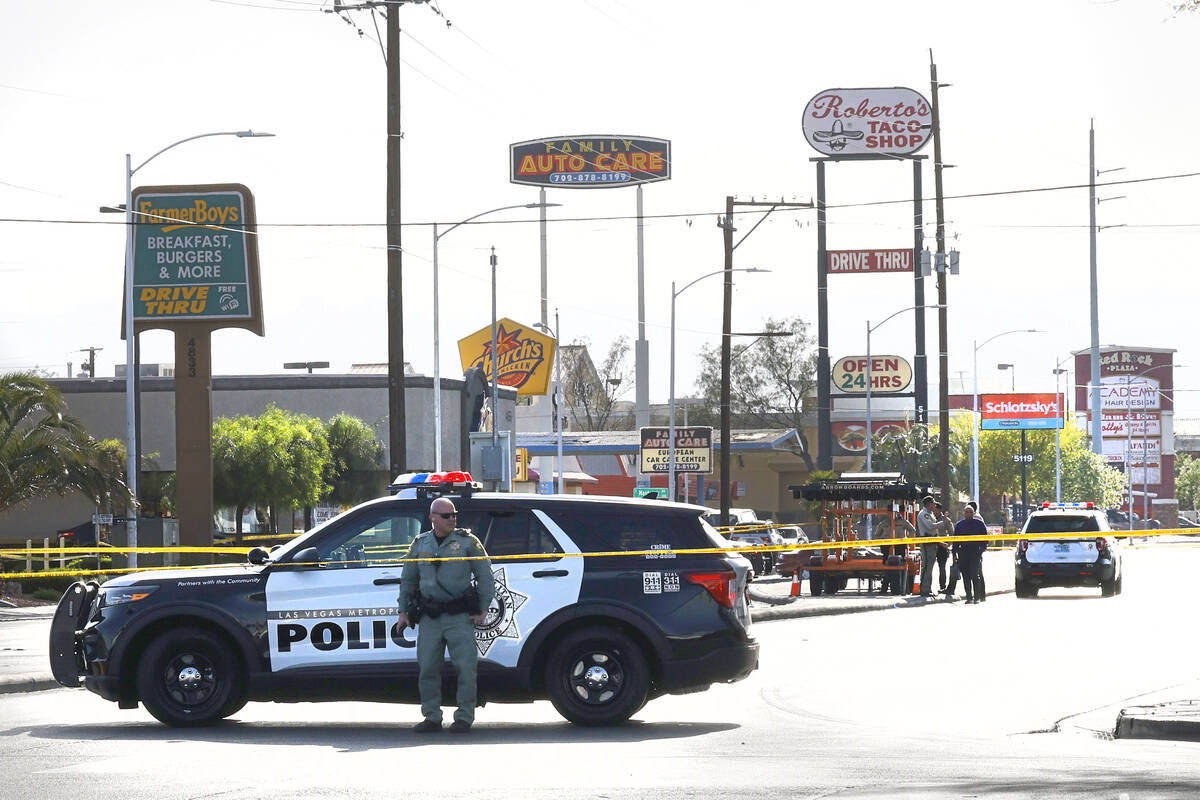 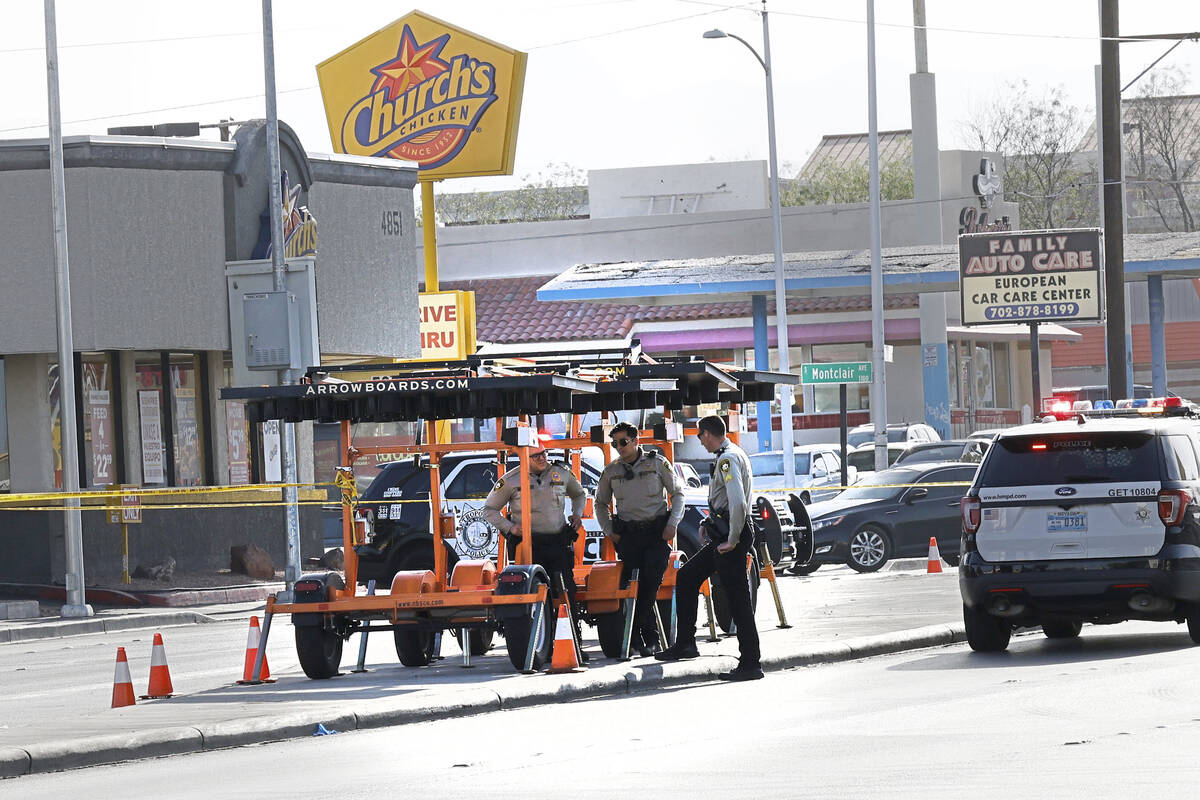 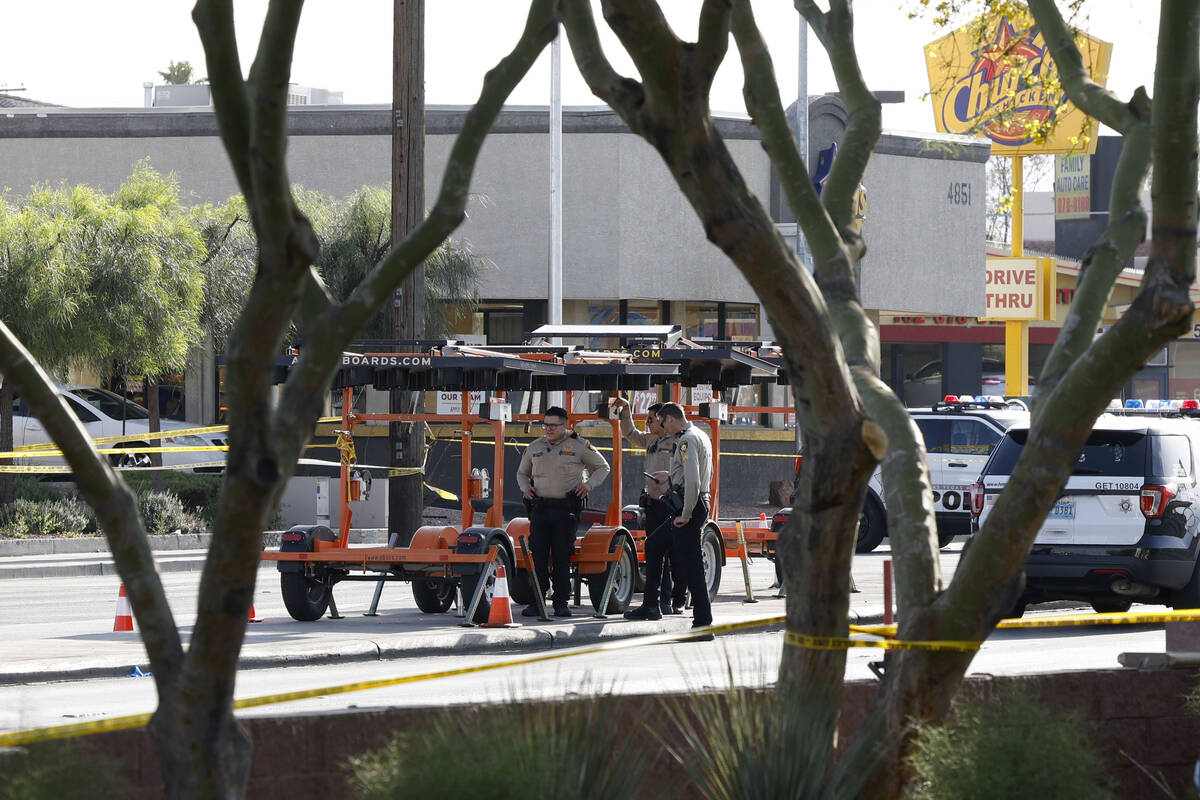 A man was shot to death Thursday afternoon in the middle of a crowded central Las Vegas intersection during broad daylight, police said.

Officers were called to an area near Decatur and Charleston boulevards at 3:56 p.m., the Metropolitan Police Department said, after reports of multiple shots fired. They found a man in his mid-20s suffering from gunshot wounds. He was taken to University Medical Center, where he was pronounced dead.

An initial investigation found that the victim and another man arrived at a CVS located at 4800 West Charleston Blvd. and parked at the back of the store, homicide Lt. Ray Spencer said.

The victim met with another man who had arrived in a different vehicle. The victim was leaning in the driver side window of the second vehicle when there was an “altercation of some sort,” Spencer said, and the car started to pull away with the victim still stuck partially inside.

He eventually got out of the car and ran, but the driver stepped out as well and chased him. The victim tripped over a median on Charleston and was shot multiple times in the middle of the road by the other man, Spencer said.

“There were hundreds of vehicles in this intersection, and it was a very brazen shooting that occurred in broad daylight,” Spencer said.

The person the victim initially arrived with drove off after the shooting, Spencer said. A car parked across the street from the intersection had a bullet hole in the driver’s side door, and Spencer said it was “extremely fortunate” that no one else was shot.