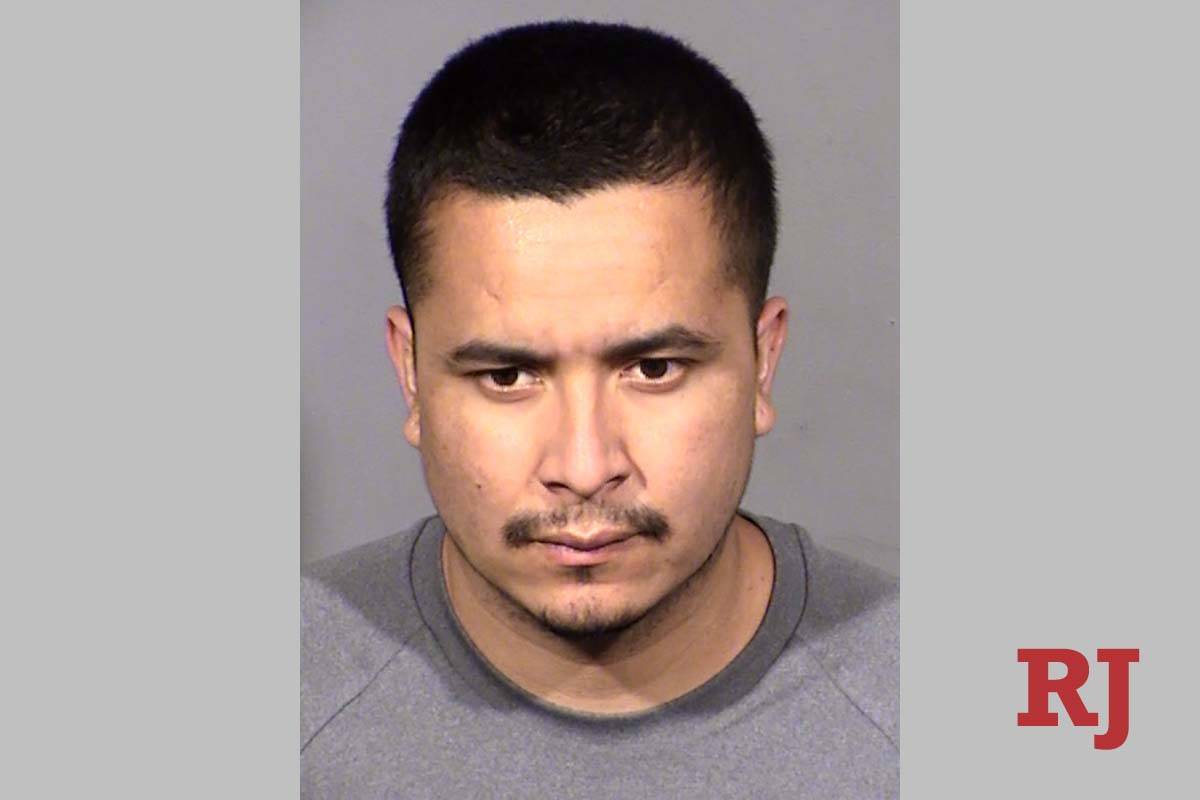 Officers were called to 238 Shoshone Lane around 2:20 p.m. on March 27, 2020, in response to five separate reports of a man being shot, a Henderson police document released Monday states. When they arrived they found 22-year-old Edgar Monzon-Serrano dead, and his brother, 27-year-old John Monzon-Serrano, bleeding from the head, where he said he had been struck by an unknown object.

According to the document, witnesses told police that the brothers were inside separate vehicles when another man, later identified as Hector Rosales Jr., pulled up next to them and got out of his car. A fight broke out and Rosales fatally shot the younger brother, hit the older brother over the head and left the scene in a white Honda.

The older brother told police that he was giving his younger brother a ride to a local Walmart at 300 E. Lake Mead Parkway. According to the document, surveillance footage from the Walmart showed that when they arrived, the younger brother got into an Alfa Romeo SUV, which the older brother said he then followed to Shoshone Lane.

During the fight, the older brother told police that the driver of the Alfa Romeo he had been following, later identified as Miguel Garcia, also pointed a gun at him but drove away without firing after Rosales shot the younger brother.

John said he thought he had his brother’s phone, but police determined the phone actually belonged to Rosales and must have been switched during the fight, according to the document. Police said the phone was shut off the day after the homicide.

Phone records showed that Rosales, Garcia and another man named Jose Cortez came to Las Vegas from Southern California the night before the shooting. According to the document, warrants were issued for all three men on Aug. 12 on charges of conspiracy to commit murder and open murder.

Cortez was arrested Dec. 21 on a warrant and charged with conspiracy to commit murder and open murder with a deadly weapon. Jail records show that he is being held at the Clark County Detention Center without bail and has a court hearing scheduled Wednesday morning.

Garcia was found in Los Angeles and was taken into custody by the FBI Fugitive Team on Dec. 8, the document said, adding that he was identified after fingerprinting as Alfonso Rosales. Court records show that a criminal warrant was then issued for Alfonso Rosales on the same day and was served on April 23. It’s unclear whether he was in custody from December to April; Henderson police said they could not clarify.

Hector Rosales, the man identified as the suspected shooter in the document, had not yet been arrested as of Tuesday afternoon.

Three weekend homicides within 17 hours in the Las Vegas Valley have detectives searching for clues and suspects.