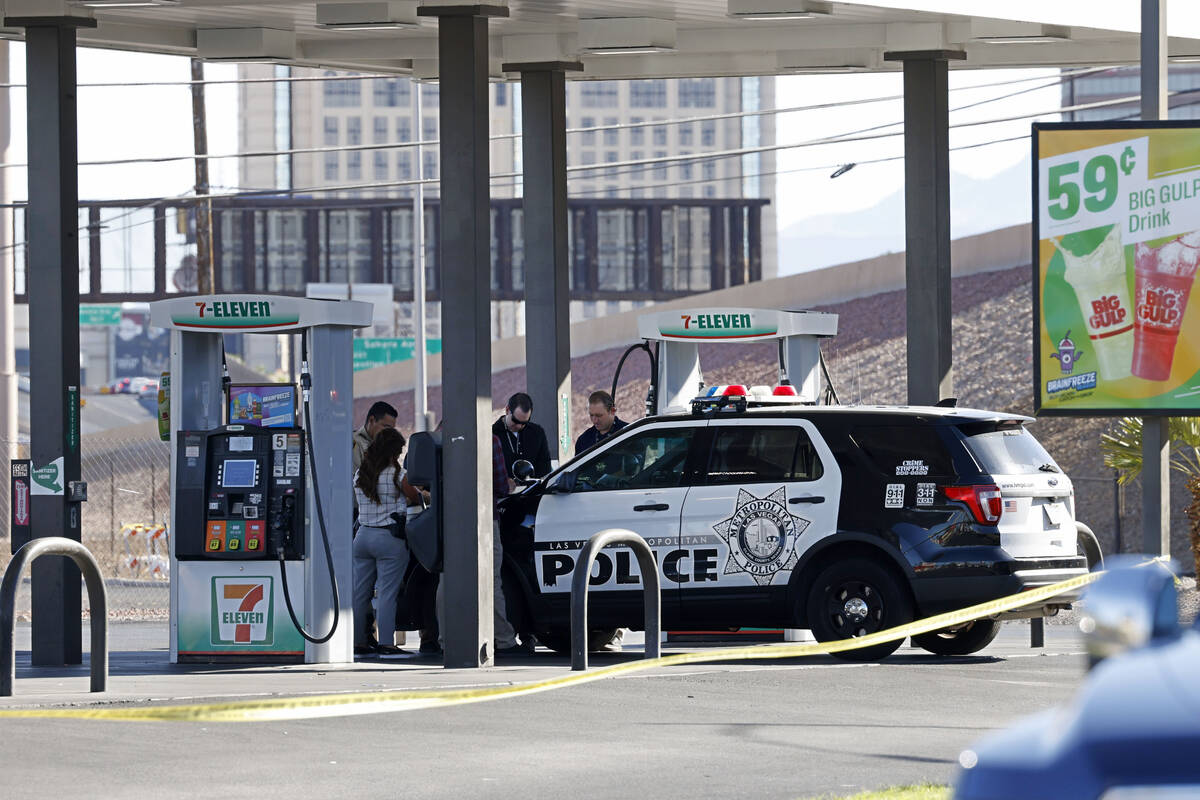 The Clark County coroner’s office has identified the man shot and killed Saturday at a downtown Las Vegas 7-Eleven.

Eduardo Moya-Robaina, 28, died from a gunshot wound to the chest, the coroner’s office said Tuesday. His death was ruled a homicide.

Around 4 p.m. Saturday, a woman and her boyfriend arrived at 7-Eleven, 1601 W. Oakey Blvd. While the woman went inside the store, her boyfriend got into an altercation with Moya-Robaina, who pulled out a knife and stabbed the boyfriend, police said.

As the woman walked out of the store, she shot Moya-Robaina one time. The couple left the scene in a car but were stopped by law enforcement on Interstate 15.

Metropolitan Police Department Lt. Dave Valenta said Saturday that it was too early to say whether the man or woman who left the scene would be charged. He said the woman was uninjured and the boyfriend suffered minor injuries and did not go to a hospital.