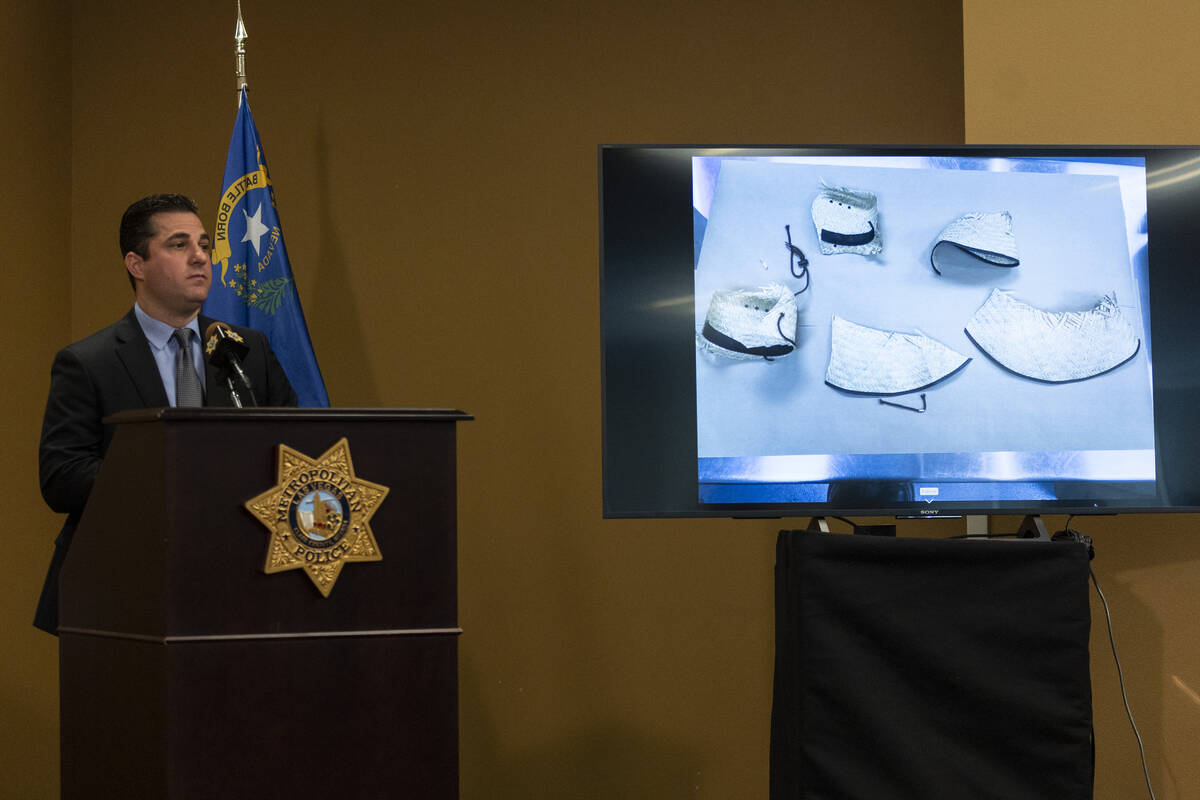 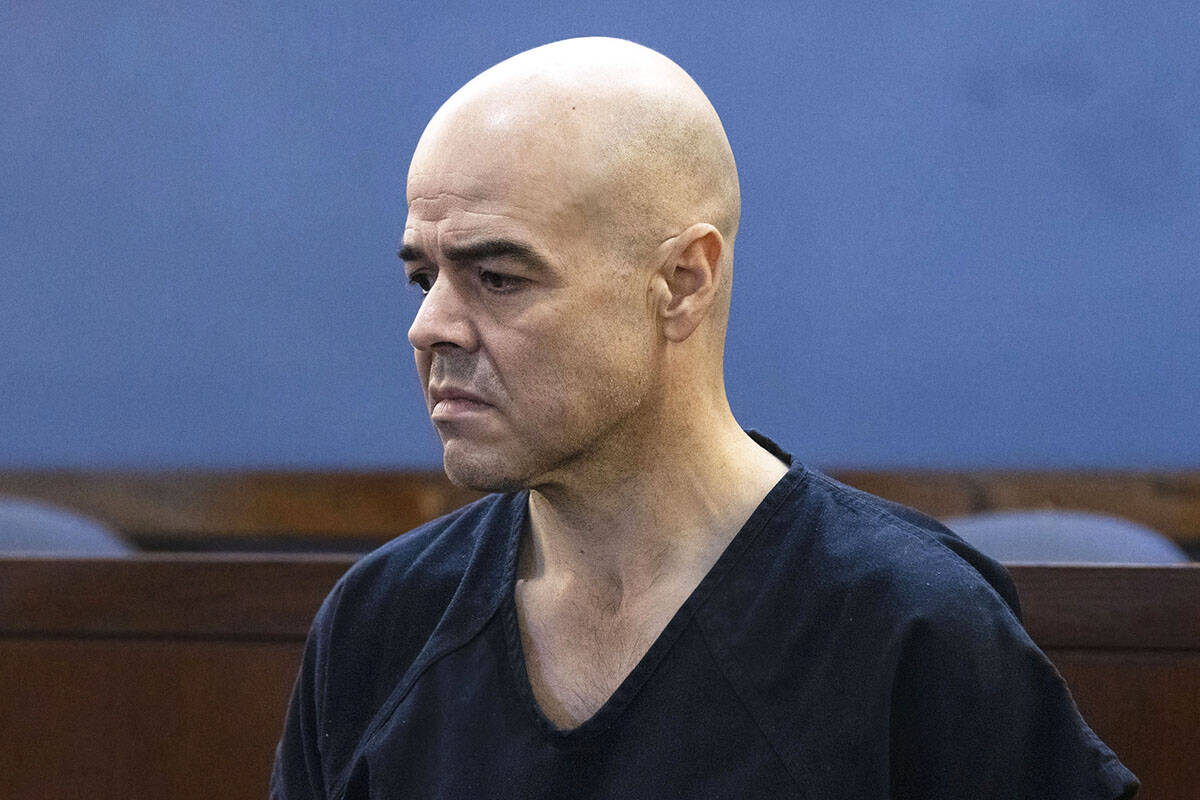 German, 69, was fatally stabbed to death on Sept. 2 outside his northwest Las Vegas home by a man in a bright orange vest and a large sunhat, police said at the time. Former Clark County public administrator Robert Telles was arrested in connection with the death after police said DNA on Telles’ clothes matched evidence found under German’s fingernails.

With a torn-up hat and shoes the Metropolitan Police Department had previously released photos of, officers since have located a duffel bag they suspect the killer was carrying, Metro Capt. Dori Koren told the Review-Journal on Thursday.

Detectives had not uncovered an orange shirt the suspect was wearing, Koren said.

Lombardo said that the shoes were found behind a couch in the living room of Telles’ Peccole Ranch home and the hat was found in the garage.

Koren and Lombardo said they were not investigating any other suspects in German’s death, and they did not plan to charge Telles with any other crimes as of Thursday.

Las Vegas police and prosecutors have said that Telles was “lying in wait” when he attacked German, who had written stories critical of Telles’ handling of the office.

German probably died quickly after he was stabbed in the neck and torso, a medical expert told the Review-Journal after a review of German’s autopsy report.

There were seven sharp force injuries, including four to German’s neck. One cut his carotid artery, the report said.

Dr. Dale Carrison, who reviewed part of the coroner’s report, said a carotid artery injury results in a quick death.

“That would be a fatal injury,” said Carrison, who is professor emeritus of emergency medicine at University of Nevada, Reno and a former FBI agent. “He would be dead within several minutes. It is significant.”

Carrison said the fact that the investigator’s report said “rigor mortis was passing” means German would have been dead for at least 24 hours because that is the minimum time it takes for the body to move out of rigor mortis.

“It’s usually present for 24 hours, and then it does go away,” he said. “He definitely would have had to have been lying out there for a significant period of time.”

A neighbor discovered him earlier that morning lying behind shrubs in his side yard, the coroner’s investigation summary said. Neighbors had been unable to reach German and went to check on him.

There were three other stab wounds to his torso, according to the report.

Superficial wounds were found on the hands and forearms that are “compatible with defense-type injuries,” the report showed, and German also had multiple abrasions.

Lombardo said last month that video of the stabbing was recovered, but officers were working to clarify the “distorted video.” He said they planned to release the content and had sent it to the FBI hoping to enhance it.

Koren said Telles was under “protective custody” inside the Clark County Detention Center because of the high-profile crime he was arrested in connection with.