A 39-year-old man was shot to death Saturday morning during an argument at an eastern Las Vegas Valley apartment complex.

Lorenzo Price was pronounced dead shortly after 10:20 a.m. at Sunrise Hospital and Medical Center, according to the Clark County coroner’s office. He was shot in the back and his death was ruled a homicide.

Price was found about 9:40 a.m. lying in the parking lot of the Harmon Hills apartment complex, 5421 E. Harmon Ave., after the Metropolitan Police Department received multiple reports of a shooting.

Detectives determined that Price and another man were arguing just outside of an apartment when the other man pulled out a firearm and shot Price, police said Monday. Price took off running but eventually collapsed in the lot.

His killing marked the 47th homicide this year in Clark County, and the 35th investigated by Metro, according to records maintained by the Las Vegas Review-Journal.

The shooter left the scene before officers arrived at the complex. An arrest had not been made as of Monday. 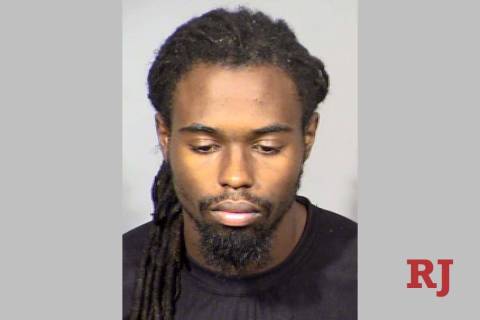