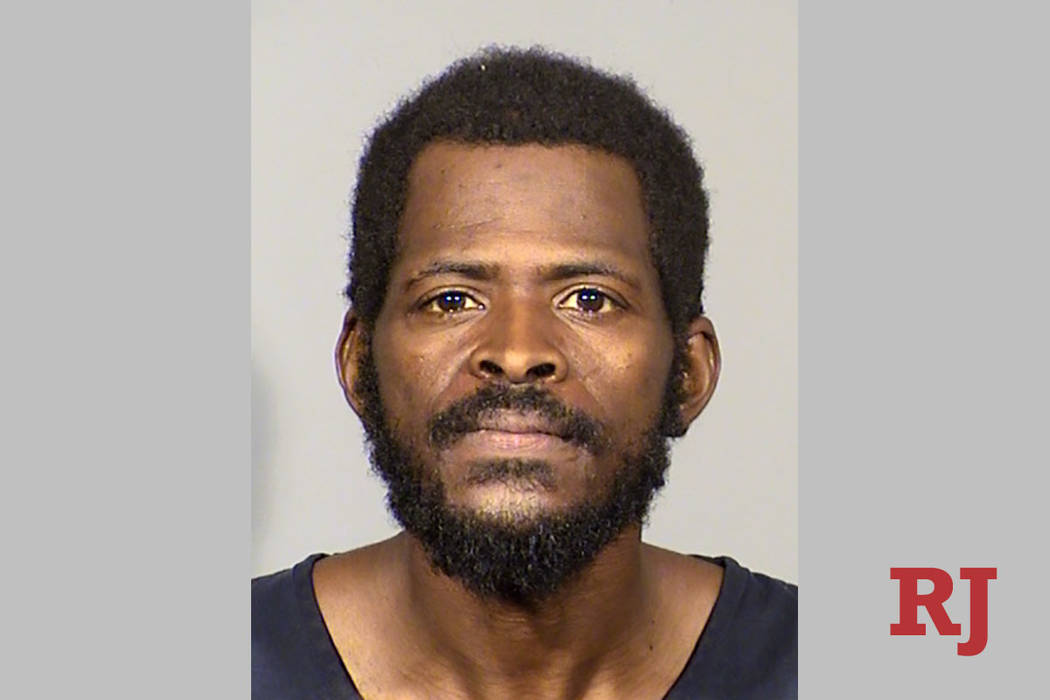 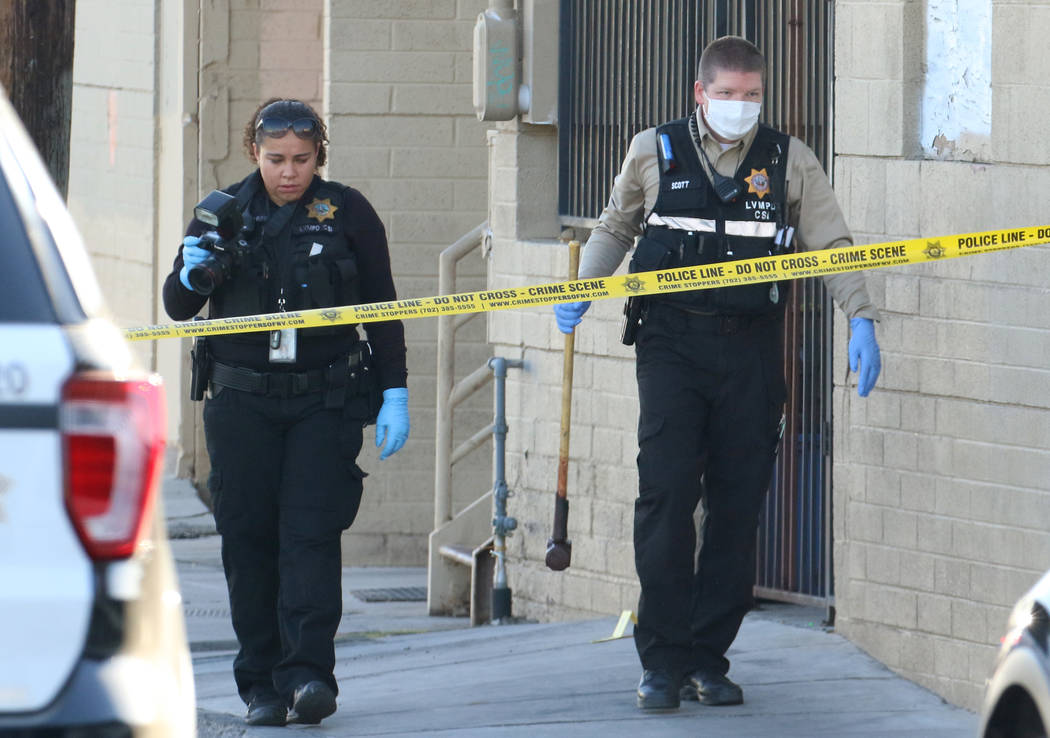 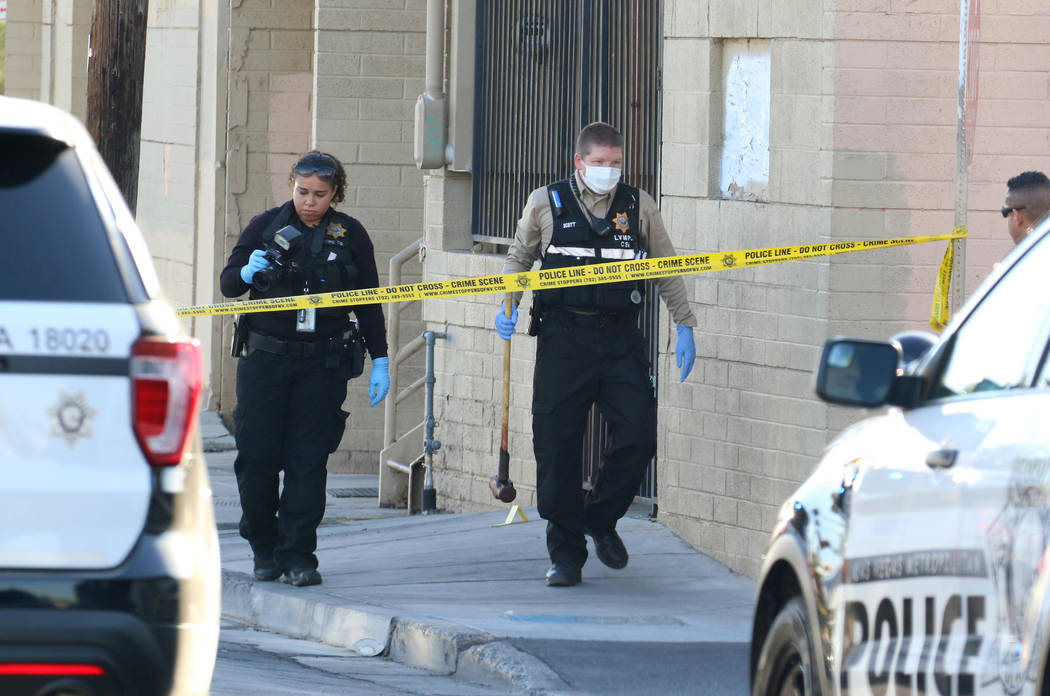 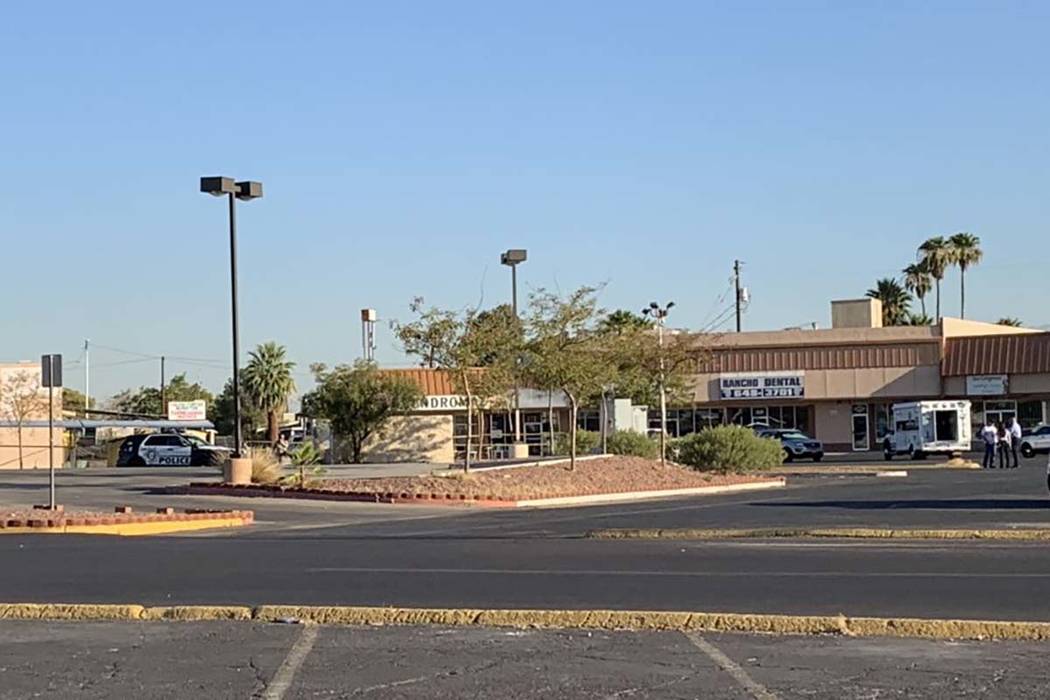 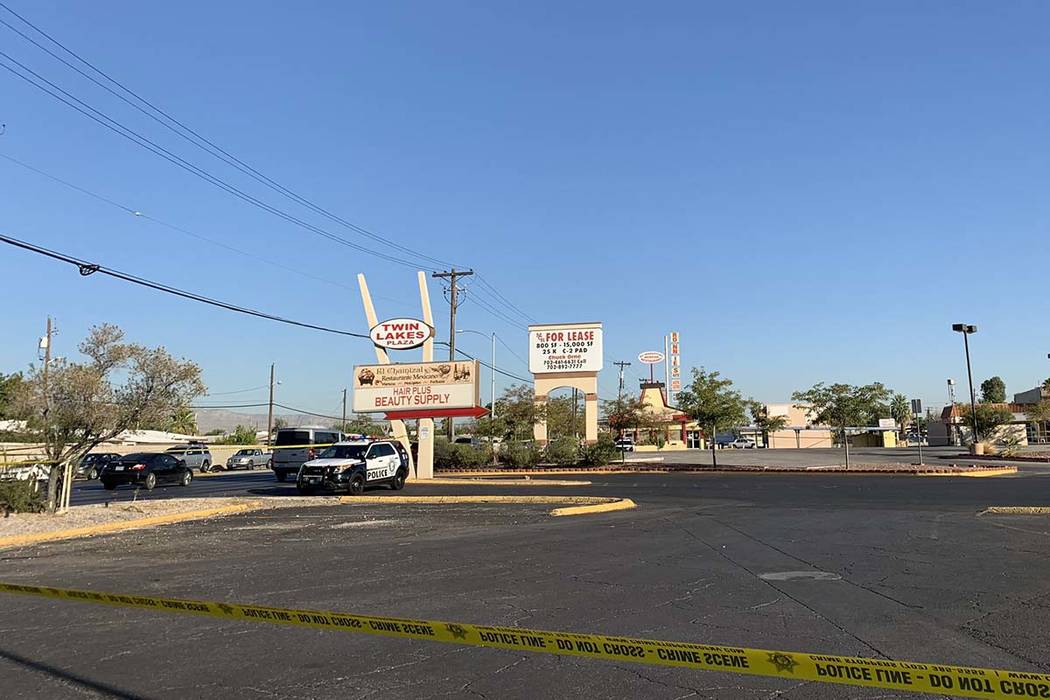 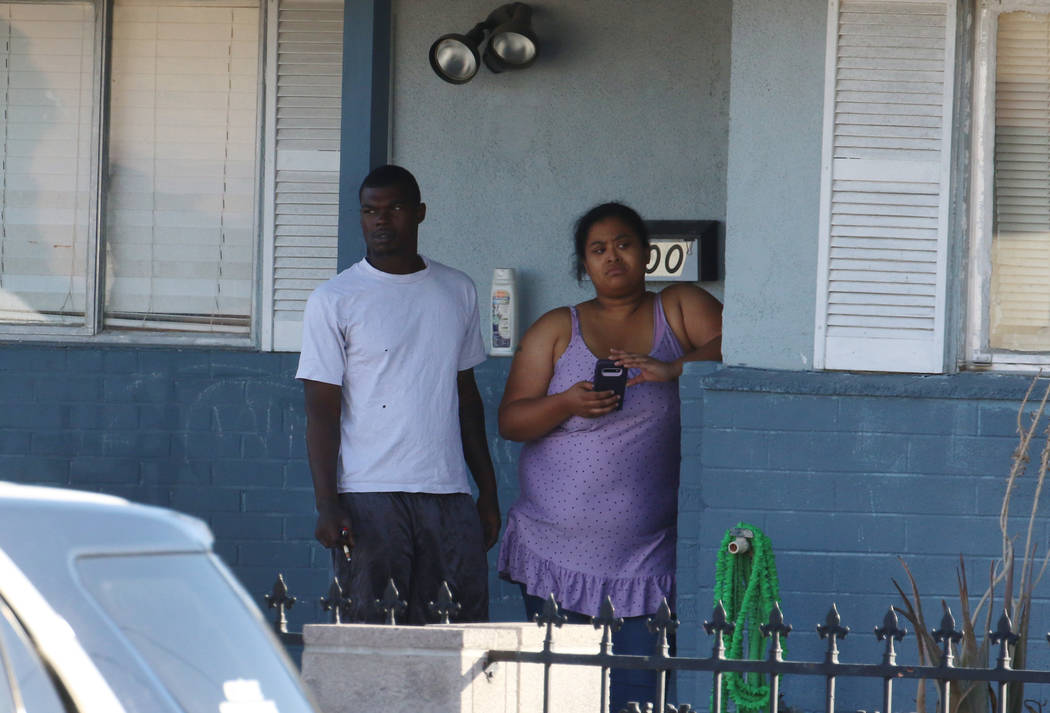 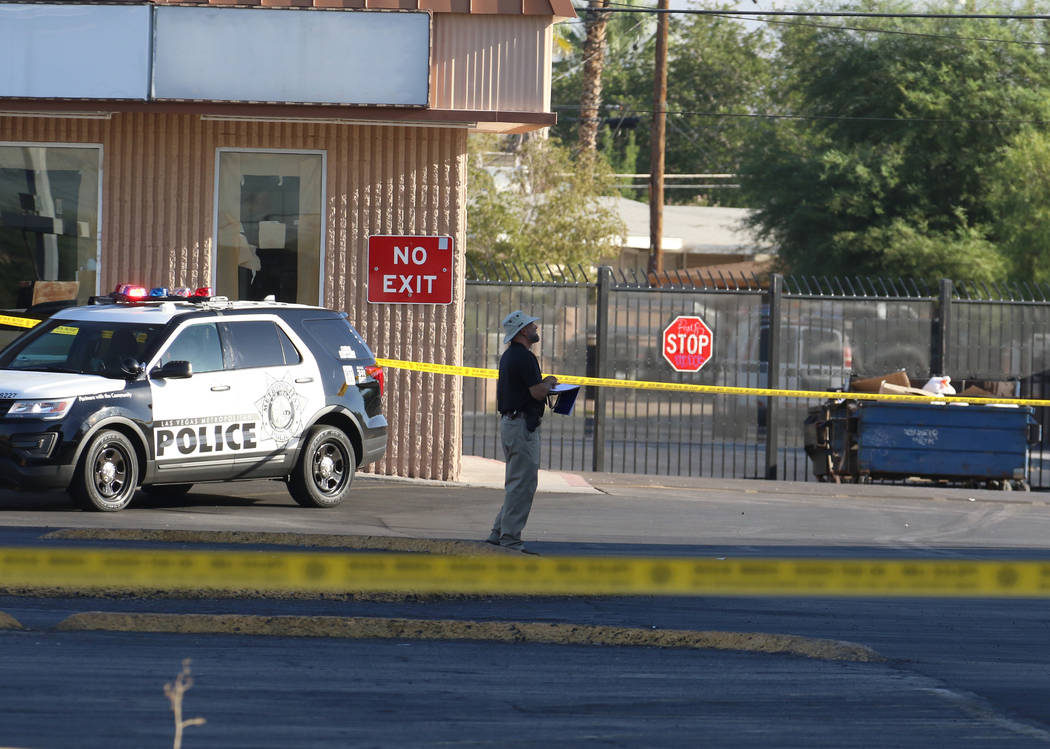 Las Vegas police investigate after a woman was killed with a sledgehammer on the 1000 block of North Rancho Drive, just north of West Washington Avenue on Thursday, Aug. 29, 2019, in Las Vegas. (Bizuayehu Tesfaye/Las Vegas Review-Journal) @bizutesfaye 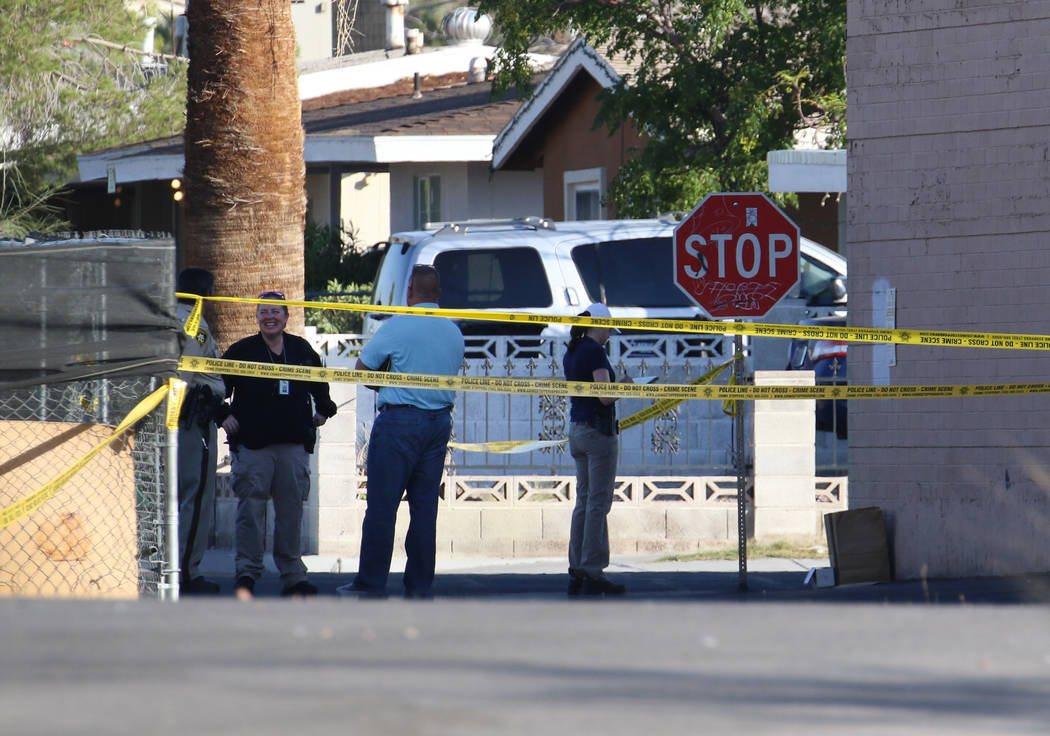 Las Vegas police investigate after a woman was killed with a sledgehammer on the 1000 block of North Rancho Drive, just north of West Washington Avenue, on Thursday, Aug. 29, 2019, in Las Vegas. (Bizuayehu Tesfaye/Las Vegas Review-Journal) @bizutesfaye

A 36-year-old man is in custody after a woman was bludgeoned to death with a sledgehammer in what Las Vegas police said was a random attack at a laundromat early Thursday.

Clinton Taylor was booked into the Clark County Detention Center on one count of murder with a deadly weapon, jail records show.

Metropolitan Police Department homicide Lt. Ray Spencer said a woman called 911 from the central valley laundromat shortly after 5 a.m. to report a man outside with a sledgehammer. The woman said she was doing her laundry alone at 1076 N. Rancho Drive, just north of Washington Avenue.

While still on the phone with police, the woman screamed and the phone call dropped, Spencer said. When officers arrived, they found her dead.

“At this point we believe it was random from listening to the 911 call,” Spencer said. “It doesn’t appear like she knows him.”

Shortly after they arrived, officers arrested Taylor behind the laundromat. He had a sledgehammer in his hands and blood on him, Spencer said.

“It’s definitely a disturbing crime when you have a victim who was bludgeoned with a sledgehammer doing laundry in the morning,” Spencer said.

Although the laundromat had opened at 4:30 a.m., police said no employees were inside. Spencer also said there were no apparent witnesses or surveillance footage of the attack.

The Clark County coroner’s office will identify the woman killed once her relatives have been notified.

Katherine Ferguson, who for about 50 years has owned the Twin Lakes Plaza shopping center where the laundromat is located, said early Thursday she was not aware of the attack. The shopping center mostly serves the surrounding community and has been “mostly calm” over the years, she said.

Most of the nearby stores were closed and gated from the inside Thursday afternoon, but the laundromat remained open and displayed a sign warning of video surveillance.

Taylor is being held without bail and is set to appear in court Friday morning.