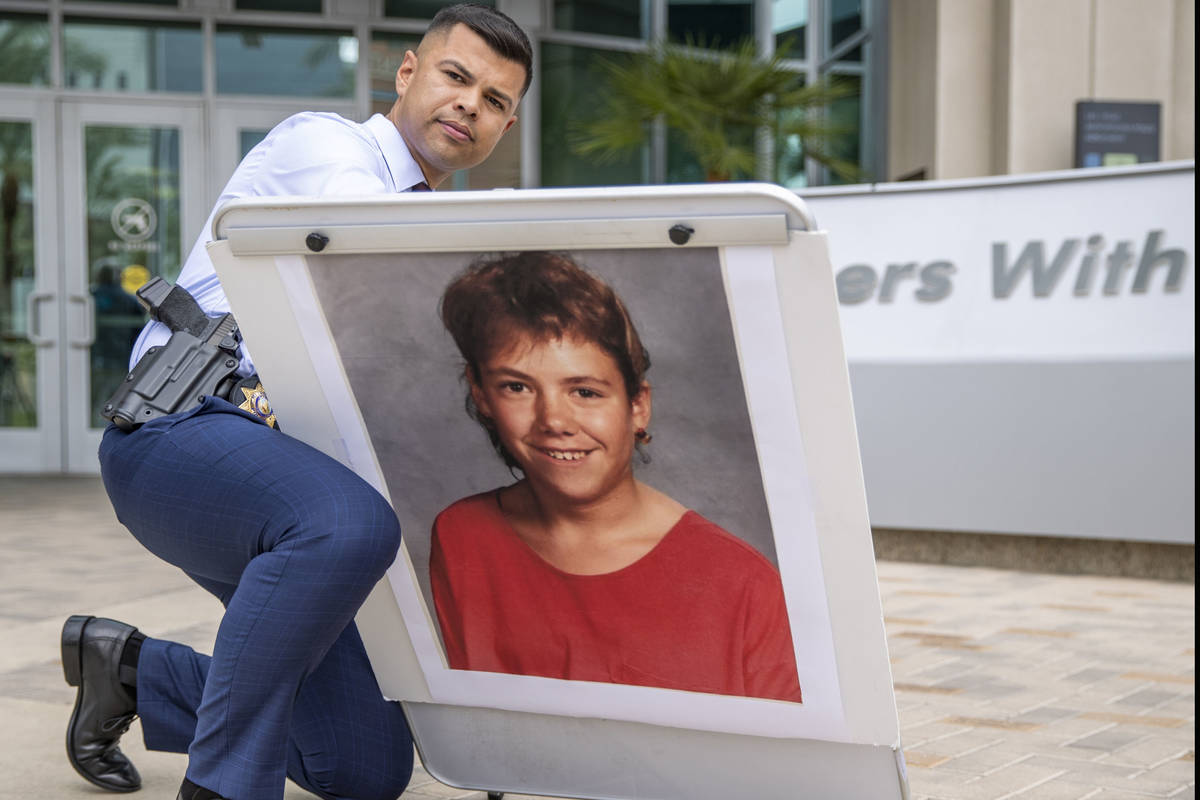 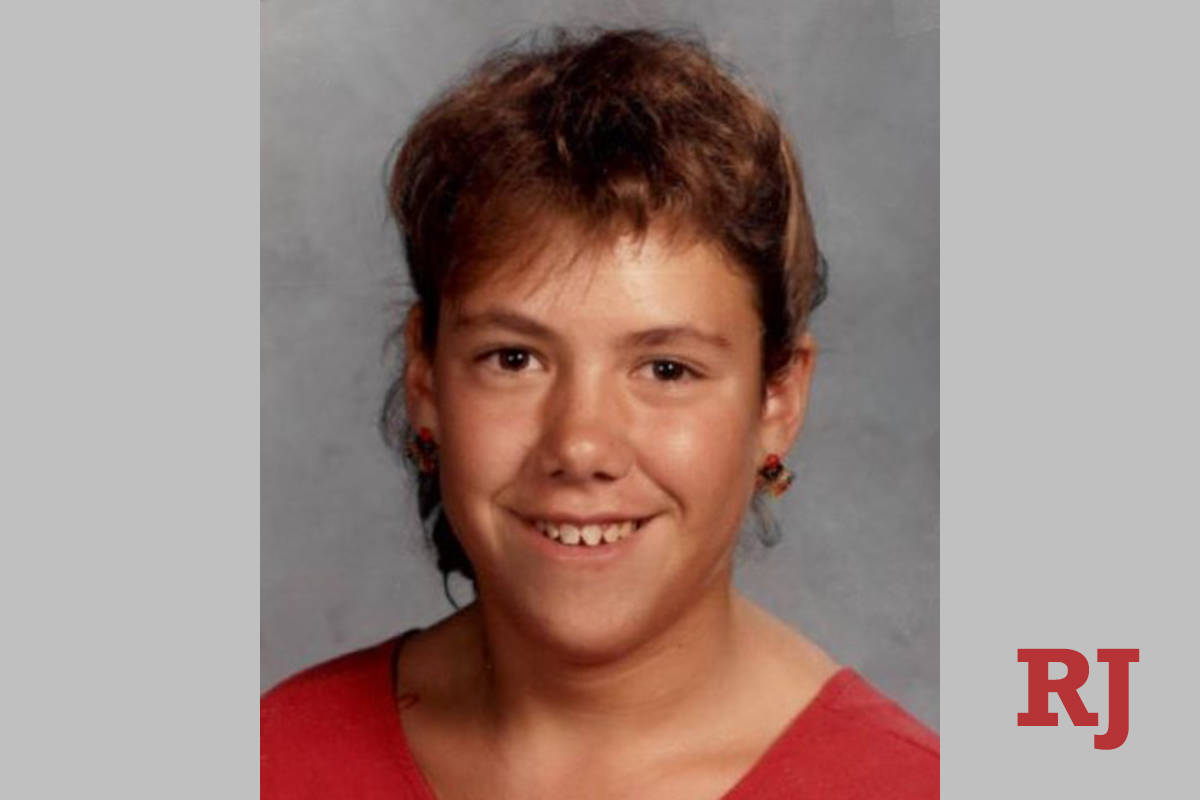 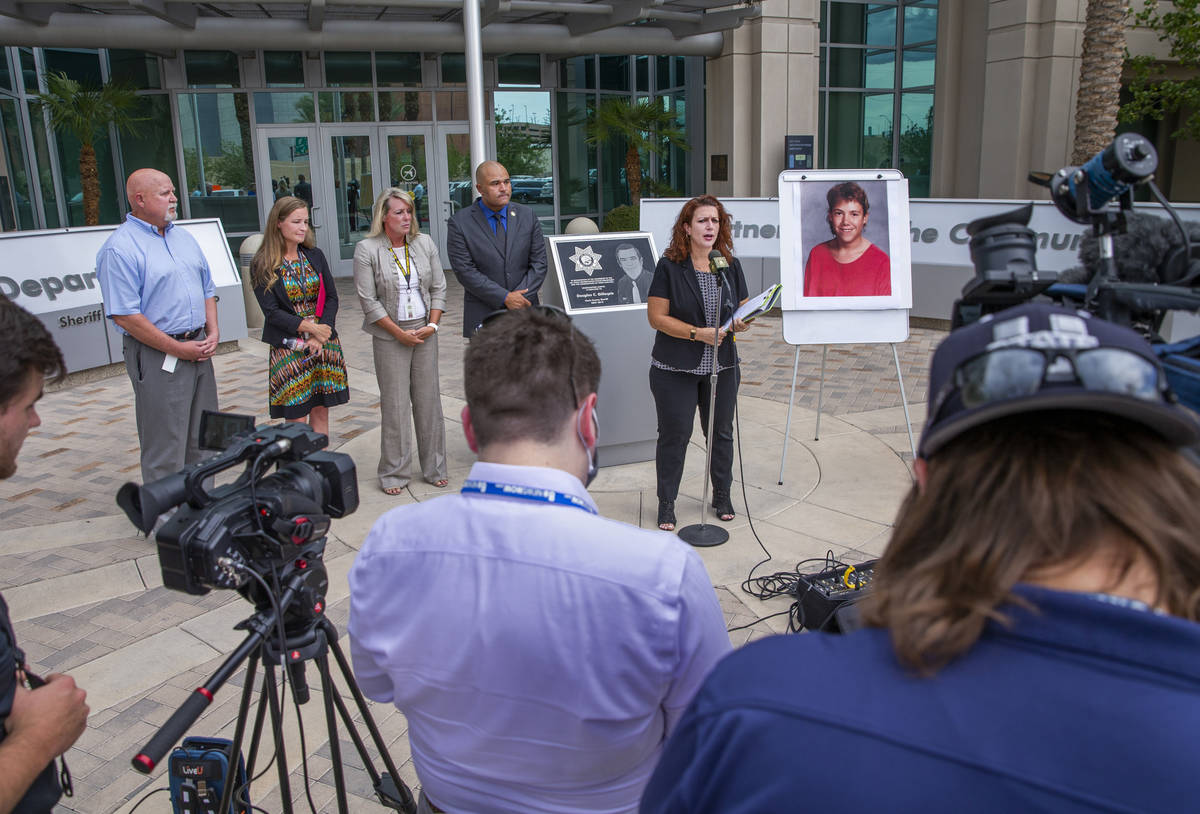 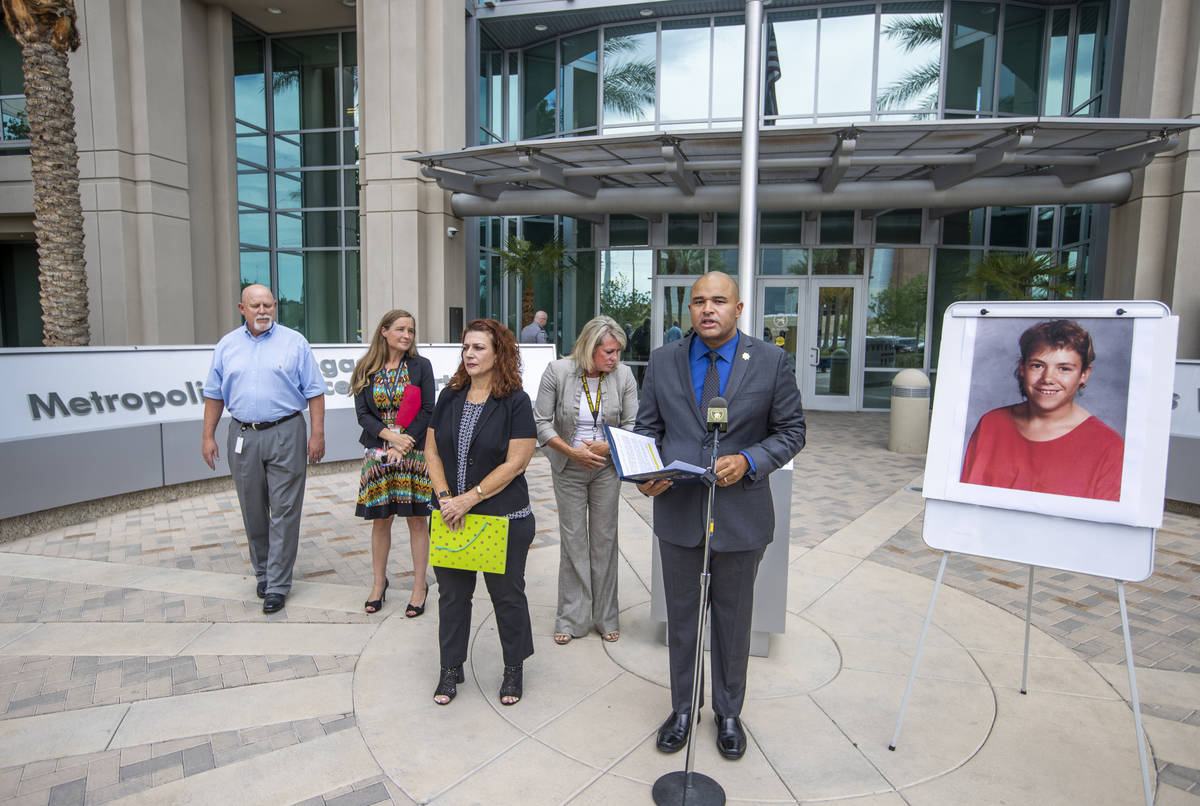 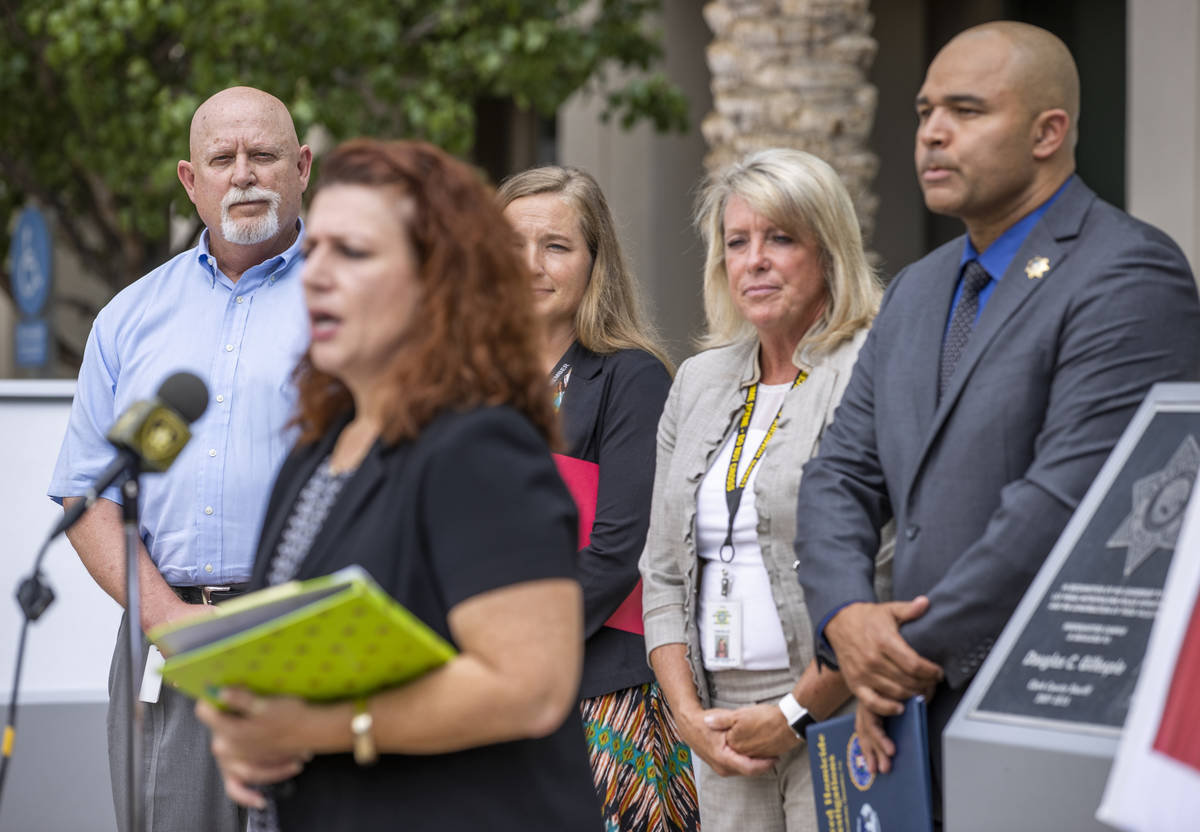 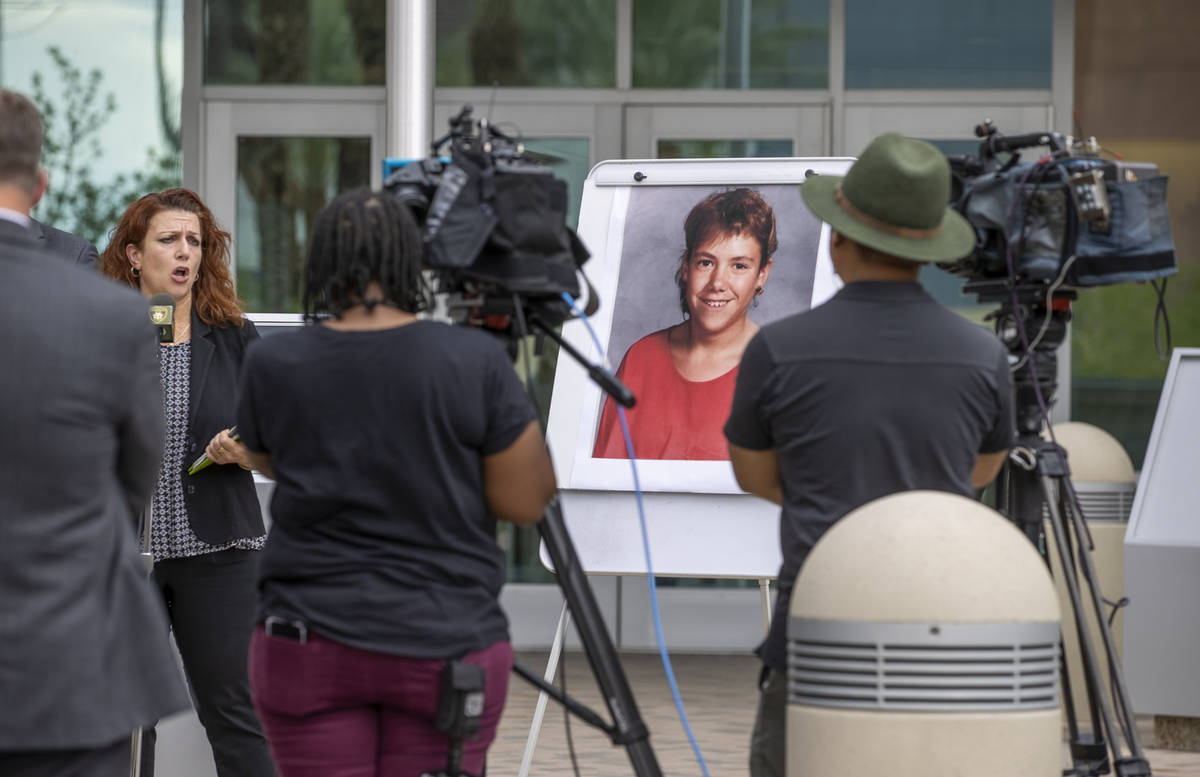 Using a mere 15 cells of DNA evidence, Las Vegas police have identified a suspect in the 1989 slaying of a 14-year-old girl, officials announced Wednesday.

Kim Murga, head of the Metropolitan Police Department’s forensics lab, said the sample used to identify Darren Roy Marchand as the man suspected of sexually assaulting and strangling Las Vegas teen Stephanie Isaacson more than 30 years ago now holds the world record for the smallest amount of DNA ever used to help solve a crime.

The cells were analyzed using new DNA technology that was funded through a donation from local entrepreneur and philanthropist Justin Woo, homicide Lt. Ray Spencer said during a Wednesday news conference.

Stephanie went missing on June 1, 1989. She left home that morning to walk to class at Eldorado High School but never arrived and never came home, police said. Her father reported her disappearance.

At the time, Las Vegas police conducted an extensive search for the girl. Her body was located that evening in what was then a desert lot near Nellis Boulevard and Stewart Avenue.

“I’m glad they found who murdered my daughter,” Stephanie’s mother, who was not named, said in a statement, which Spencer read aloud. “I never believed the case would be solved.”

Murga explained that DNA testing had been done multiple times in Stephanie’s case over the last three decades, but the case likely could not have been solved without Woo’s donation. She said older DNA technology was used in 1998, then a DNA profile was obtained from semen found on Stephanie’s shirt in 2007.

From 2007 to 2020, Metro’s lab compared over 30 DNA samples against that DNA profile, but none of them matched. To this day, Murga said there still has not been a hit from the FBI’s national DNA database.

The November donation from Woo was earmarked for helping solve homicide cases with little DNA evidence. Police did not say the exact amount that Woo donated. But using the funds, investigators in January selected Stephanie’s case and sent what little DNA evidence they had to Texas lab Othram, police said Wednesday.

“Within seven months, that testing was completed, just a week or two ago,” Murga said.

In a Facebook post on Wednesday afternoon, Woo said that the news was “better than vacationing in Greece.” Previous posts indicated he was vacationing in Santorini, Greece, as recently as Sunday.

“I love the Las Vegas community and I’m always looking for ways to help,” he added in a comment.

The Texas lab was able to identify Marchand as a suspect through a testing procedure called genome sequencing. In 2018, California’s since-convicted Golden State Killer was identified through such testing, and Murga said Metro has utilized the testing in at least 15 cases over the last five years.

David Mittelman, CEO of Othram, said the lab is more affordable than many other forensic testing options — typically costing around $5,000 end-to-end.

“One of the advantages of having your own lab and doing everything in-house is that you can really refine the methods,” Mittelman said. “I’m hoping that this case will inspire other agencies to dig through their backlogs and find cases that may look hopeless or unsolvable, but really are tractable with some of this new technology.”

Three years before Stephanie’s death, Marchand, of Las Vegas, was arrested at age 20 in connection with the 1986 strangulation of another local woman, Nanette Vandenberg, who was in her 20s, police said. Marchand was released later that year when the case was dismissed due to lack of evidence. He died by suicide in 1995, Spencer said.

“It’s good to have some closure, but there is no justice for Stephanie at all,” her mother’s statement continued. “We will never have complete closure because nothing will ever bring my daughter back to us.”