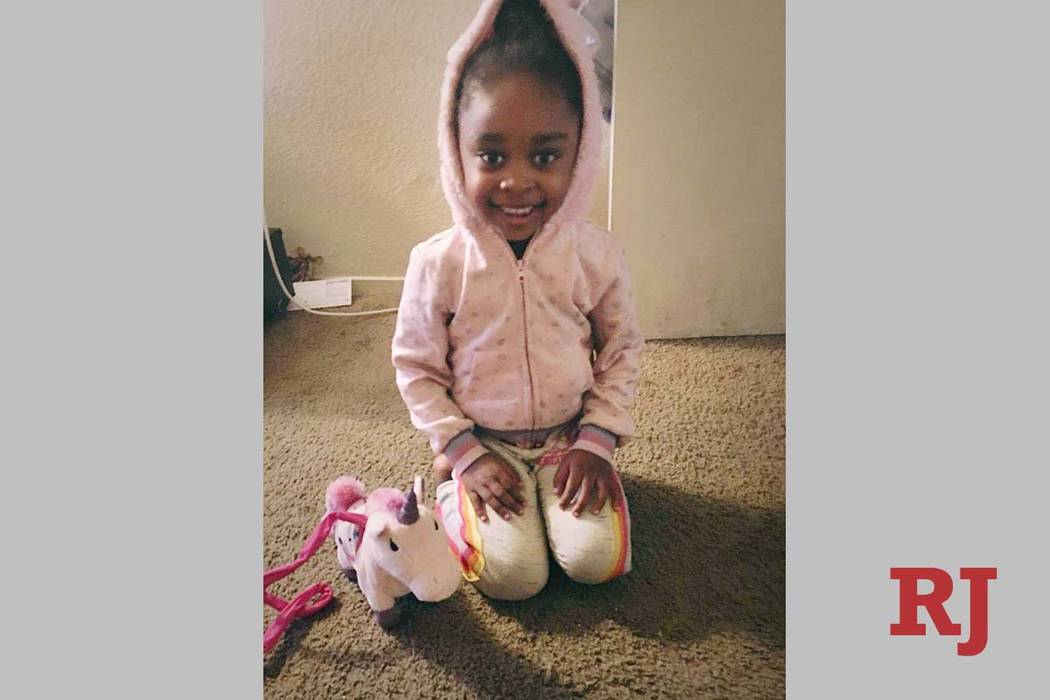 An undated photo of Janiyah Russell, 5, who died on Sept. 11, 2019, in Las Vegas. Her father's girlfriend, 23-year-old Shevhuan Miller, faces a murder charge in connection with the death. (Tesha Anderson) 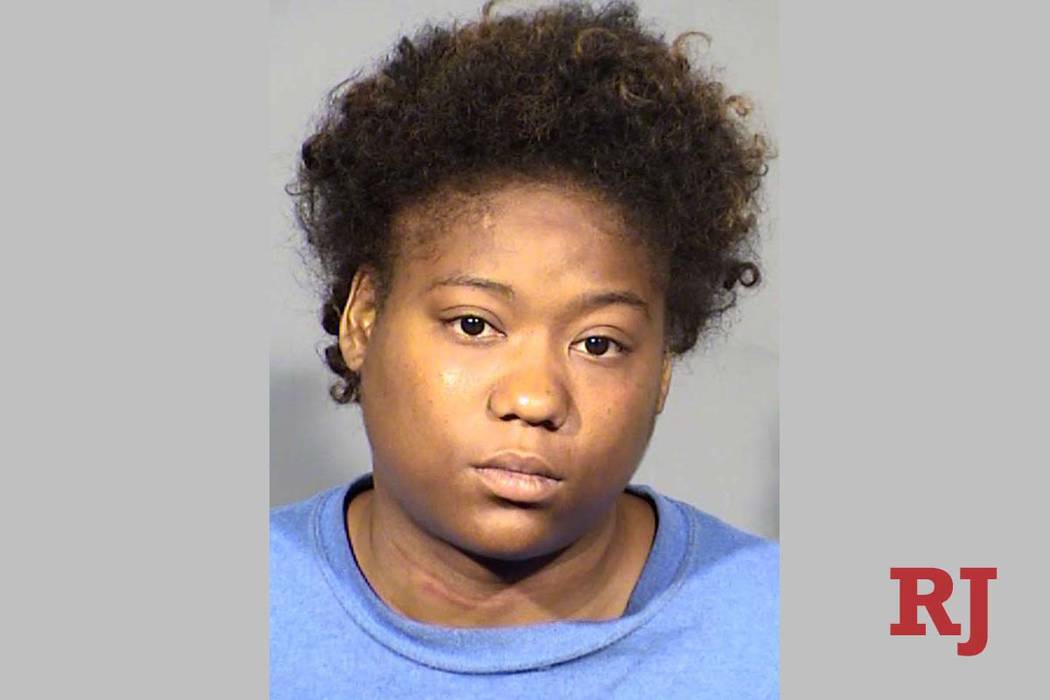 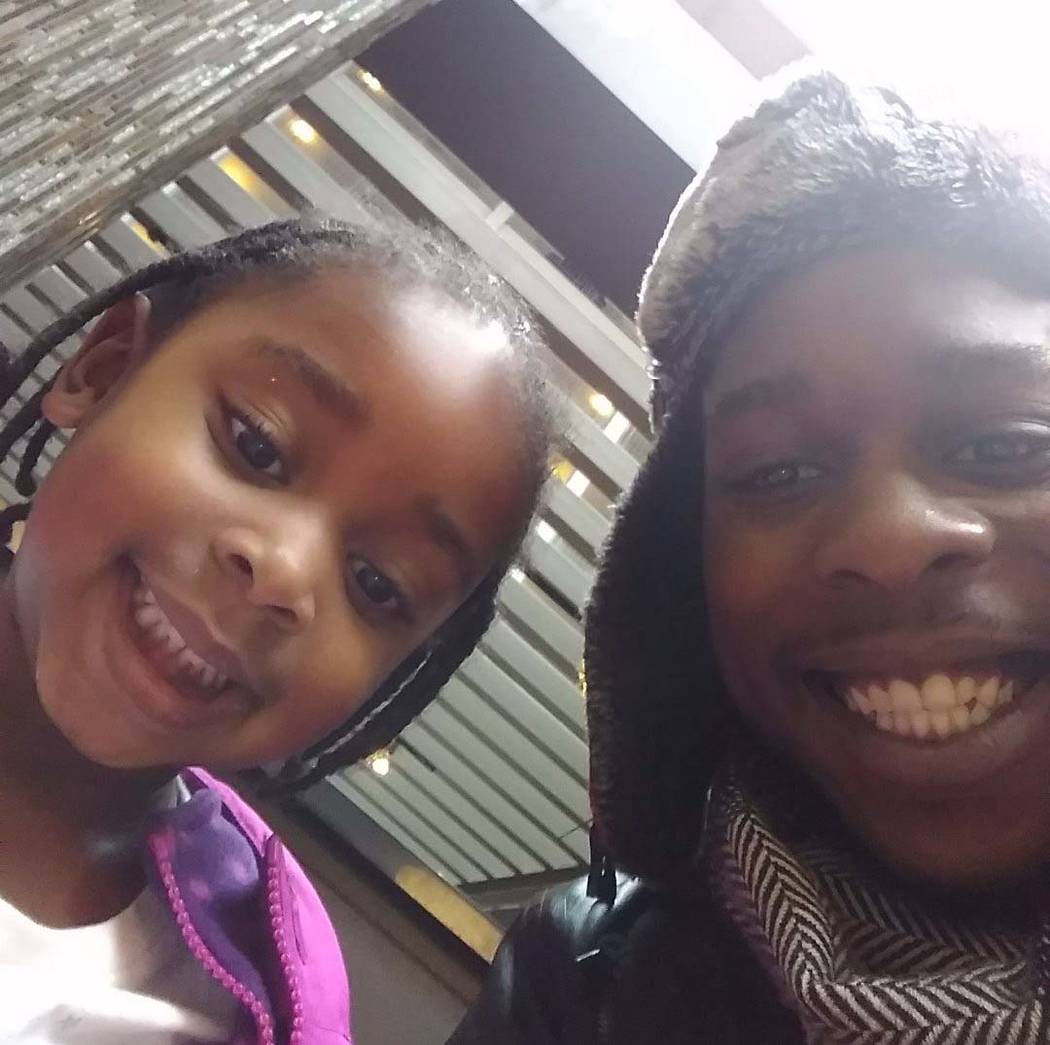 Janiyah Russell, 5, with her father, Richard Davis. Janiyah died on Sept. 11, 2019, in Las Vegas. Her father's girlfriend, Shevhuan Miller, faces a murder charge in connection with the death. (Myra Anderson)

A woman was arrested Thursday on suspicion of murder in the death of her boyfriend’s 5-year-old daughter.

Relatives said the girl referred to the woman as “Mom.”

The victim, identified by the Clark County coroner’s office as Janiyah Russell, was rushed to Sunrise Hospital and Medical Center around 8 a.m. Wednesday for treatment but was pronounced dead about a half-hour later.

Few details have been released regarding the circumstances surrounding Janiyah’s death, but on Thursday, a spokeswoman for the Metropolitan Police Department said 911 dispatch had received a call that morning seeking help for a child who was “suffering a medical episode” at The Suites, an extended-stay apartment complex near Boulder Highway and Twain Avenue.

Shevhuan Miller, 23, faces one count of open murder and three counts of child abuse or neglect resulting in substantial bodily harm, according to jail and court records.

The coroner’s office has yet to determine Janiyah’s official cause and manner of death, but on Friday morning, during Miller’s first court appearance, a prosecutor read from her arrest report, describing “bruising after bruising” found on the girl’s body as well as a lacerated liver.

Justice of the Peace Ann Zimmerman interrupted the prosecutor, saying, “I’ve read the arrest report, and I’ve read about the injuries and the death of the child, and I feel like there’s so much more information that needs to be provided.”

She did not elaborate and ordered Miller held without bail at the Clark County Detention Center pending her next court appearance, during which another judge will address her custody status.

During the brief hearing, Miller kept her head down and did not look into the courtroom gallery, where Janiyah’s family sat, listening intently.

Myra Anderson, Janiyah’s aunt, walked out of the courtroom shortly after details of the girl’s injuries had been revealed. She and her twin sister, Kyra, and their aunt, Tesha, attended the court hearing while Janiyah’s father and grandmother, Richard and Barbara Davis, were at the funeral home sorting out details for her service.

“Janiyah called this woman ‘Mom,’” Myra Anderson, crying, later told the Las Vegas Review-Journal outside the courtroom. “She knew her as ‘Mom.’ She didn’t know anyone else as ‘Mom’ but her.”

The Anderson family said Miller had been a part of Janiyah’s life since she was born. Miller and the girl’s father started dating six years ago, they said.

“What happened in there? We just want to know what happened,” Myra Anderson said, adding that Miller had been watching the girl at the time.

Court records did not list a co-defendant in the case as of Friday afternoon.

“We don’t hate her,” Tesha Anderson, the girl’s great-aunt, said of Miller. “But we want justice for our Janiyah.”

Scrolling through photos on her cellphone, Tesha Anderson pulled up a recent image of Janiyah smiling as she sat next to a pink stuffed unicorn.

“She was happy. She was always happy and smiling,” she said, looking down at her phone. “And she looks just like her dad. They’re like twins.”

Myra Anderson said her brother had recently regained custody of Janiyah, who had ended up in and out of foster homes while under the care of her mother in another state.

“Shevhuan witnessed the hell he had to go through to get his daughter back,” Myra Anderson said. “Now my brother won’t get to see her go to school for the first time, or have her first boyfriend.”

A status hearing in the case is scheduled for Tuesday morning. Court records indicate that Miller does not have a criminal history in Clark County.

“We’ve always known her to be a nice girl,” Tesha Anderson said of the suspect. “We’re all just shocked.”

Janiyah’s death marked the 97th homicide investigation in Clark County this year, and the 72nd investigated by Metro, according to records maintained by the Review-Journal.