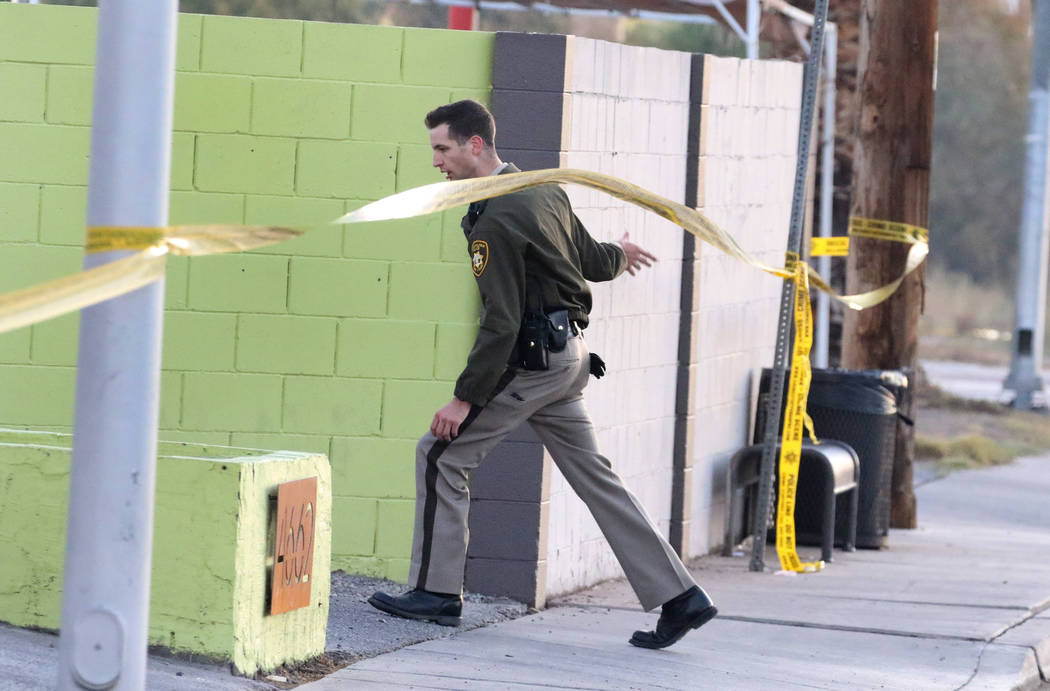 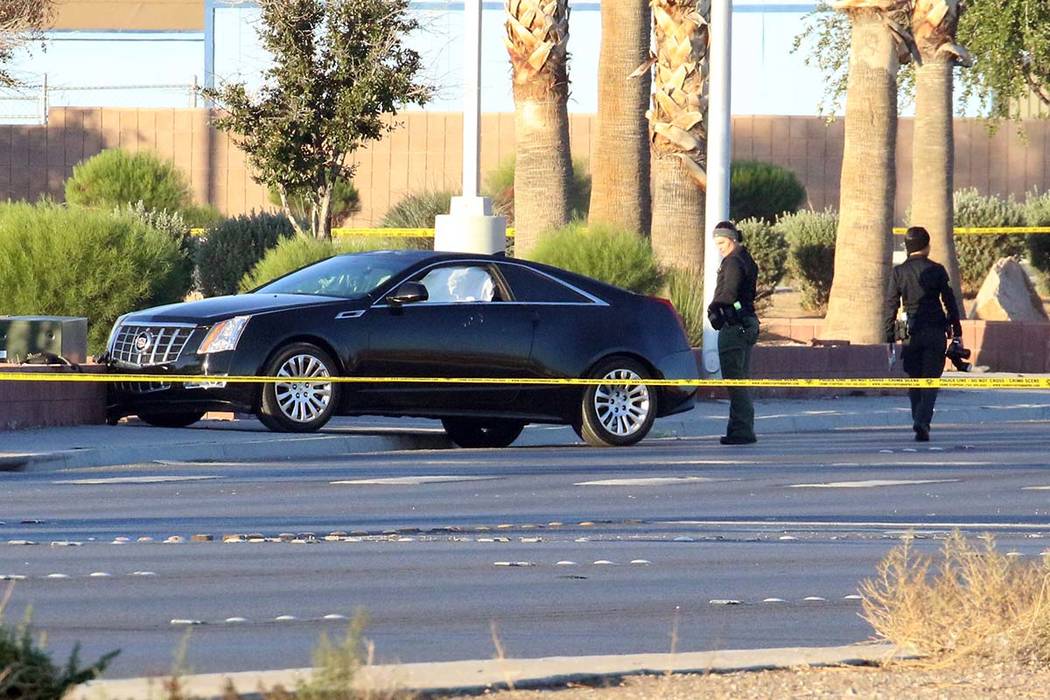 Police are investigating a homicide after a woman was found shot to death in a vehicle at East Lake Mead Boulevard and North Lamont Street on Monday, Nov. 25, 2019, in Las Vegas. (Bizuayehu Tesfaye/Las Vegas Review-Journal) @bizutesfaye

A woman found shot to death in northeast Las Vegas on Monday has been identified by the Clark County coroner’s office as a 48-year-old local woman.

Patricia C. Salas was found dead inside a car after officers responded to a crash around 5 a.m. near East Lake Mead Boulevard and North Lamont Street, according to Las Vegas police and the coroner’s office.

Her death was ruled a homicide caused by multiple gunshots, the coroner’s office said.

Police previously told the Review-Journal Salas probably was driving east of Lake Mead when she was shot.

“She then drove another quarter-mile before crashing into a wall,” the Review-Journal previously reported.

No arrests had been made in the woman’s death as of Wednesday.