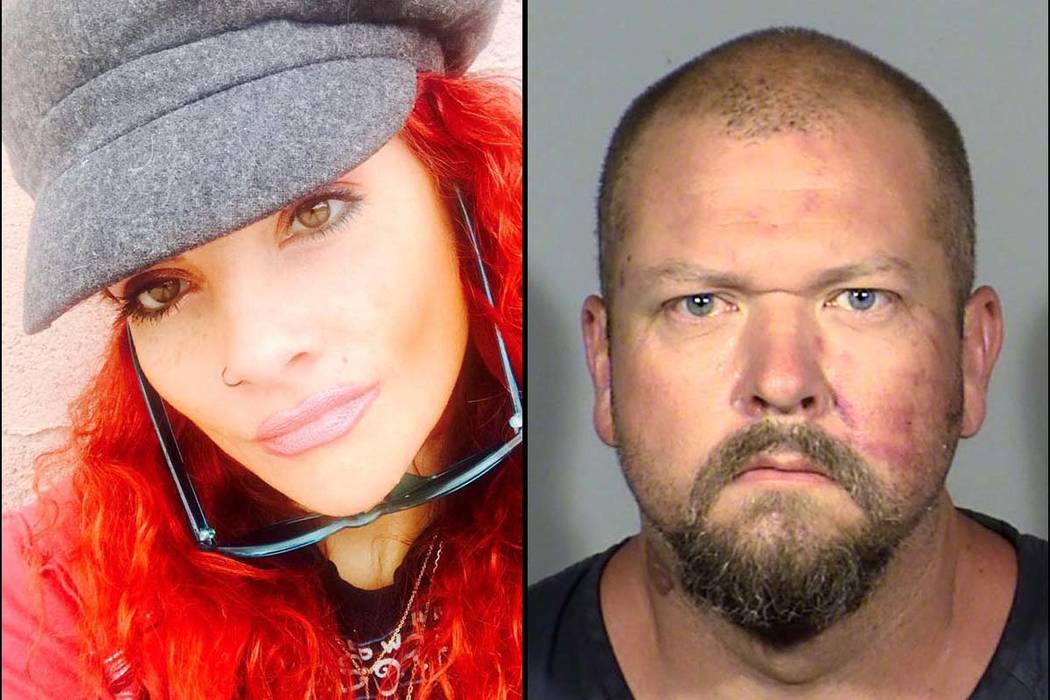 A series of chilling Facebook posts document the tumultuous relationship Stella Martinez had with her ex-boyfriend before he was accused of killing her.

In several posts, Martinez predicted her own death and recounted her failed efforts to get help from police.

The prediction proved true. Martinez, 39, died June 23 from brain injuries she received during a fight with a man June 3.

Las Vegas police have said a patrol officer saw her ex-boyfriend, Christopher Wood, choking her and pulling out her hair.

Afterward, she had no pulse. Wood, 41, faces a murder charge.

Loved ones remember Martinez as generous and kind. After struggling with addiction, she became active in Narcotics Anonymous, helping with seminars and challenging people to get clean.

“Stella had a heart for people who struggled,” her friend Rachael Chesin said. “She helped many people get clean, and she truly loved God and loved people deeply.”

Jessica Avras, Martinez’s sister-in-law, said Martinez dated Wood off and on for about a year.

Before she was killed, her family believed the couple had broken off their relationship decisively, Avras said.

‘You will never find me’

Social media posts suggest the two began dating about May 2016. The pair are seen in a number of photographs together throughout 2016 and can be seen in August and October exchanging expressions of love on each other’s pages.

But the public face of the relationship took a turn shortly afterward. Martinez posted on Wood’s page in January, calling him a sociopath.

“I wish I never met you, I did everything for you,” she wrote. She then accused him of destroying her life.

Martinez wrote that she was calling him out on social media to take back her power and warn other women about him.

Other comments foreshadowed the danger she faced.

“Although I have no doubt (you’re) still going to try to kill me but you will never find me,” she posted on his Facebook page in January.

In one comment, she described failed efforts to seek help from authorities. She wrote that police had taken his side in previous disputes and would not help her.

Avras told the Las Vegas Review-Journal that police were called several times. After one fight, North Las Vegas officers booked Martinez, not Wood, on a domestic violence charge, she said.

Sgt. Ann Cavaricci, a North Las Vegas police spokeswoman, confirmed that officers responded to a fight between the couple in November. Martinez was arrested and convicted of a domestic violence charge.

She stopped calling the police after that, because she was afraid they would turn against her, Avras said.

Martinez’s social network had responded to her posts, urging her to get a protection order, move and get away. The woman’s posts on Wood’s page were generally ignored, except in a few instances in which he called Martinez crazy.

Liz Ortenburger, executive director of the Safe Nest domestic violence advocacy group and women’s shelter, said victims and their loved ones should be careful on social media.

“You don’t always know if that’s private,” she said.

Stalking is a common element of domestic violence, which is about power and control for an abuser. While victims look for love and support online, abusers could be using that information to track them down. People responding to posts should not post names, locations or other information that could inadvertently lead abusers to their victims, Ortenburger said.

She suggested privately sending contact information for a domestic violence hotline instead.

“Social media is probably not the best place to get support and help,” she said.

Help is available for victims of domestic violence. To contact Safe Nest, visit safenest.org or call 702-646-4981.