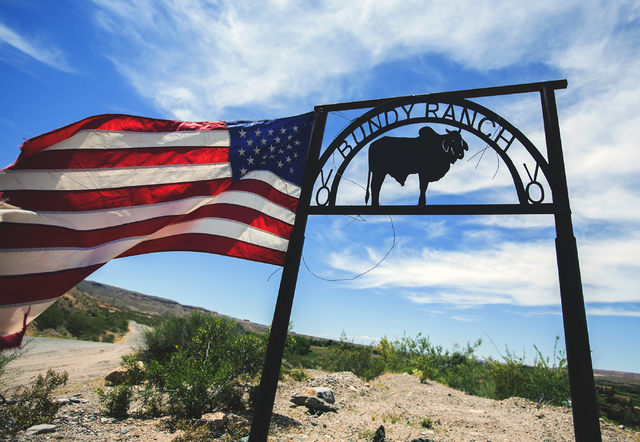 Choosing secrecy over transparency, a federal judge has issued a protective order withholding the bulk of the government’s evidence from the public in the Bunkerville standoff case.

The four-page order, written by U.S. Magistrate Judge Peggy Leen, prohibits defense teams for all 19 defendants from publicly disclosing grand jury transcripts, FBI and police reports, witness statements and other documents the government collected during its investigation into the 2014 armed standoff between Bundy family forces and law enforcement.

Leen issued the order without a public hearing and in the face of opposition from most of the defendants, including Bunkerville rancher Cliven Bundy and his four sons, and the Las Vegas Review-Journal and other media.

“This decision kills an ant with a sledgehammer,” Review-Journal Editor Keith Moyer said Saturday. “As a result, the tax-paying public will be in the dark, and the news media will be severely hampered in doing its job.”

In a 23-page decision filed late Friday, Leen explained that the government was within its constitutional authority to obtain a protective order from her because of security concerns in the high-profile case. Among the concerns Leen cited was a death threat against the prosecutors.

“The government has made a sufficient threshold showing of actual and potential threats, intimidation and harassment to victims, witnesses and law enforcement officers to show good cause for a protective order restricting dissemination of pretrial discovery,” Leen wrote.

She also said the media and the public do not have a “common law or First Amendment right” to access pretrial evidence obtained by the government.

Leen, however, said all materials the government obtained through “open sources,” during its investigation, including statements made by the defendants on the internet or social media, will not be covered under the protective order and can remain public.

Attorney Maggie McLetchie — who represents the Review-Journal, Battle Born Media and The Associated Press — said she was disappointed with the judge’s decision.

“From the media’s perspective, the order still cloaks much of the information about this case in secrecy despite the heightened need for transparency the judge recognized when allowing the media to intervene,” McLetchie said. “It is deeply troubling that so many documents will be automatically hidden from public view.”

“It”s unfortunate that so much information is going to be kept from the public in this case,” he said. “Ammon Bundy has never hidden anything and now the government wants to prosecute him in secret.

“I will continue to fight for justice in this case despite the government’s effort to keep information hidden.”

“He wants this trial to be open to the public, and he wants the public to see all of the evidence so that he can prove his innocence,” Rasmussen said.

They are to stand trial on Feb. 6 before Chief U.S. District Judge Gloria Navarro.