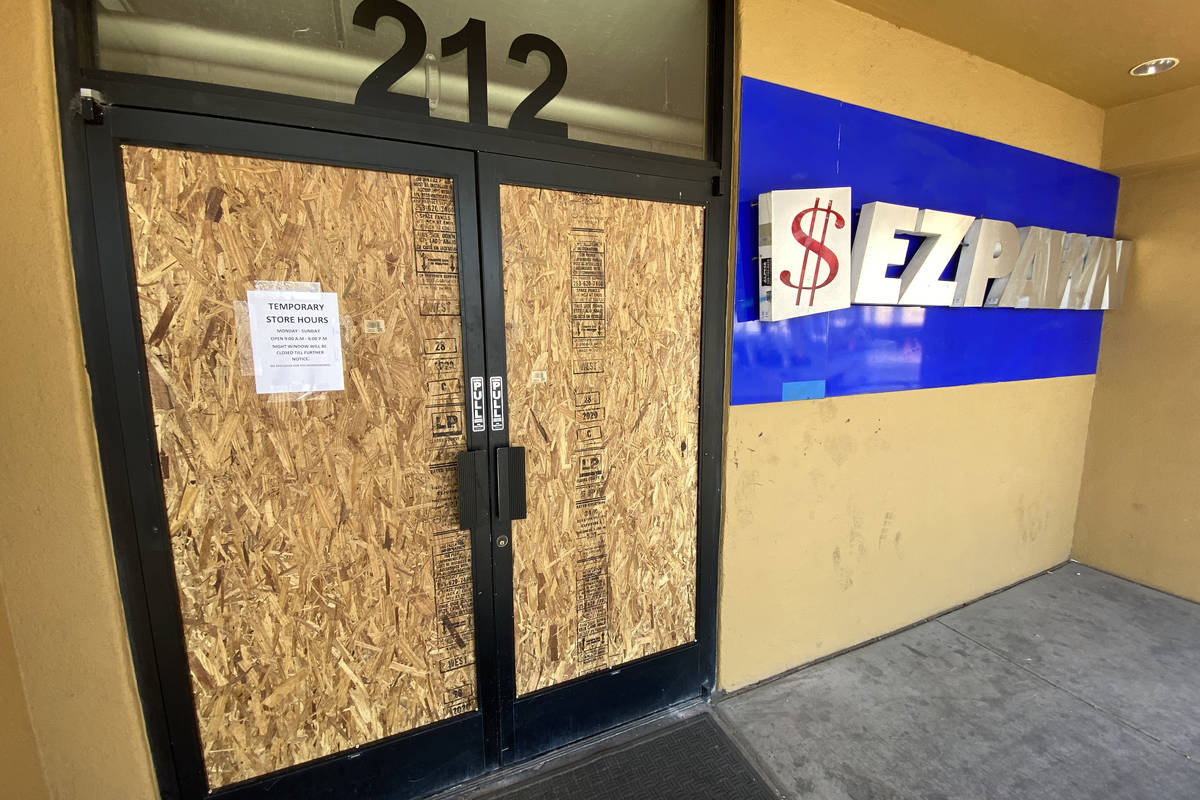 The EZ Pawn on Las Vegas Boulevard that was looted during protests on May 30 is boarded up on Election Day Tuesday, Nov. 3, 2020. (K.M. Cannon/Las Vegas Review-Journal) 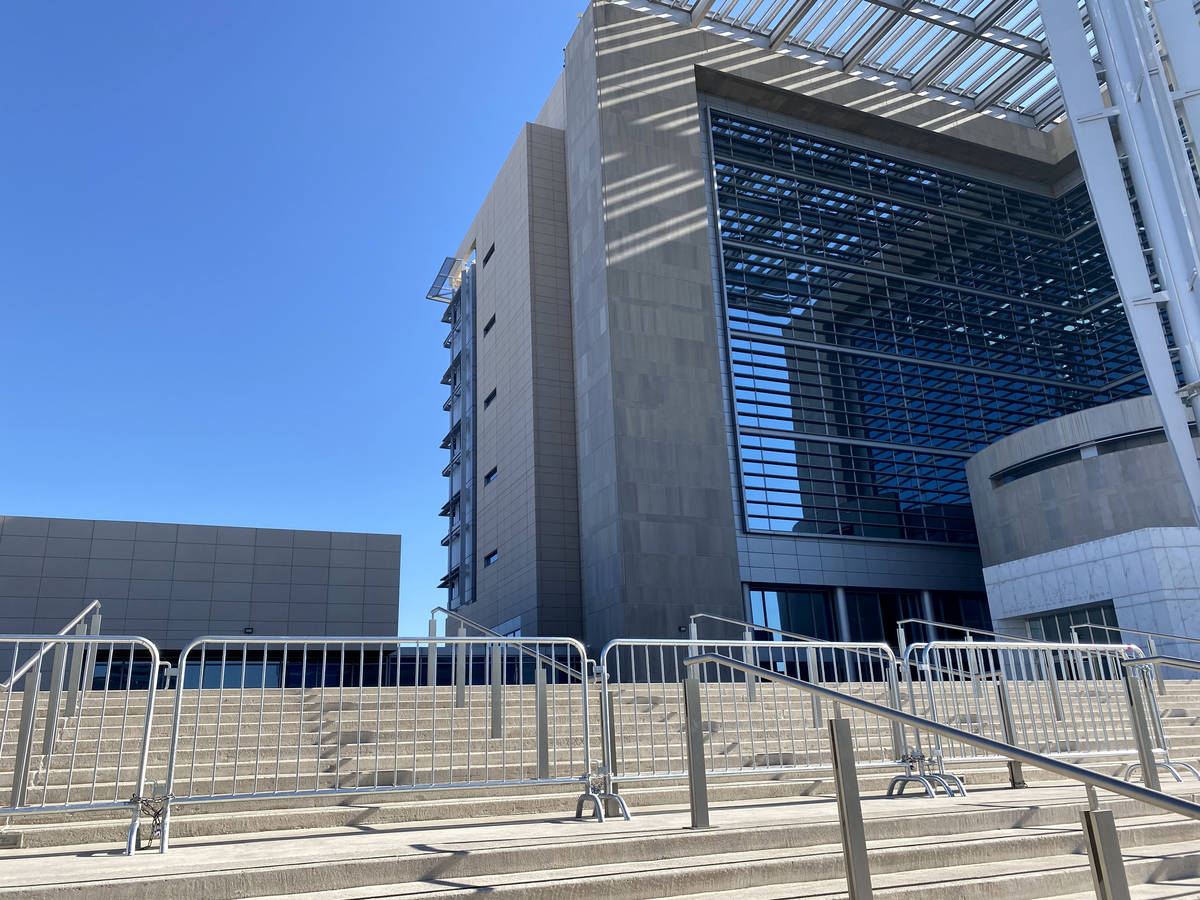 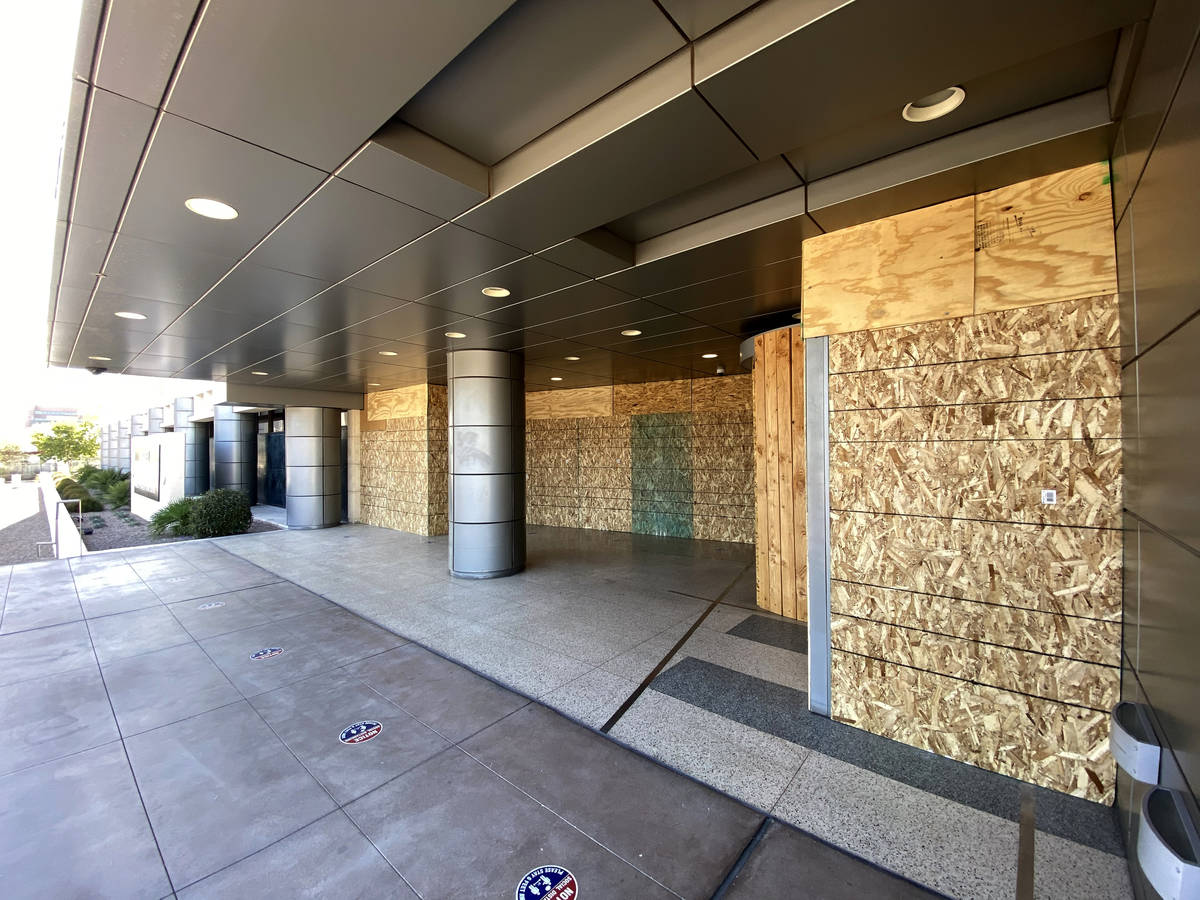 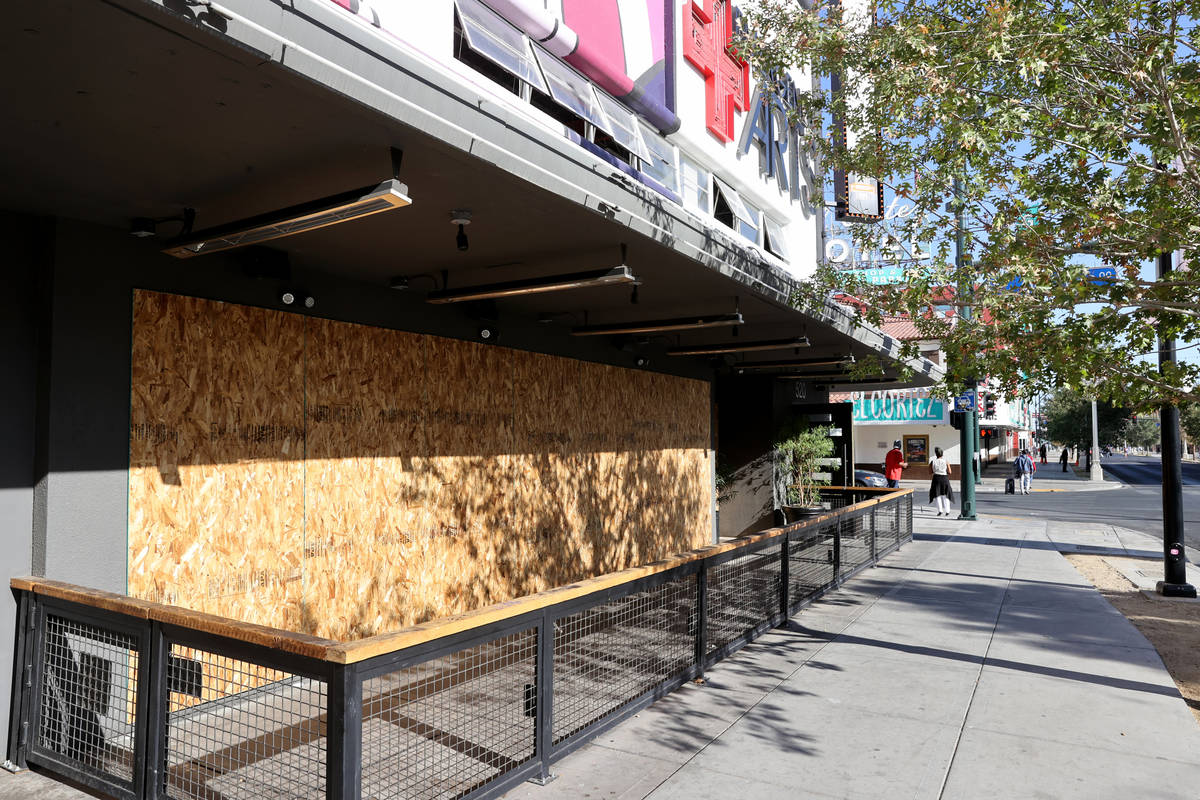 The Metropolitan Police Department said it is prepared for any public safety threat that could unfold on Election Day in the Las Vegas Valley as concerns about civil unrest are voiced across the nation.

Metro said Monday morning that it will open a Deployment Operations Center at its headquarters on Martin Luther King Jr. Boulevard for real-time monitoring of potential safety threats.

“Patrol officers will be available throughout the valley to deploy to the 125 designated voting locations if calls for service are generated by county volunteers or citizens,” police said in a statement.

Police also said Monday morning that an “additional 600 non-patrol officers and detectives will be on stand-by throughout the day” to respond to any emergencies. Metro will have detectives stationed at the Nevada secretary of state’s office as well.

Multiple national news agencies, including The Washington Post, CNN and Fox News, have reported on businesses across the nation boarding up because of concerns about possible civil unrest during the elections. Walmart last week briefly removed firearms and ammunition from displays over concerns of civil unrest, but the retailer later reversed course and returned the firearms and ammunition to store displays.

It appeared few businesses in Las Vegas had chosen to board up as of Monday. One is Grrrl Clothing, 1118 S. Main St., which boarded up its windows Saturday.

“We’ve been reading what other people are doing across the country, and top security advisers are saying it’s the wise thing to do,” said Kortney Olson, founder of the business. “In my gut, I feel like regardless of which way the election goes there’s going to be massive backlash.”

The Las Vegas Review-Journal saw only one other business boarded up Monday morning. The MedMen dispensary, 4503 Paradise Road, had newly installed plywood covering all its windows.

“Every citizen must be able to vote without interference or discrimination and to have that vote counted without it being stolen because of fraud,” Trutanich said. “The Department of Justice will always act appropriately to protect the integrity of the election process.”