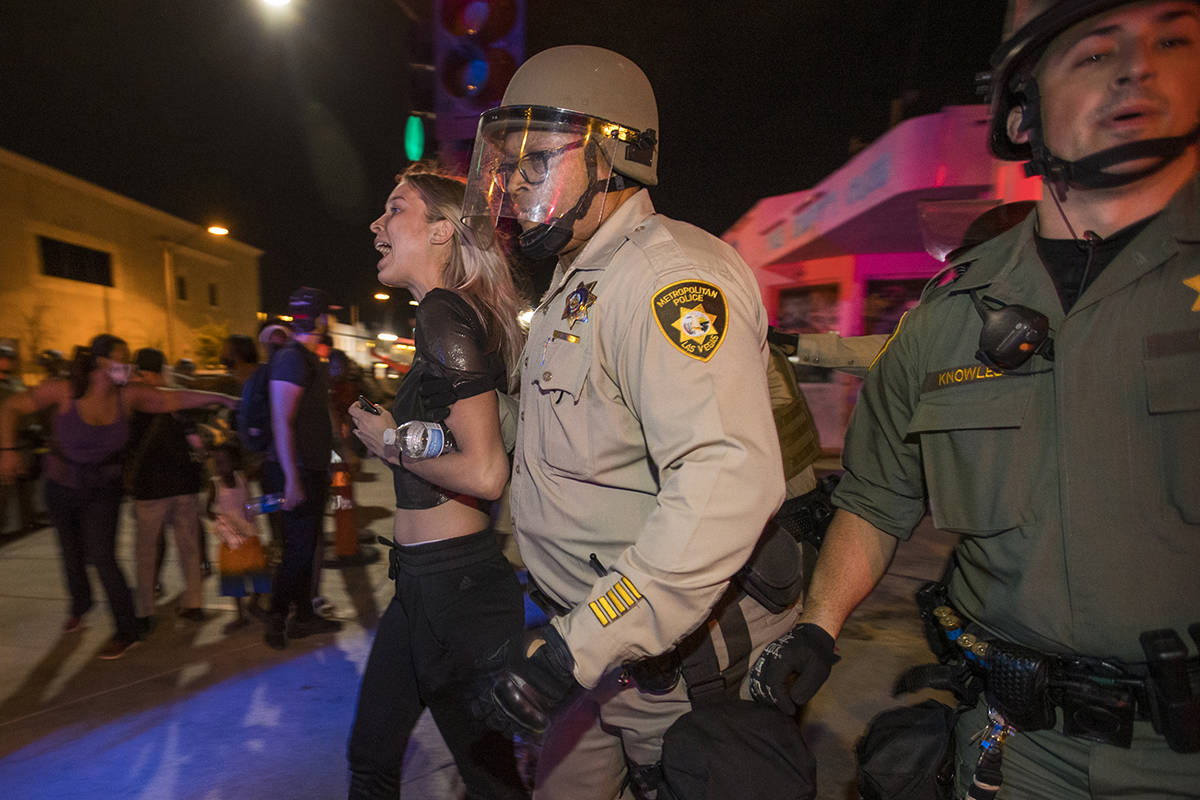 Meanwhile, the city’s Chief Justice of the Peace Suzan Baucum released an order that stated anyone who had posted the $1,000 bail would have it refunded.

Police said they arrested 80 people on Friday during a protest on the Strip, and by the next afternoon at least 50 people remained jailed on charges of failure to disperse.

“The LVMPD was confronted with violent protestors who failed to obey several dispersal orders that were given by officers,” a police news release stated. At least two journalists were among those arrested, and each arrested person was sent through a “screening process” to determine that bail was required, the release added.

Baucum said on Saturday that none of the people arrested should have had to post bail. Because of the coronavirus and earlier bail-reform efforts, those arrested on misdemeanors, with few exceptions, should have been released on their own recognizance, she said.

She pointed to a “miscommunication” among Metro brass, a jail supervisor and court officials.

Reached Tuesday, Baucum declined to comment on the statement from Metro. But she has since issued an order that cited a “clerical” error and listed the names of 39 people who would have their bail refunded “as soon as possible.”