North Las Vegas police have located a vehicle involved in a weekend hit-and-run crash that badly injured a woman and killed her dog, but the driver remained at-large Monday.

The crash, which occurred about 10 a.m. Sunday near Carey Avenue and Lexington Street, left the 32-year-old woman hospitalized with spinal and head injuries, according to the North Las Vegas Police Department. She remained hospitalized Monday at University Medical Center in critical but stable condition.

The abandoned gold Saturn sedan that hit her was found late Sunday near Martin L. King Boulevard and Washington Avenue, less than two miles from the crash scene in North Las Vegas.

Police have said the unidentified woman was walking her dog on a sidewalk along westbound Carey when she was hit by the Saturn, which was seen in surveillance footage fleeing onto Lexington following the crash. 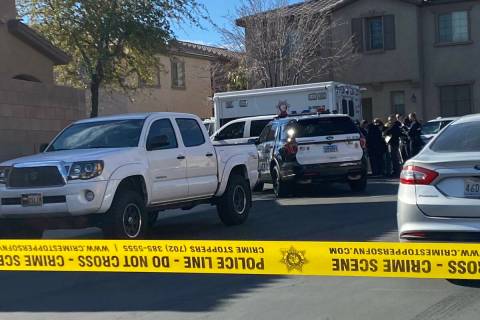