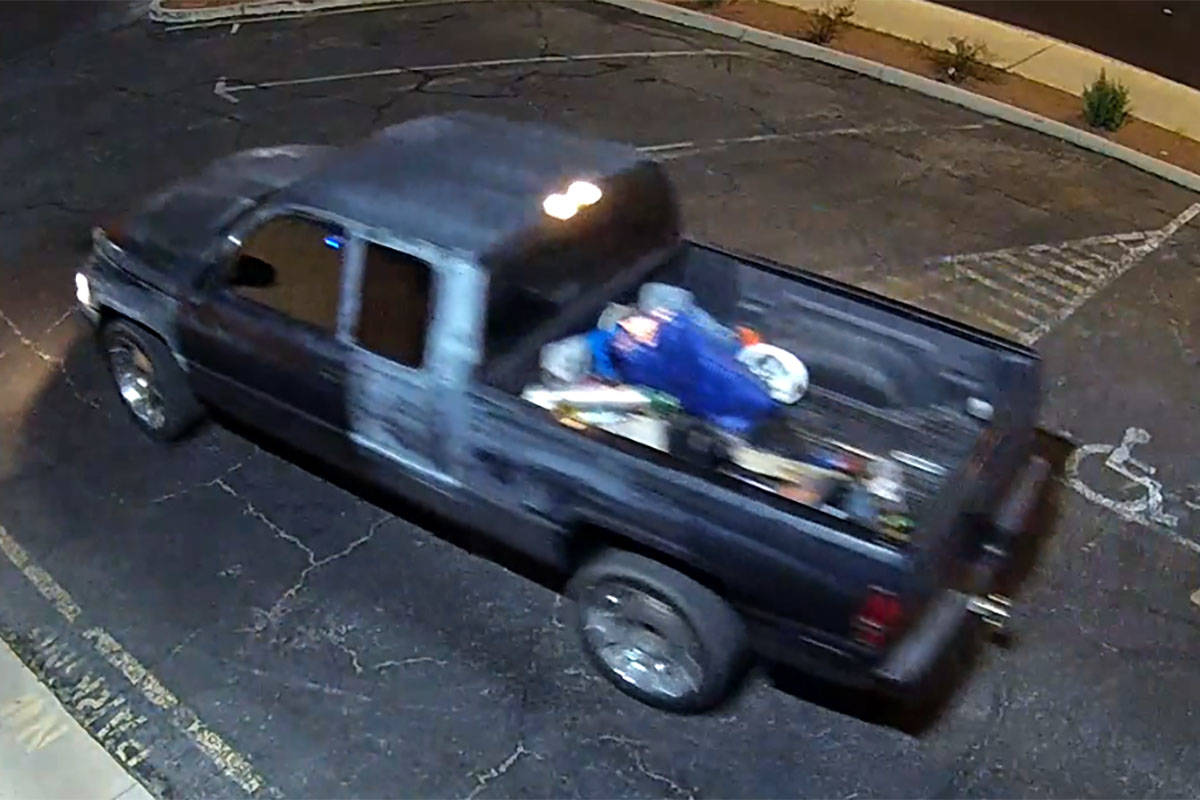 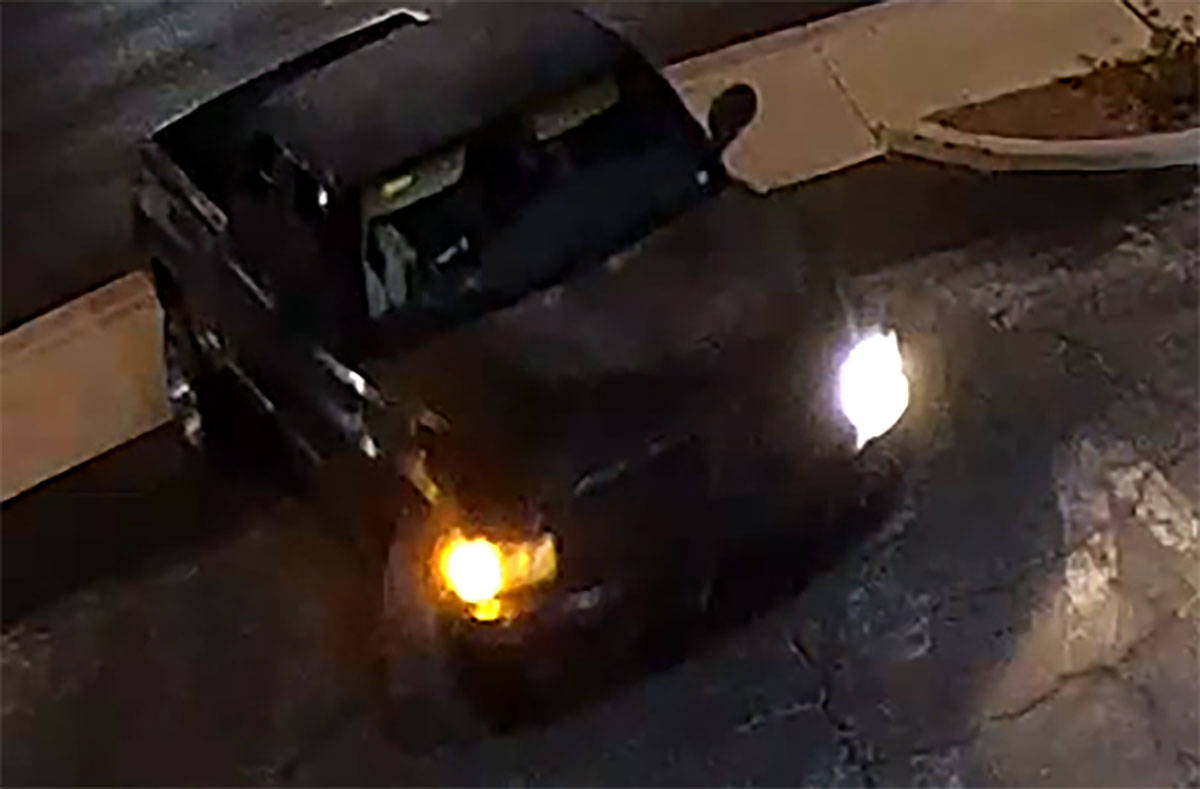 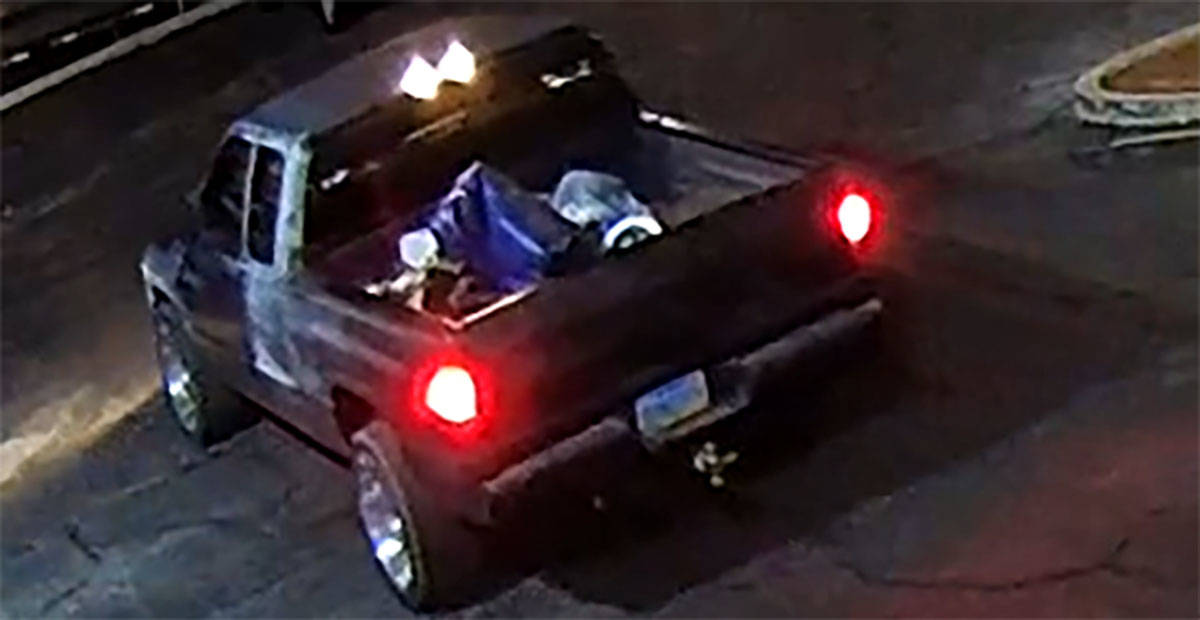 Las Vegas police are asking for help to find a truck involved in a hit-and-run crash and assault last week that injured two people.

The second generation Dodge Ram extended-cab pickup truck was involved in an assault with a deadly weapon that happened about 9 p.m. Nov. 13 near Tropicana Avenue and Valley View Boulevard, the Metropolitan Police Department said Friday.

The vehicle is suspected of crashing into an unmarked police car and injuring two people, including an officer, as they stepped away from the crash.

The dark-colored Dodge’s model is between the years 1994 and 2001, and it has large, after-market chrome rims, police said. At the time of the assault, the truck’s passenger headlamp was out, and there was damage to the rear of the vehicle. It may have an unknown license plate.