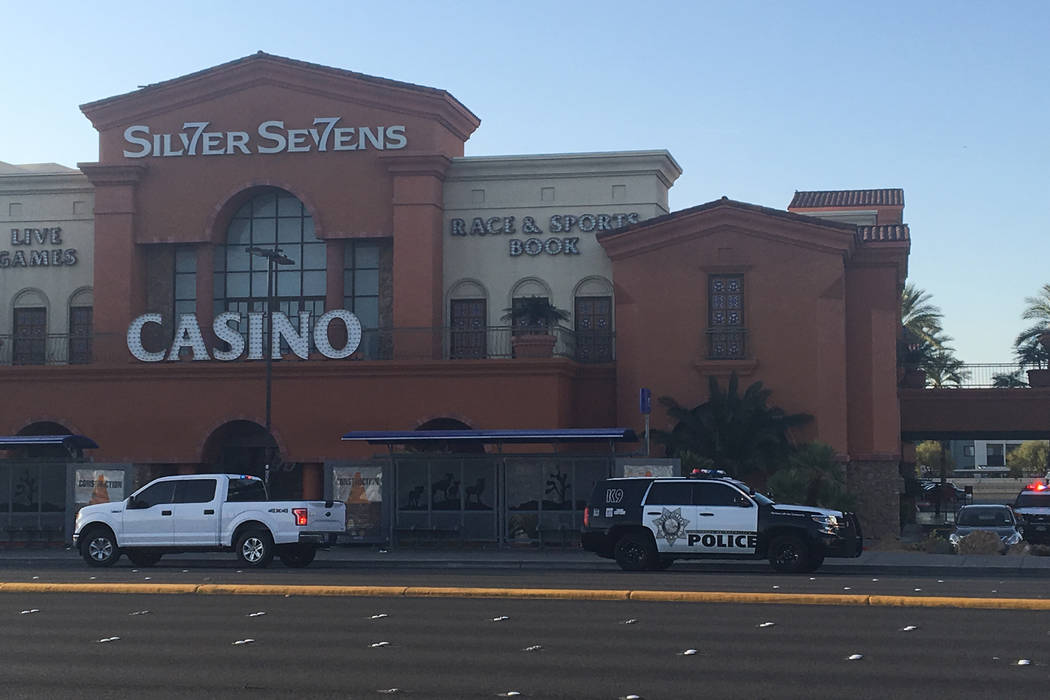 A man accused of trying to rob an off-Strip casino cashier’s cage said he had recently lost $5,000 while gambling, an arrest report shows.

Las Vegas police said Richard D. Watkins, 41, pointed a gun underneath the iron cage bars at Silver Sevens, 4100 Paradise Road, on Aug. 3 and demanded money from the employees and shot a handgun before he was captured by casino security. Detectives identified Watkins as a suspect through security footage and witness accounts. He had recently lost his job and money while betting at a sports book, the Metropolitan Police Department arrest report shows.

“Watkins was clearly upset that he lost money and blamed the state of Nevada for allowing casinos to take his money,” the report said.

Watkins faces several charges including attempted murder, attempted robbery with a deadly weapon and burglary while in possession of a deadly weapon. He was jailed in Clark County Detention Center and held without bail as of Tuesday morning.

Officers were called about 9:55 p.m. to the casino on reports of the attempted robbery.

Employees behind the cage ducked and triggered a silent alarm as Watkins, wearing a mask, pointed the gun, the report said.

“Give me all $100 bundles,” an employee recalled Watkins telling them.

The report said he first threatened to shoot before firing one round, missing the employees and hitting a door behind them.

The gunshot got the attention of a security guard, who ran toward the cashier’s cage. The guard aimed his gun at Watkins and told him to drop his weapon and get to the ground. Watkins initially complied and began lowering to the floor, police said, but he appeared hesitant to get down.

A bartender then jumped over a bar and onto Watkins’ back to hold him down until more security guards arrived, the report said. Police soon came and took him into custody.