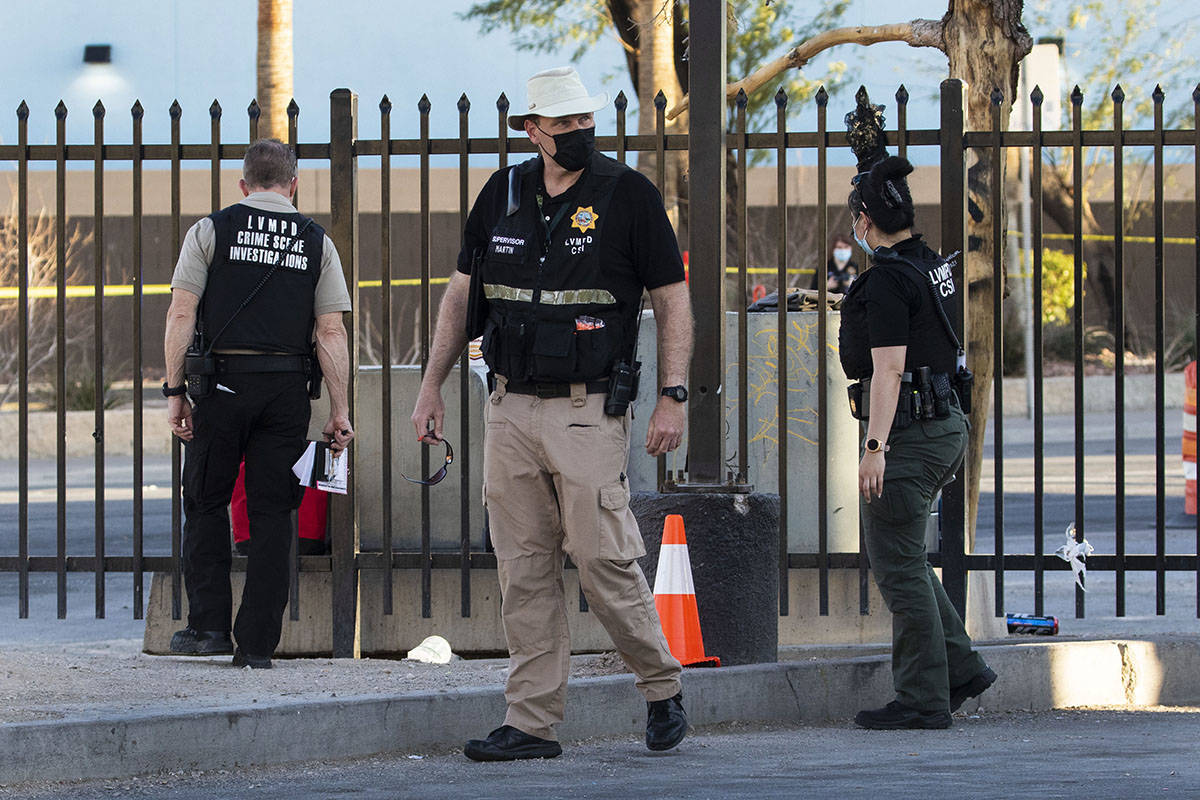 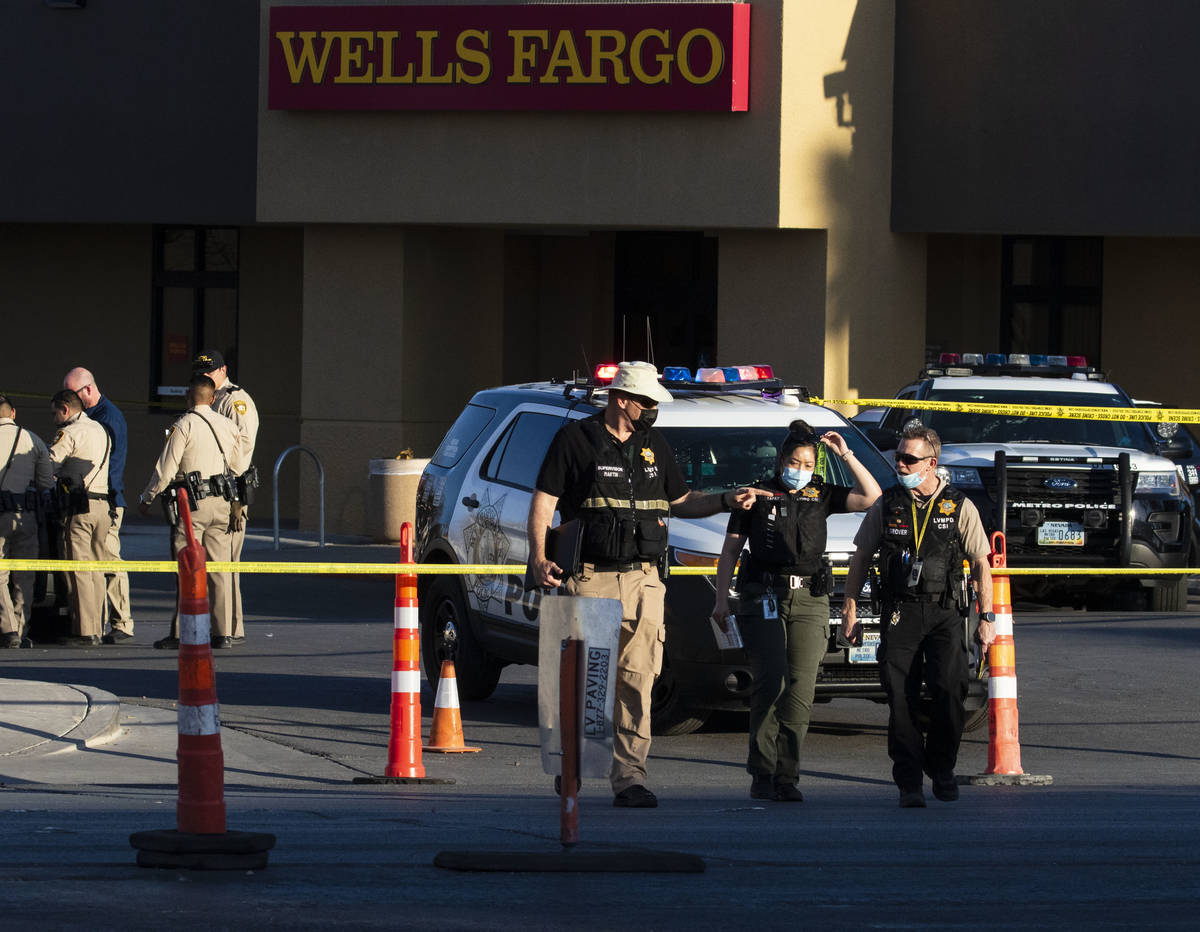 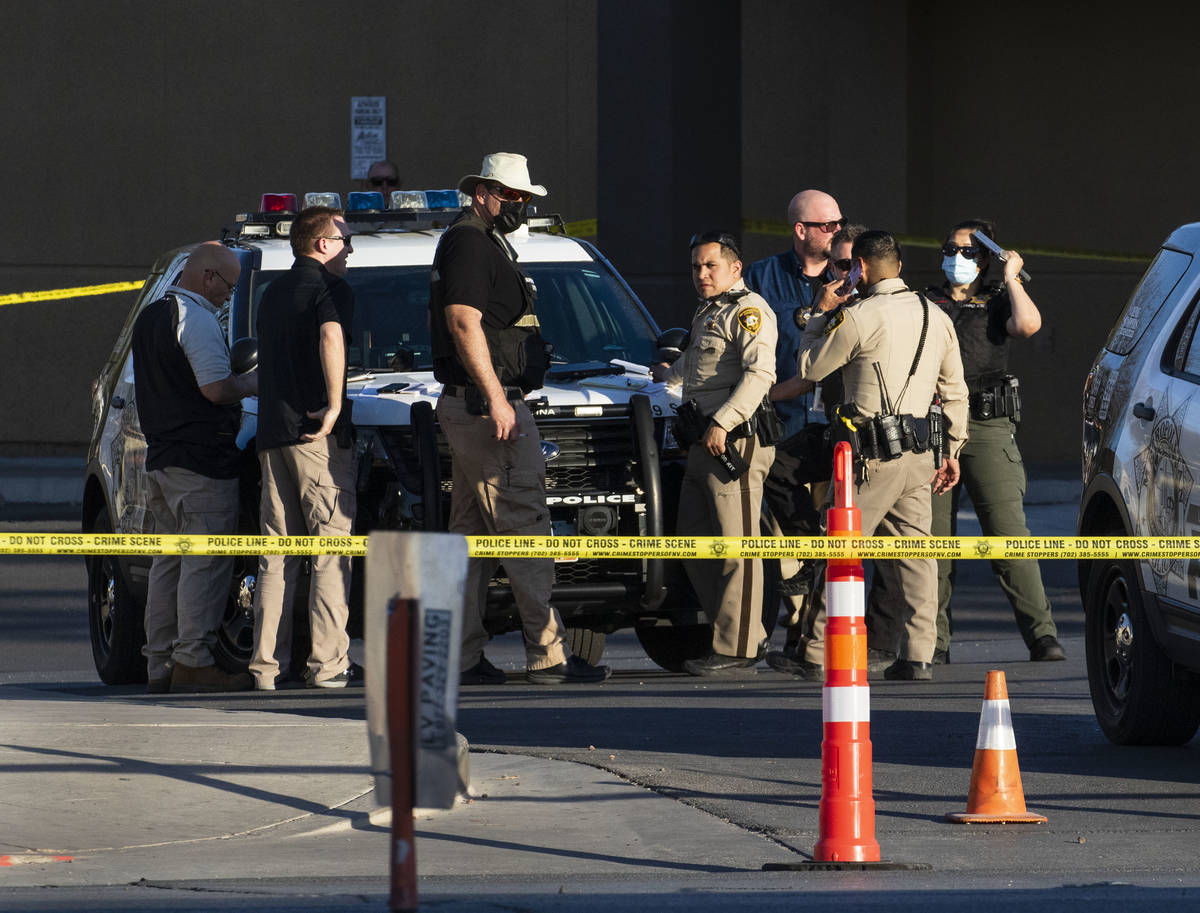 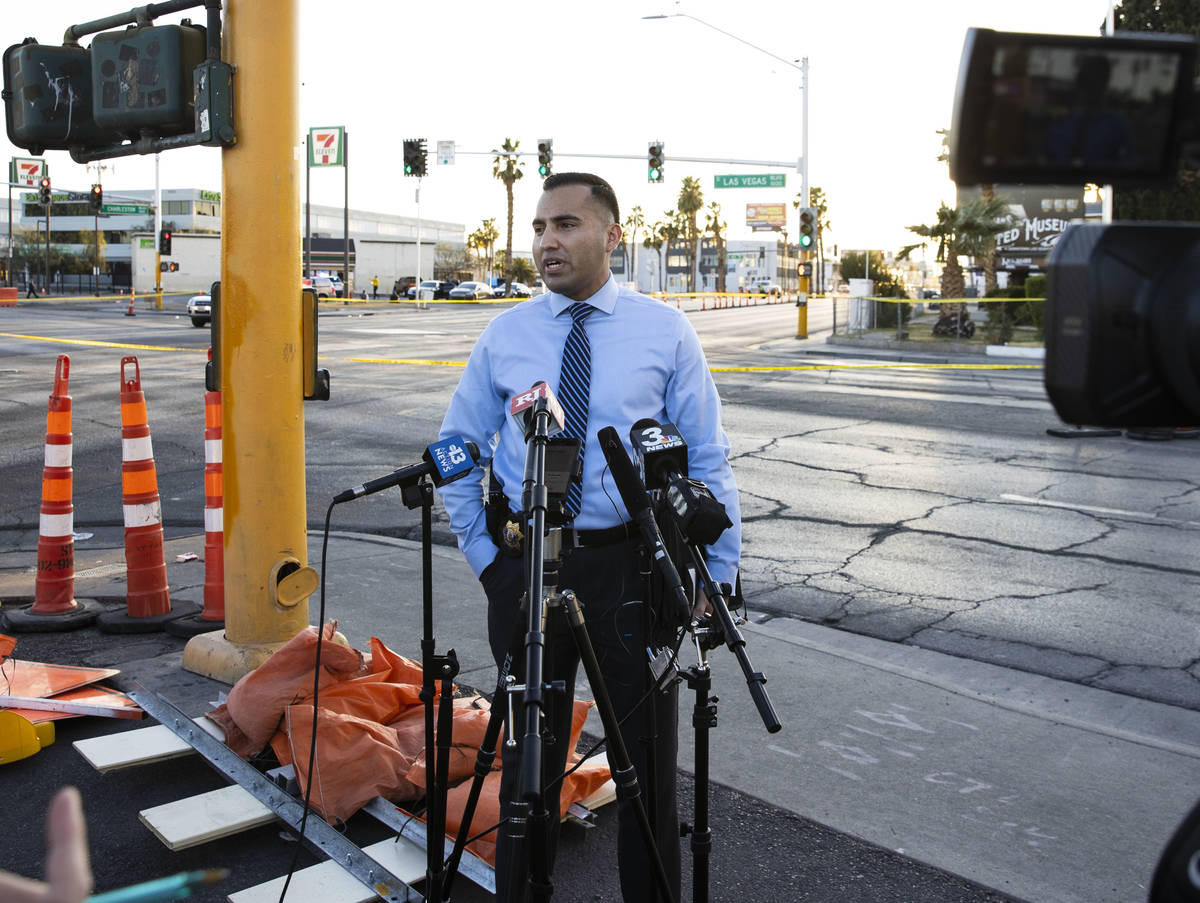 Metro officer Misael Parra speaks about a shooting during a press conference in the 1100 block of South Las Vegas Boulevard where three people were shot, on Monday, March 29, 2021, in Las Vegas. (Bizuayehu Tesfaye/Las Vegas Review-Journal) @bizutesfaye 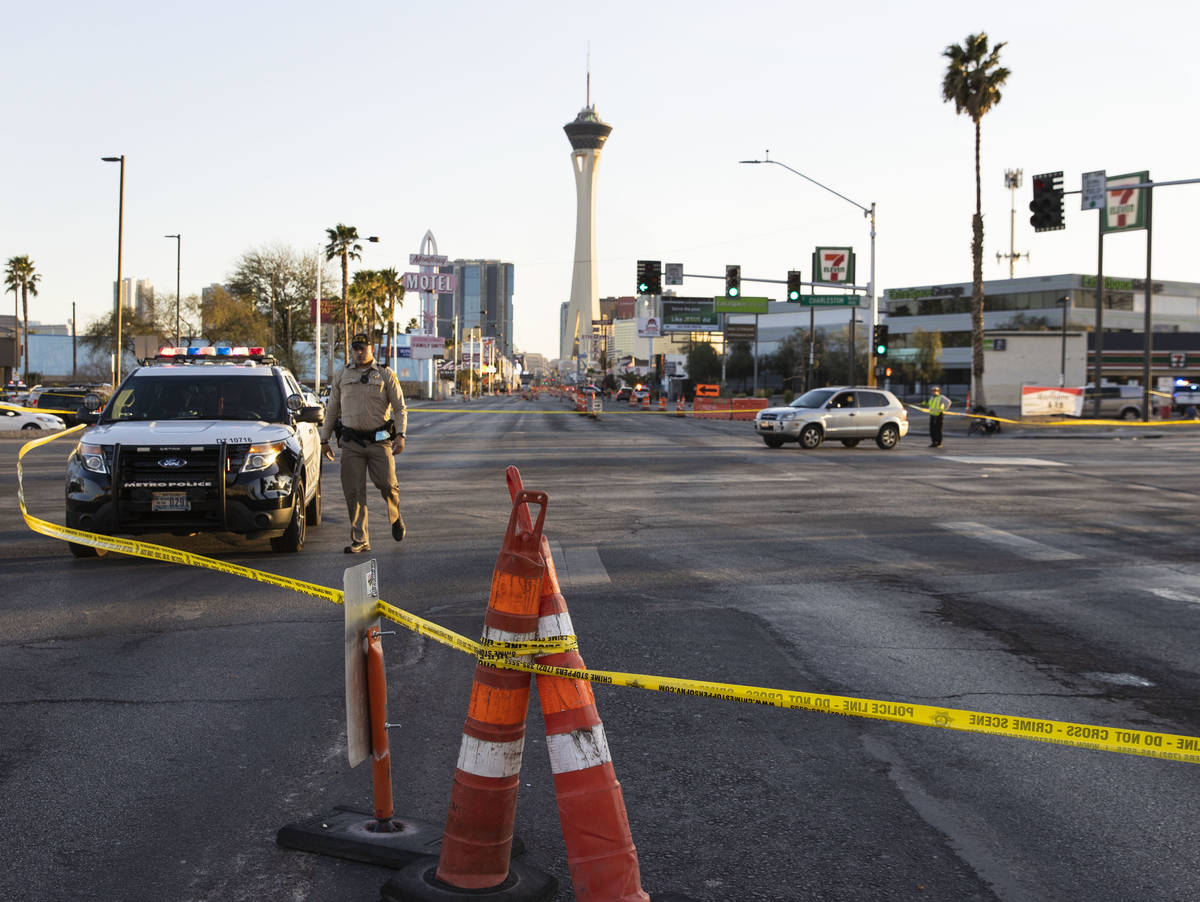 The Metropolitan Police Department is investigating after three people were shot in the 1100 block of South Las Vegas Boulevard, on Monday, March 29, 2021, in Las Vegas. (Bizuayehu Tesfaye/Las Vegas Review-Journal) @bizutesfaye

Metropolitan Police Department spokesman Misael Parra said officers were called to the 7-Eleven just after 4 p.m. after a fight broke out inside the convenience store, at 1100 Las Vegas Blvd. S.

The fight moved outside, where police said at least one person opened fire, hitting three people before taking off in a red Dodge Neon.

In patrol vehicles and with a police helicopter overhead, Parra said, officers followed the Dodge as it headed south until its driver crashed into two cars near East Desert Inn Road and University Center Drive, formerly known as Swenson Street. None of the other cars’ occupants were injured.

After the crash, four people ran from the Dodge, Parra said. One was hit by a car and taken to University Medical Center’s trauma unit. That person’s condition remained unknown as of Monday evening.

The three others who tried to escape were taken into custody, though Parra said one was taken to Sunrise Hospital and Medical Center with minor injuries. The nature of that person’s injuries was unclear.

Near the scene of the shooting Monday evening, a handful of officers could be seen huddled near four patrol cars and one Las Vegas Fire Department vehicle in the parking lot of a Wells Fargo bank at 1121 Las Vegas Blvd. South, across the street from the 7-Eleven.

Employees at the 7-Eleven refused to comment Monday evening, directing reporters to a corporate website. A request for comment from the company’s media line was not immediately returned.

The circumstances of the fight that led to the shooting were unclear Monday evening. Officers were still blocking traffic and rerouting drivers in the area as of about 6 p.m. Parra expected roads to be shut down until about 8 p.m. as detectives continued to investigate.