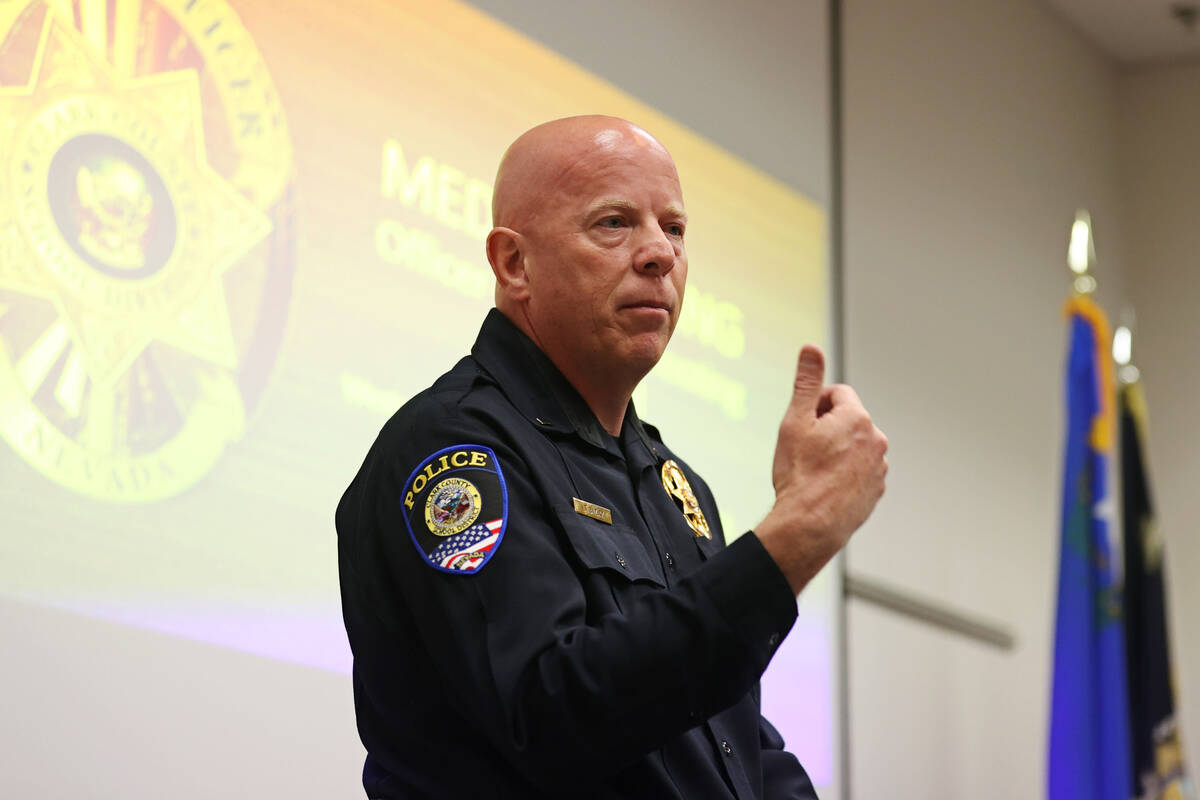 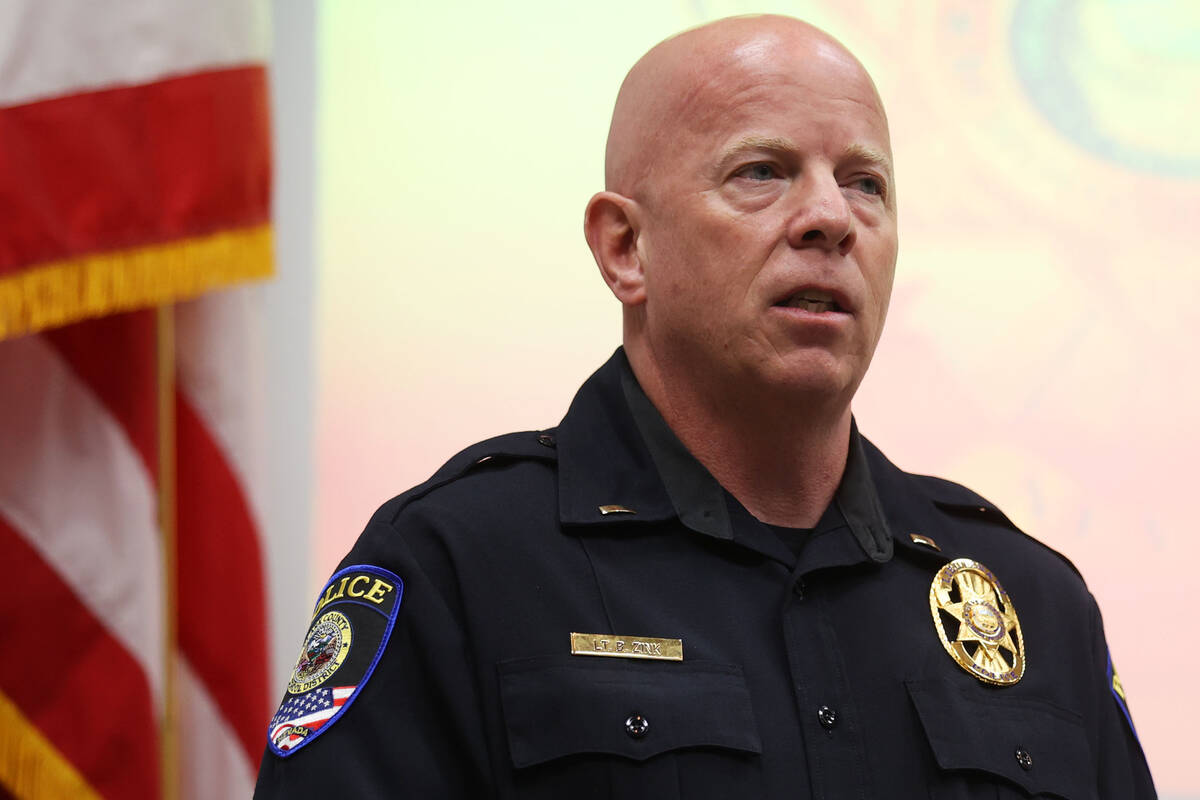 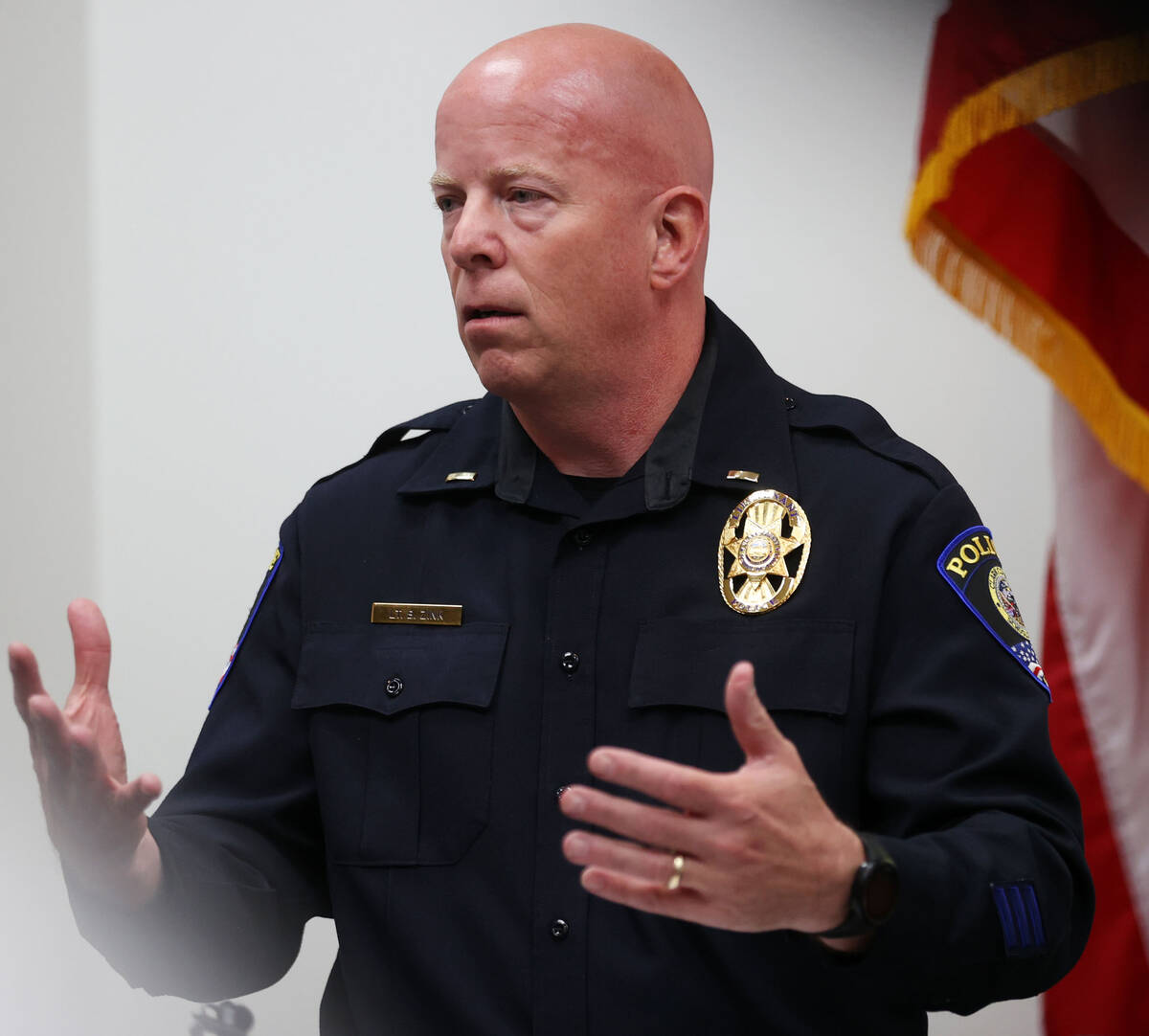 An officer’s body-worn camera captured the moment he shot into a speeding car after it had struck a girl in a central valley high school parking lot a week ago.

Classes had just been let out at Western High School, 4601 W. Bonanza Road, when an afternoon fight broke out in a parking lot on the east side of campus, Zink said.

Whoever reported the quarrel said that someone in a car had flashed a gun, police said.

But when the two officers assigned to the school responded, the car was gone, Zink said.

It was not long before the car returned, driving through the parking lot and not stopping when an officer ordered its driver to, Zink said.

The car, which was traveling at 22 mph in a 5 mph zone, made a U-turn and drove toward students and staff, hitting a girl, Zink said. She suffered minor injuries and was treated at the scene.

“Fearing for his safety, the safety for students, and his partner,” the officer fired off three rounds, Zink said.

The Metropolitan Police Department was called to assist and officers found a gun in the Ford Fusion, and arrested the driver on counts of battery with a deadly weapon, possession of a dangerous weapon on school property and disregard for public safety, Zink said.

The driver, who was booked into a juvenile detention center, was not identified due to his age, Zink said.

School police has retaken over the probe and no one else had been jailed on any charges as of Tuesday morning, Zink said.

None of the passengers in the car was enrolled at any Clark County School District schools at the time of the shooting, Zink said.

They told police that they had gone to “visit some friends” after some “trash talk” had broken out on social media, Zink said.

Around the time of the shooting, the parking lot is typically occupied by 300 students who take the bus, Zink said.

This was the first School District police shooting since 2005, Zink said.

School District police implemented body-worn cameras in the early 2010s, making it one of the first agencies in the state to do so, Zink said.

Officer Christopher Knight, who was hired by the department nearly two years ago, was placed on routine paid administrative leave while the investigation was ongoing.