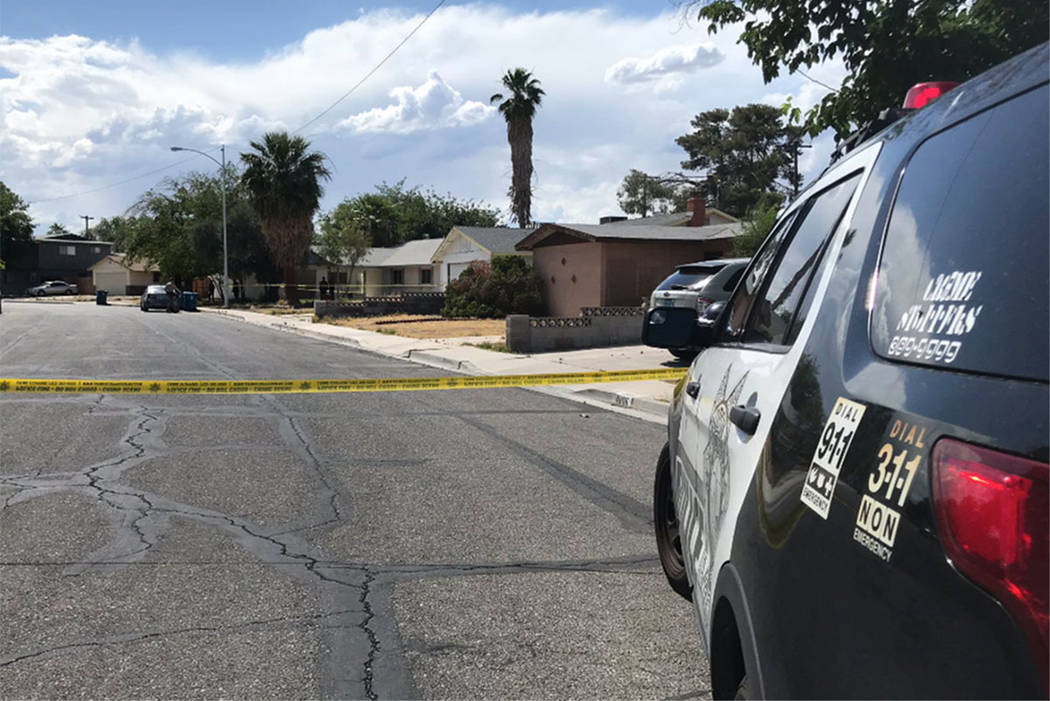 Police investigate a man's death at a home in the 4700 block of Marnell Drive in Las Vegas on Friday, May 31, 2019. (Blake Apgar/Las Vegas Review-Journal)

The Clark County coroner’s office identified a man shot and killed last week while possibly breaking into a home in the east valley.

Police said a pair of brothers caught a man they didn’t know, identified as 26-year-old Caliph Fard Swangin, inside their home on the 4700 block of Marnell Drive, near Harmon Avenue and Mountain Vista Street.

A struggle ensued, and one of the brothers fired several shots at Swangin, police said. The brothers forced him out of the house before a neighbor called police. Swangin, whose address is unknown, died later that day of multiple gunshot wounds at Sunrise Hospital and Medical Center, the coroner’s office said.

The shooter has not been charged. Suspected cases of self-defense shootings are referred to the Clark County district attorney’s office for review.