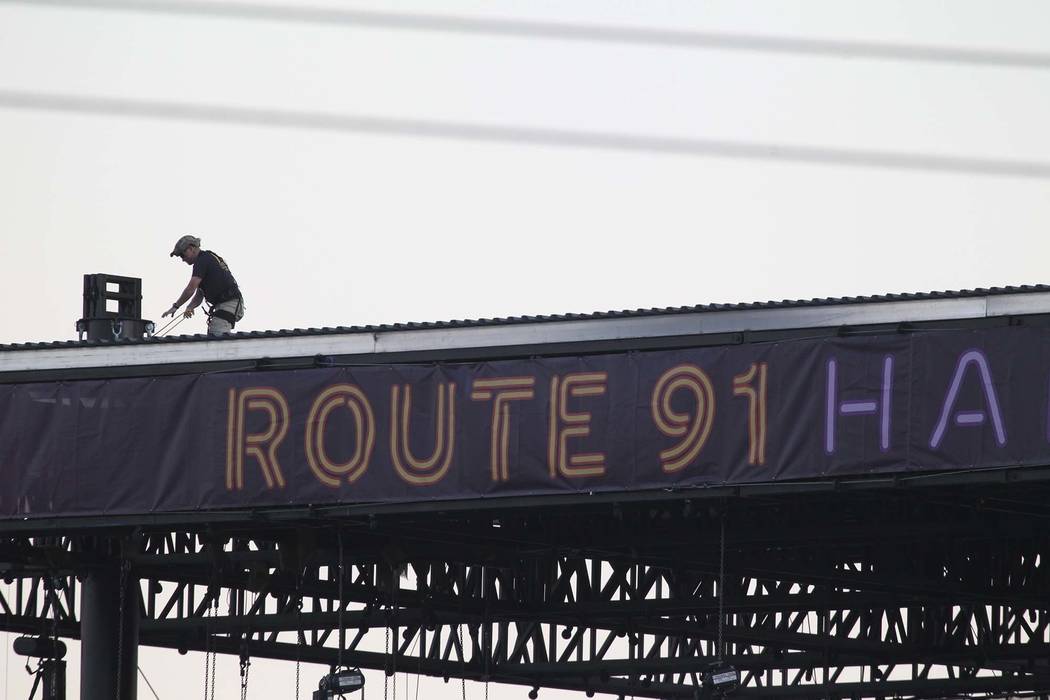 Las Vegas police and Clark County firefighters experienced numerous communication problems and failed to follow some protocols on the night of the Oct. 1 mass shooting, according to a federal report released Monday.

But the 61-page report also described the response to the attack — which left 58 concertgoers dead and more than 800 people injured — as “efficient” and “coordinated,” crediting the counter-terrorism training of Las Vegas police.

The Federal Emergency Management Agency created the report with participation from the Metropolitan Police Department and the Clark County Fire Department. It took nearly a year to complete and includes 72 lessons learned.

Similar reports were published after the Pulse nightclub shooting in Orlando, Florida, and the Sandy Hook Elementary School shooting in Newtown, Connecticut.

— The Clark County Fire Department was not aware that the Route 91 Harvest festival was occurring.

Firefighters were not working the festival, which saw about 22,000 attendees. Instead, a private ambulance company staffed the event’s medical tent.

“Dispatchers and first responders should be made aware of large or high-profile events occurring in their jurisdiction to enhance their agency’s readiness posture for a potential incident.”

— The festival medical tent was not prepared to handle a mass casualty event.

The tent only had seven cots.

“Personnel were quickly overwhelmed, as trauma equipment was exhausted within minutes of treating initial patients.”

— Security at the medical tent was lacking.

“In one case, an off-duty first responder from an outside, non-local jurisdiction assaulted a medical provider in the tent because he disagreed with the medical provider’s treatment decision.” Police had to restrain him.

— Many concertgoers volunteered to treat the wounded.

The report recommended supporting local “Stop the Bleed” programs to teach more people about how they can help in the event of a mass casualty event.

It also noted that a handful of off-duty officers from other jurisdictions and active military personnel tried to take command of the response or seize responding officers’ weapons.

“While well intentioned, these individuals at times hindered the response.”

— No policy exists to guide police dispatchers during a mass casualty incident.

“Nonetheless, dispatchers made real-time decisions to support communications operations during the incident response.”

When reports of the shooting spread via news reports and cellphones and scanner traffic, many off-duty officers and firefighters descended on the scene.

“This self-reporting created a staffing challenge for the next operational shift, as the intention was for some of these personnel to relieve others the following morning.”

The self-dispatching also made it difficult for dispatchers and commanders “to maintain personnel accountability.”

The report outlined several communication issues, including inadequate police radio reception in Mandalay Bay and a lack of an established mutual aid channel, which would have allowed firefighters and responding officers to communicate with each other directly.

It confirmed findings that the Las Vegas Review-Journal reported in July after an examination of police documents and body camera footage from the night of the shooting.

Despite the many recommendations laid out in the report, Clark County Fire Chief Greg Cassell said at a news conference Monday that his department had no plans to make any “wholesale changes” to its policies or training procedures.

“We feel that the processes we put in place worked. There are some tweaks here and there, but we’re not going to rewrite any policies,” he said. “Nothing’s being thrown out because it didn’t work. Everything we had functioned.”

By contrast, Las Vegas police said they have made “a number” of changes since Oct. 1, including stocking police vehicles with more medical equipment.

“Moving forward, we will continue to do so as we see areas we can improve on,” according to a Metro statement. “Police work is always adapting and evolving.”

A FEMA spokeswoman said all recommendations are voluntary.

Irwin Redlener, director of the National Center for Disaster Preparedness at Columbia University, said reports like the one released Monday are common after mass casualty events, but their recommendations are rarely implemented.