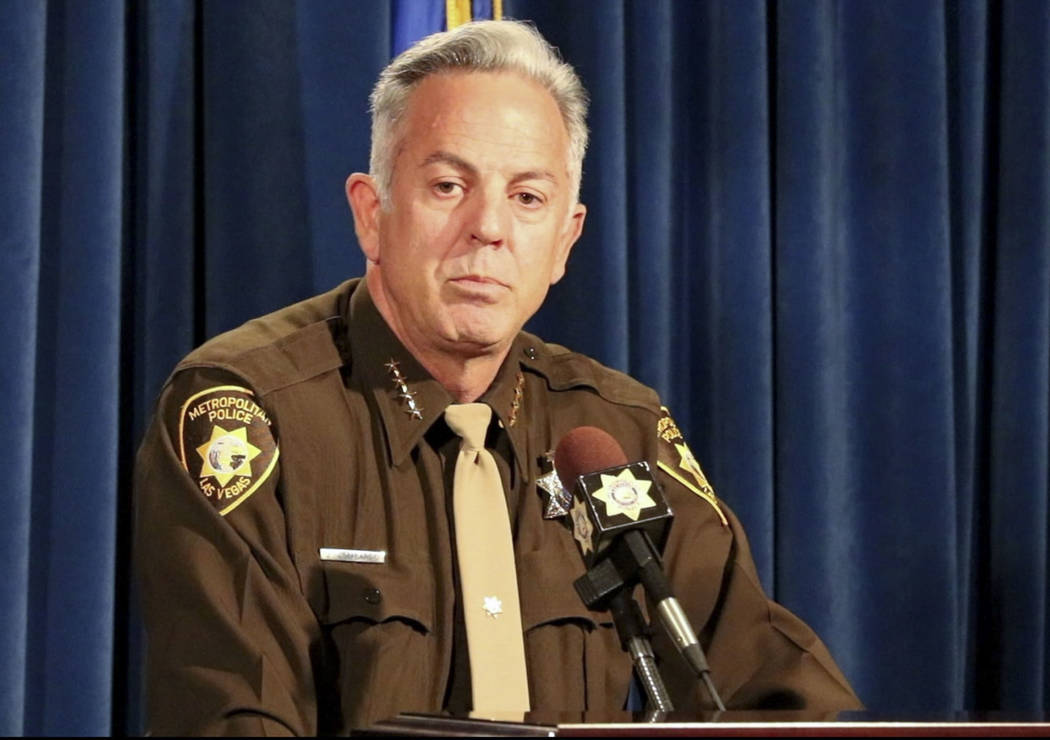 Clark County Sheriff Joe Lombardo briefs the media on Tuesday, May 1, 2018, about the release of audio and video records from the Oct. 1 shooting. He spoke during a news conference at Metropolitan Police Department headquarters in Las Vegas. Madelyn Reese/Las Vegas Review-Journal 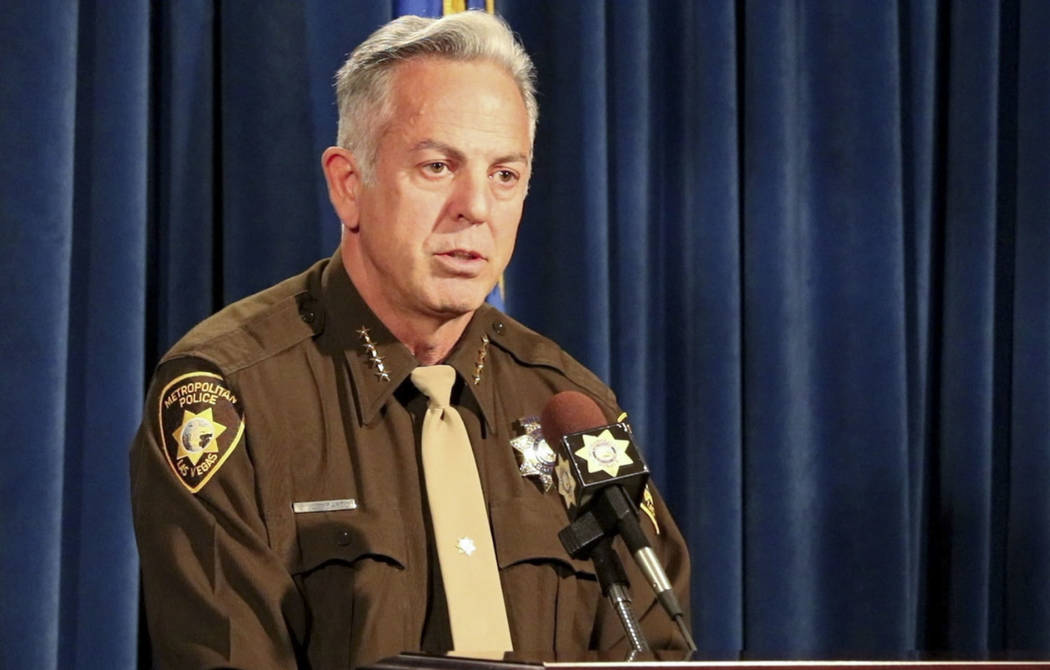 Clark County Sheriff Joe Lombardo briefs the media on Tuesday, May 1, 2018, about the release of audio and video records from the Oct. 1 shooting. He spoke during a news conference at Metropolitan Police Department headquarters in Las Vegas. Madelyn Reese/Las Vegas Review-Journal

It is unclear why the officer, Levi Hancock, did not activate his camera. The footage expected Wednesday will come from two other officers who helped clear the gunman’s rooms.

“What is seen on those videos in no way changes the facts that we were able to clarify for you shortly after the crime,” Lombardo said at a Tuesday news conference, during which he took no questions.

The footage is just a slice of the many body camera clips and 911 calls the department has been ordered to release in response to a lawsuit brought by the Review-Journal and other media outlets.

“We’re grateful Las Vegas police have decided to comply with the court’s order,” Review-Journal Executive Editor Glenn Cook said Tuesday. “All we’ve ever asked Metro to do is follow the letter of the Nevada Public Records Act, which makes clear that taxpayer-funded body camera footage, 911 recordings and other records can be reviewed by the public.

“Transparency is not a burden for government agencies,” Cook added. “It is a legal obligation that is essential to the preservation of the public’s trust.”

Lombardo said all the Oct. 1 body camera footage and 911 call audio will be released on a rolling basis over the course of several months, which is permitted under the court order.

“For that reason, we caution you from making conclusions based on any single release,” the sheriff said.

Lombardo also said the manpower needed to produce the records meant the department would have to pull detectives from regular casework to prepare and release the records. He did not say how many detectives would be affected or why the move was necessary.

“Many of our employees will have to endure reliving the incident,” the sheriff said.

He also expressed his fear that the release of the records would “further traumatize a wounded community.”

“We have always tried to protect the victims and their families of this incident,” Lombardo said. “Further victimization is certain to occur, and it is something we wanted to avoid.”

Review-Journal attorney Maggie McLetchie said Metro “has done everything in its power” to fight the newspaper in its quest to access public records about the shooting.

“Now that it is facing having to follow the law and produce records, Metro is suggesting that the media is trying to victimize the community,” she said. “The truth is that the community still has many unanswered questions about the police response to 1 October, and it has a right to assess what happened for itself. The quest for transparency and accountability is about making sure we, as a community, do everything we can to uncover the truth and avoid future tragedies.”

McLetchie also said the public “does not need to be protected from the truth.”

Aside from the video expected Wednesday, the sheriff estimated that the next batch of records will be released in another two weeks.

The Review-Journal and other media organizations first requested the records in question days after the shooting, which left 58 concertgoers dead. But the department denied the request, and a court battle ensued.

A Clark County district judge ruled in February that body camera footage and 911 call audio should be released. He gave the department 30 days to comply. But Metro said it would take much longer to produce the records and that it would cost hundreds of thousands of dollars.

In March, the same judge gave Metro a total of six months to fulfill the request but ordered the department to begin releasing the records immediately on a “rolling basis.” The judge also ruled that the department could not charge journalists exorbitant fees to produce the records.

Metro appealed to a different district judge and then to the Nevada Supreme Court. On Friday, a Supreme Court decision compelled Metro to begin releasing the footage and audio.

In January, the Review-Journal and other media organizations successfully sued for the release of autopsy records and search warrant records from the Oct. 1 shooting.