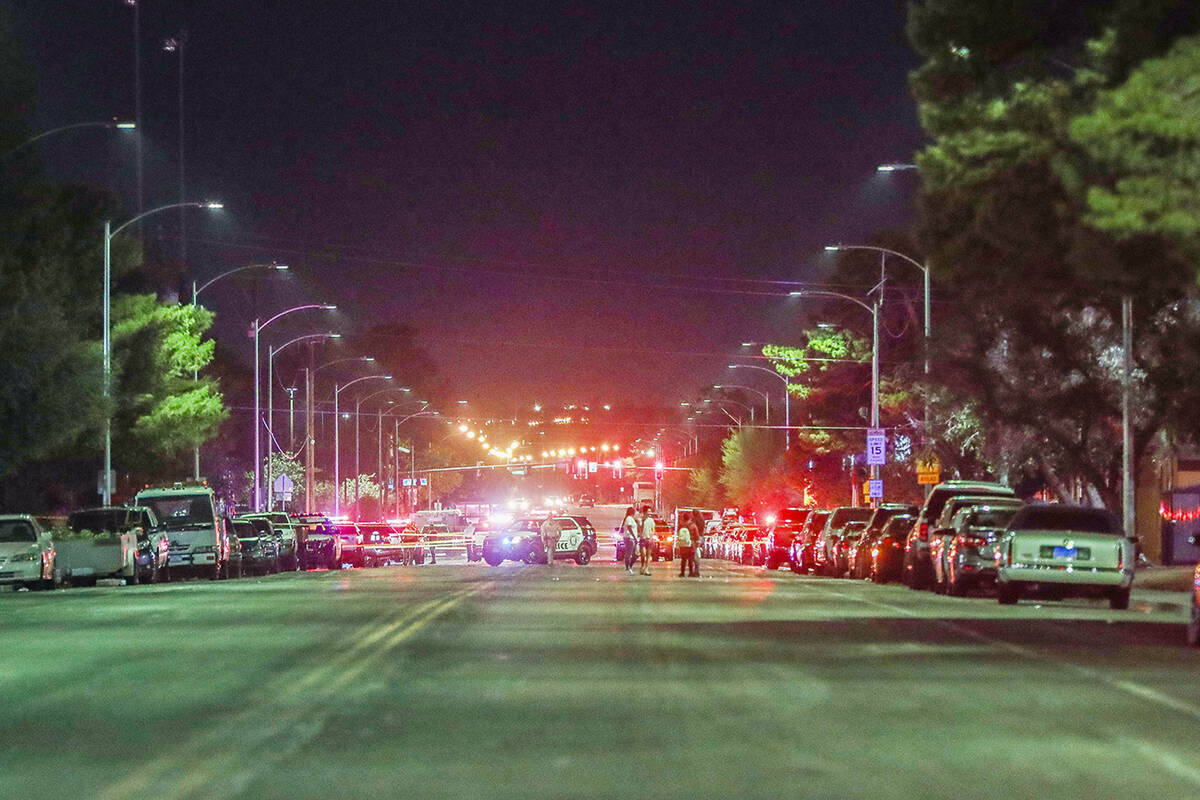 The scene of an officer involved shooting near the 4100 block of Pennwood Avenue in Las Vegas, Monday, Oct. 4, 2021. Rachel Aston/Las Vegas Review-Journal @rookie__rae 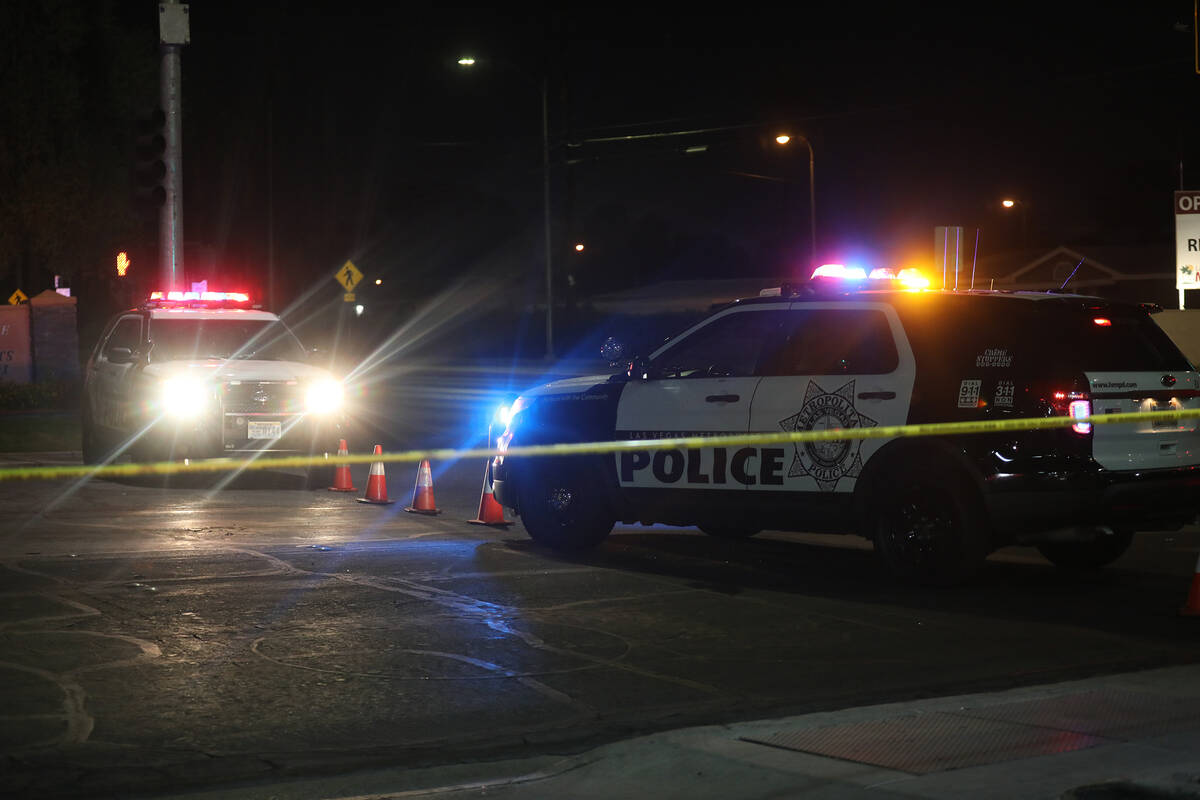 Police cars block the entrance to a scene of an officer involved shooting near the 4100 block of Pennwood Avenue in Las Vegas, Monday, Oct. 4, 2021. Rachel Aston/Las Vegas Review-Journal @rookie__rae 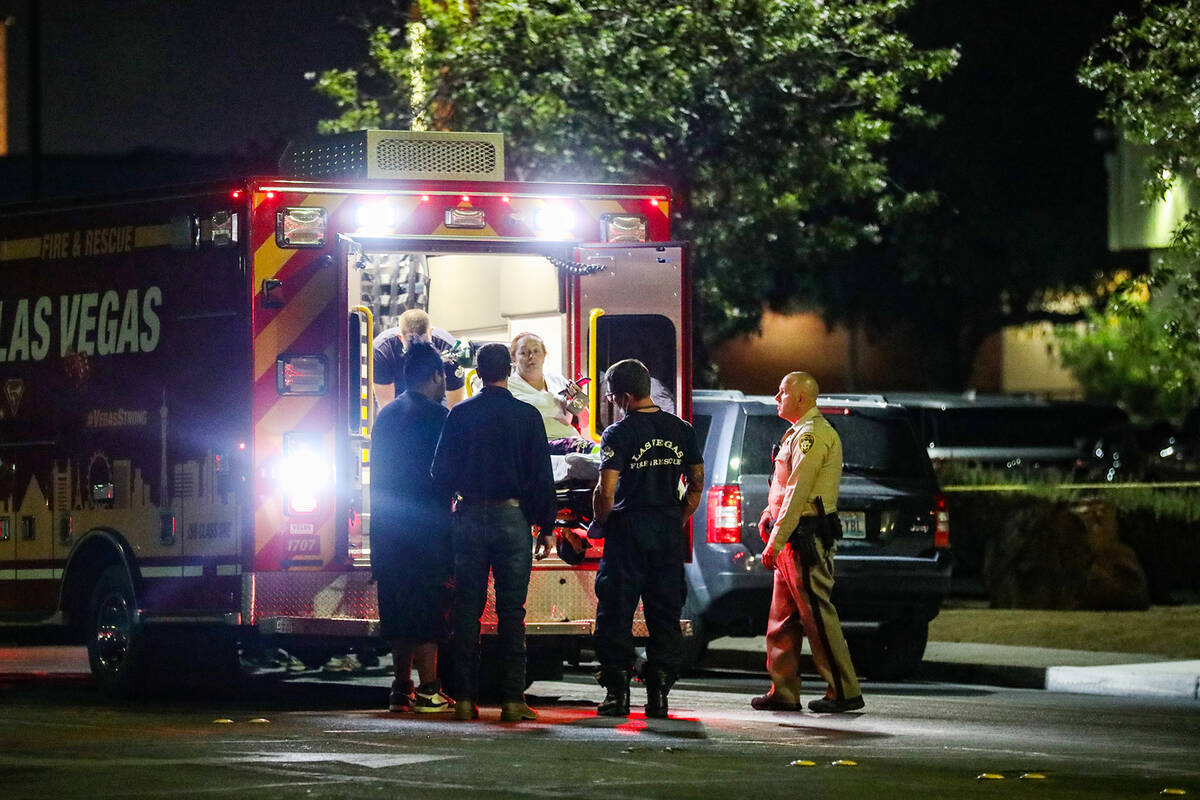 A woman is lifted into an ambulance after an officer involved shooting near the 4100 block of Pennwood Avenue in Las Vegas, Monday, Oct. 4, 2021. Rachel Aston/Las Vegas Review-Journal @rookie__rae 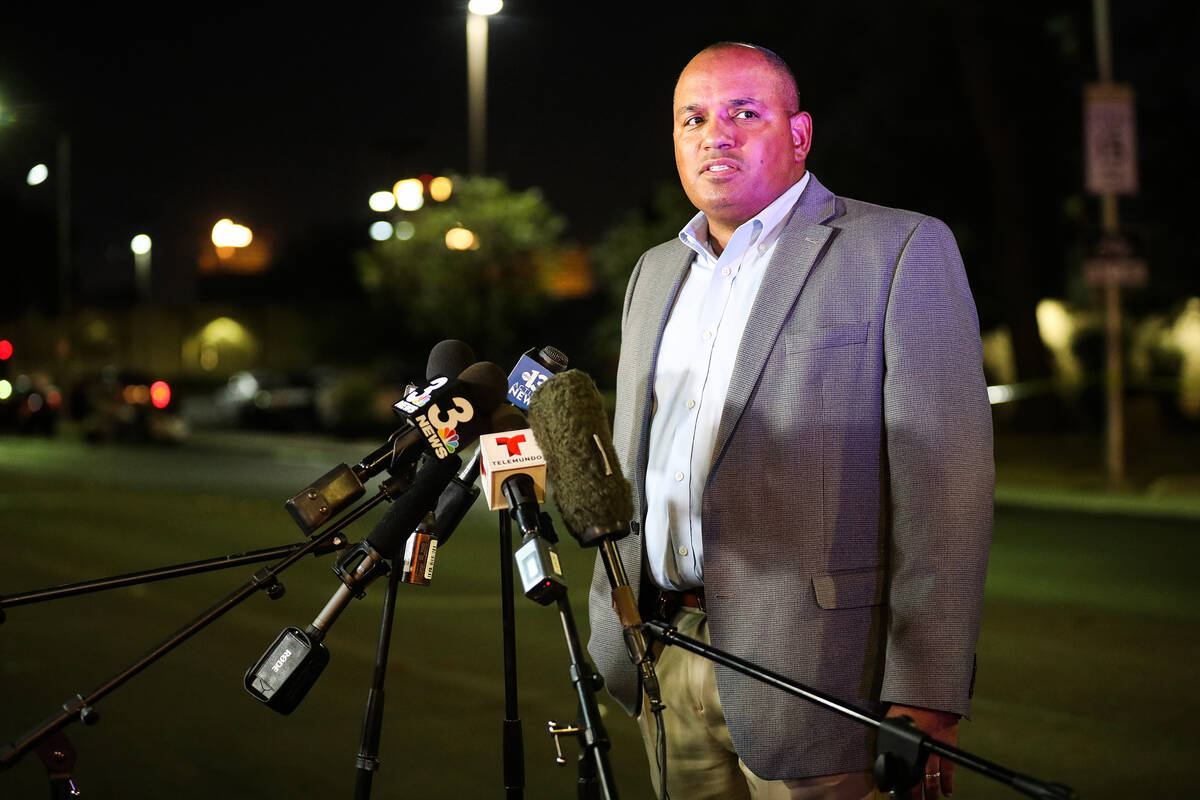 Las Vegas police shot and killed a man who exchanged gunfire with officers near Clark High School on Monday night.

Police were called to the 4100 block of Silver Dollar Avenue just after 6:30 p.m. in response to a domestic disturbance, said Capt. Carlos Hank with the Metro Department of Internal Oversight.

The suspect began to shoot at officers as they stepped out of their cars, Hank said, and as the officers returned fire, the suspect ran.

“After a short foot pursuit, the officers re-engaged the suspect and discharged their weapons again,” Hank said, adding that the suspect was pronounced dead at the scene.

A woman who was “involved in the incident” also was shot, but Hank said she was being treated at University Medical Center late Monday for a gunshot wound that was not life-threatening. One of the officers involved in the shooting was treated at the scene for a minor shrapnel injury, Hank said.

The shooting marked Metro’s seventh of 2021. Hank did not provide further details.