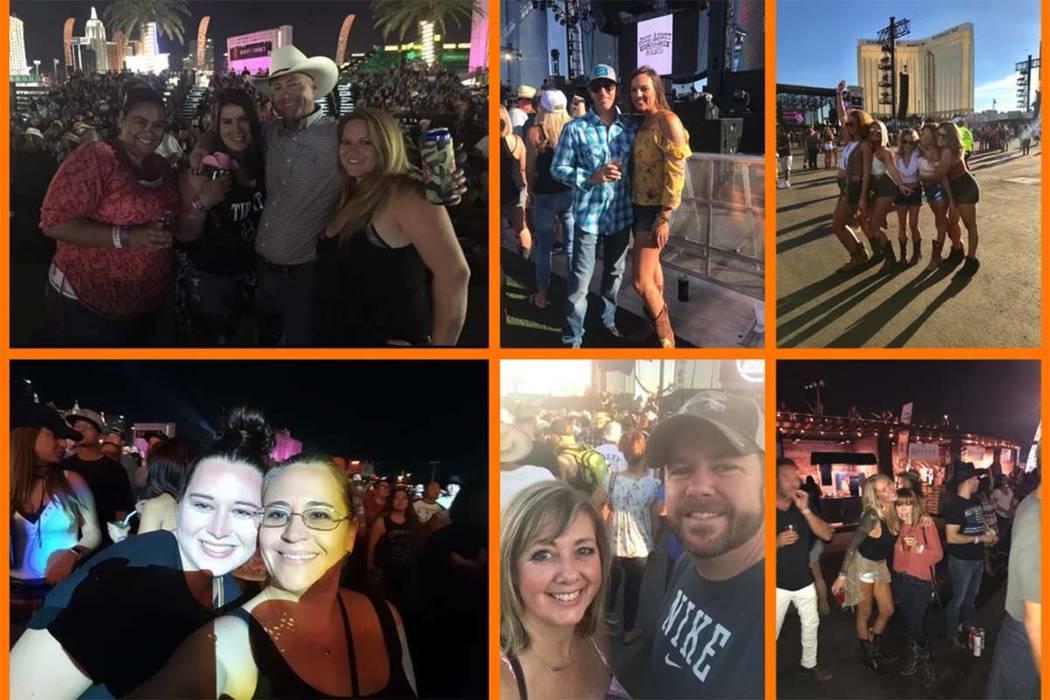 A screenshot from a video created by Stacie and David Armentrout shows survivors of the Route 91 Harvest festival shooting. (Stacie A/YouTube)

Survivors of the Oct. 1 mass shooting are expected to share experiences and heal at a potluck dinner Saturday night in Henderson.

“We don’t want to let the hatred of that night win,” event organizer Stacie Armentrout said.

More than 100 people from what Armentrout called “our Route 91 family” are set to attend a dinner celebrating one another and first responders. She said several survivors have held get-togethers before, but the dinner would be the largest-scale survivor event she had attended.

Along with her husband, Armentrout attended the Route 91 Harvest festival with her two children. Her children are physically OK, but mentally recovering. Some days it’s 10 steps forward, two steps back, she said. Others, vice versa.

She recalled her 12-year-old daughter had recently experienced a “full-blown” panic attack after hearing a loud noise.

Organizers have tried to keep costs minimal for the meal because several injured survivors haven’t yet returned to work, Armentrout said. Her husband, who works in maintenance, was supposed to start a new job the week of the shooting. He broke his rib cage in the aftermath and wasn’t able to do the job.

The dinner, open to survivors, first responders and their families, is free to attend but requires an RSVP through event organizers. She urged survivors interested in attending to contact her or other organizers through Facebook.

Event coordinators have gathered pictures of festival attendees taken Friday and Saturday at the weekend festival, the days before the Sunday shooting. The slides will be shown at the dinner.

“We want to enjoy the holidays just like we did last year,” Armentrout said.