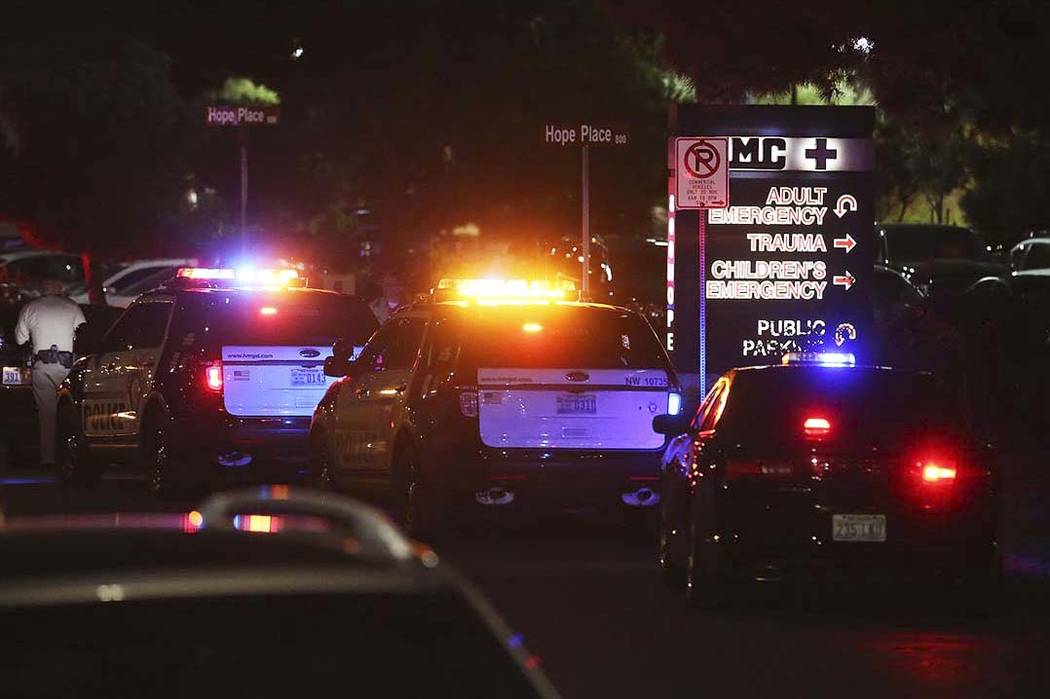 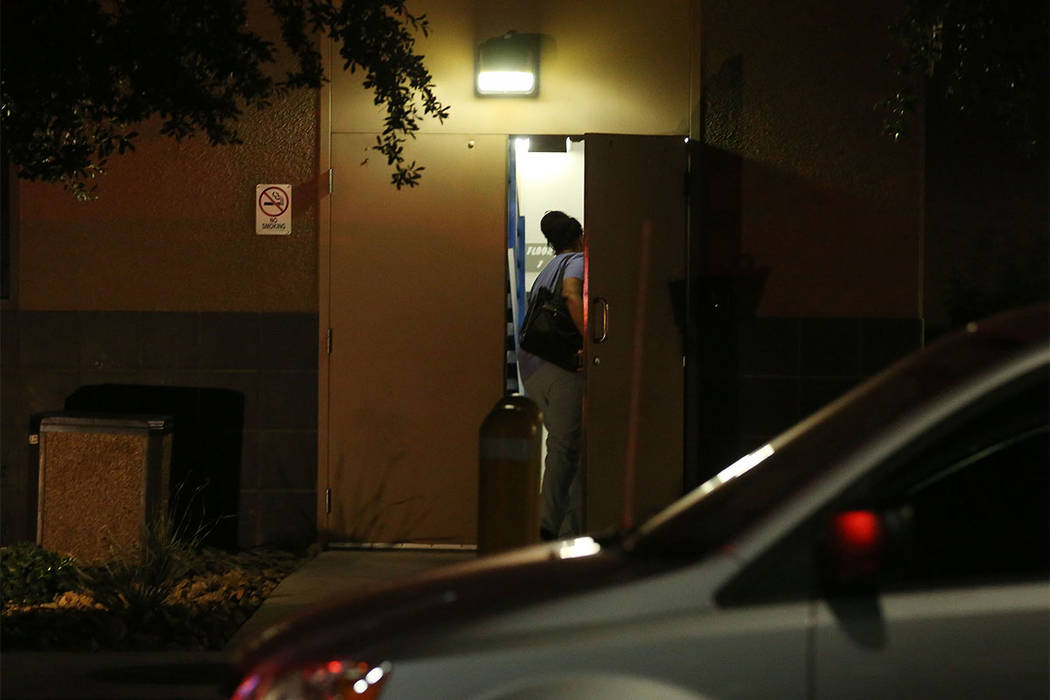 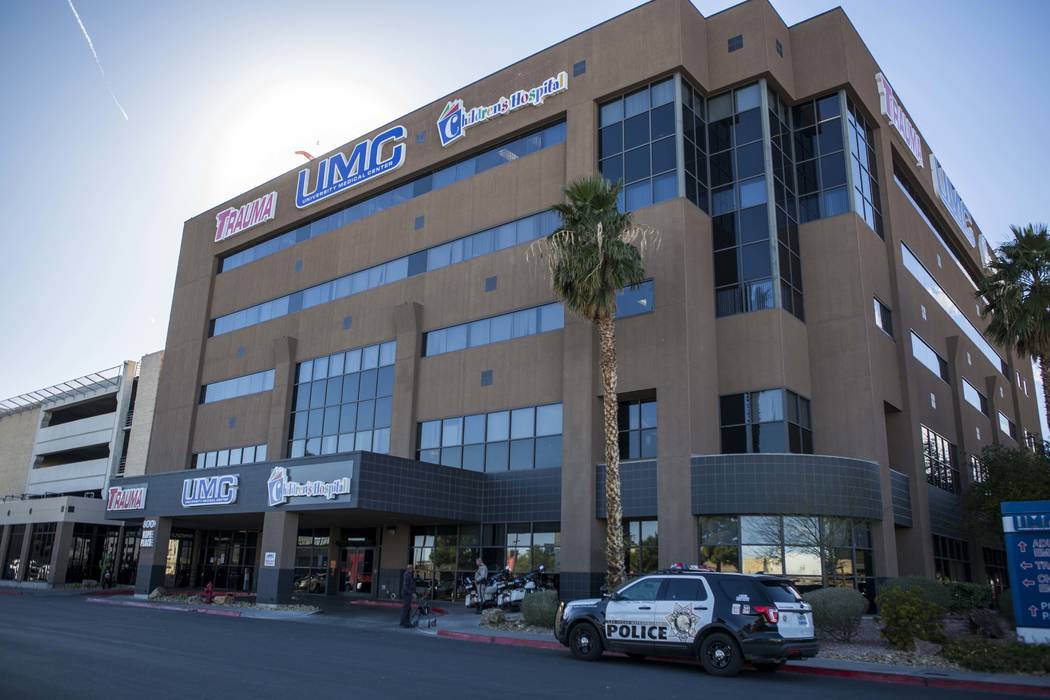 While police and fire department records show misuse of a hospital code known as “internal disaster” by University Medical Center contributed to confusion after the Oct. 1 shooting, little has been done in the year since to prevent a recurrence.

Officials at the county-run hospital have changed some internal procedures for calling such an alert, which is intended to notify first responders when a hospital’s environment is unsafe for patients, but neither they nor local public health officials have changed their policies to preclude its use during a mass casualty event.

For more than seven hours following the Route 91 Harvest festival shooting that killed 58 and wounded hundreds more, UMC, the state’s only hospital with a Level 1 trauma unit, operated under an internal disaster alert.

That apparently contributed to an erroneous radio dispatch to emergency responders stating the hospital was “completely out of beds,” Clark County Fire Department and Metropolitan Police Department records show. While UMC officials contend they never ran short on space, the message remained uncorrected for about 15 minutes.

It also might have contributed to the confusion that led to the diversion of at least two people to neighboring Valley Hospital Medical Center, which, unlike UMC, does not have a designated trauma center.

Roughly a year after the shooting, the mechanisms that run the internal disaster alert have been re-programmed, but county procedure on when they can be triggered remains unchanged, according to John Hammond, the Southern Nevada Health District’s EMS and trauma systems manager.

“Some of the problem was there were no changes made on internal disaster for a while, so we’ve automated the system so it’s more user-friendly,” Hammond said.

The change is aimed at limiting the time a hospital operates under internal disaster status.

Any hospital in the Las Vegas Valley can still issue the computerized alert at will, triggering a dispatch from the Las Vegas fire alarm office telling first responders to avoid the facility while it deals with whatever is causing the “unsafe” conditions . The alert was developed to address hazardous conditions like flooding or power failures, but UMC and other valley hospitals increasingly used it to signal emergency room overcrowding.

Until early March, hospital personnel had to switch off the alert manually once the facility could again accept patients by ambulance. But sometimes hospital employees would forget to do that, Hammond said.

Now the computerized system will automatically kick hospitals off “internal disaster” 90 minutes after the alert was issued, Hammond said.

The process takes into account hospital volume, a patient’s risk level and pending patient transfers, his statement said. The hospital also is making structural changes to improve capacity, including adding 21 beds to the emergency department and a discharge lounge for patients to “wait comfortably for their ride home without occupying an inpatient bed.”

The project should be complete by early 2019, Tierney said.

Spokeswoman Danita Cohen said the changes won’t prohibit the use of an internal disaster alert during mass casualty events.

“This must be available for hospitals to use at all times,” she said in an email. “The codes provide important notifications to both EMS and area hospitals regarding hospital status.”

County data show UMC has improved slightly in minimizing its use of the alert for overcrowding in the last year. The hospital activated the internal disaster notification for 5.3 percent of total hours through the end of August, a decrease of 1.1 percentage points from the same period last year.

Without regulatory authority over hospitals, the health district can only request that they avoid calling internal disasters for capacity reasons or during mass casualty events, Hammond said.

The state’s Department of Health and Human Services has that regulatory authority, but it relies on the Southern Nevada Health District to set operational guidelines, according to a statement from spokeswoman Martha Framsted.

Julie Kotchevar, administrator for the department’s Division of Public and Behavioral Health, said the department wouldn’t typically create a policy for outlier events like the Oct. 1 shooting. Kotchevar said she wasn’t aware of issues at UMC in the shooting’s immediate aftermath, but she would be willing to investigate a complaint.

“I will call Dr. (Joseph) Iser,” the health district’s chief health officer, “and talk to him about the guidance he’s given to hospitals and the definition of when they can or can’t use that (“internal disaster” alert) and ask them to make that more clear to hospitals so someone doesn’t use something inappropriately in an emergency.”

Lacking the ability to regulate hospitals, Hammond said the health district relies on “a good working relationship” with each facility when asking them to resist calling an “internal disaster” alert when patient counts are high but not dangerously so.

Hospitals, too, should be in contact with one another when they need help taking the load off, Hammond said.

“Making another phone call is a pain in the rump, but it helps the system in general,” he said. “If you’re truly, truly hammered, let your neighbors know they’re going to get hammered, too.”