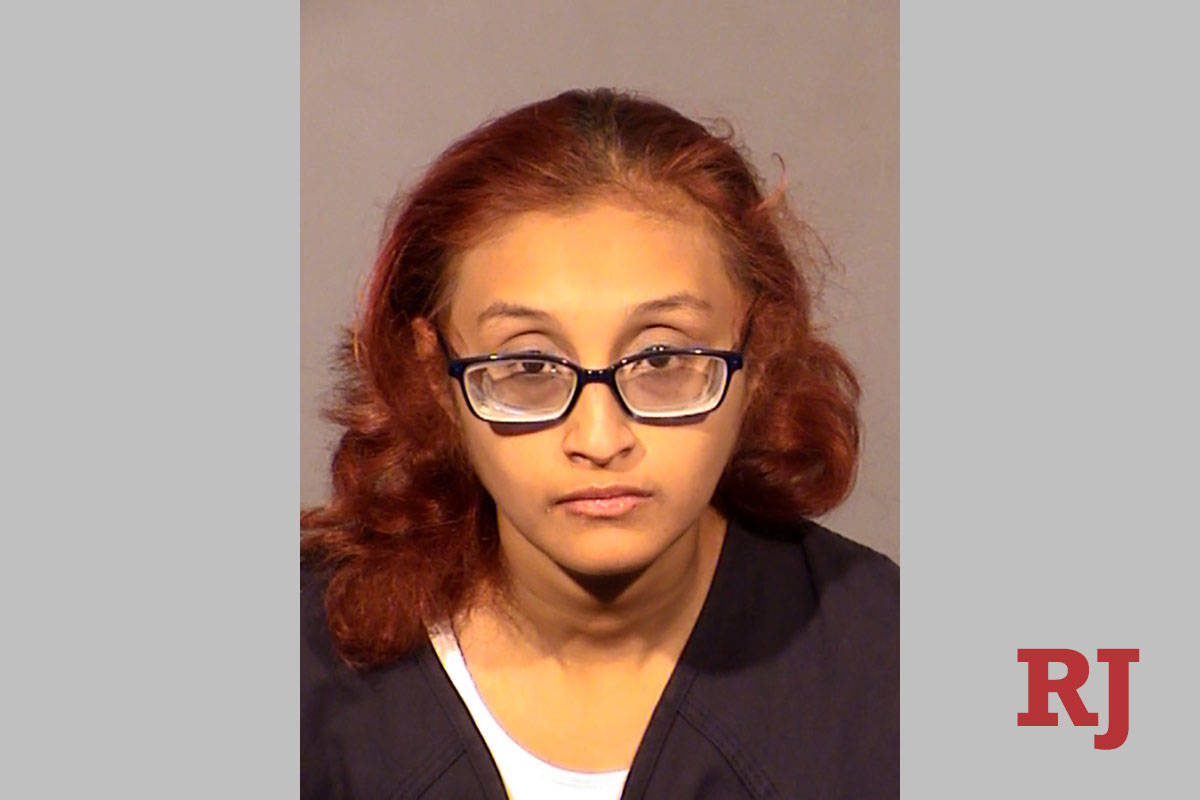 A woman arrested after fatally shooting her 3-year-old son told Las Vegas police that her gun went off as she was trying to remove the magazine.

Jasmin Vargas, 25, was booked Dec. 17 on two counts of child abuse resulting in substantial bodily harm with use of a deadly weapon, according to jail records.

Police said Vargas fired one shot with her Taurus 9 mm semi-automatic handgun Wednesday, fatally hitting her son, John Jaffey, according to an arrest report from the Metropolitan Police Department. He died within an hour of arriving at Sunrise Hospital and Medical Center.

The Clark County coroner’s office has not yet determined the boy’s cause and manner of death.

Officers were called at 7:06 p.m. to the 1300 block of Arlington Street after Vargas called police to report her son had been shot, police said at the scene.

Vargas told police she was visiting a friend who lived at the complex and, while the group was taking a walk in the parking lot, her friend told her about a string of recent car burglaries. Vargas said the lights in the parking lot were out so she grabbed the gun from her car to protect the women while the children, including Vargas’ son, walked about 6 feet in front of them.

“Jasmin stated she took the firearm from (her friend), removed the safety, pointed the firearm in front of her with her right hand and stated, ‘There’s nothing in there.’ Jasmin then pulled the trigger and fired one round, striking John in the head,” according to the arrest report.

Vargas told police that one of the women noticed the boy was on the ground bleeding, and they asked a neighbor to take them to the hospital.

Vargas told police that she bought the gun about a month ago because “she is small in stature” and that her boyfriend had loaded it with six rounds. She fired two rounds into the desert the day before and told police didn’t understand why there was a bullet in the chamber if she was removing the magazine.

“Jasmin stated she did not know there was a round in the chamber and was surprised when the gun fired,” according to the arrest report.

During a hearing Thursday, Las Vegas Justice of the Peace Joe Bonaventure said another of Vargas’ children was present at the time of the shooting but was not injured. “This is an incredibly serious allegation, an obviously tragic allegation,” the judge said about the case.

Vargas is being held on $80,000 bail and is scheduled to appear in court on Tuesday.

On Friday, the child’s godfather, Leonardo Irving, called John Jaffey an energetic boy who was taken too soon. Irving said he is a longtime friend of Vargas and John’s father, Michael Jaffey.

“John was a fast grower and a very intelligent little boy,” Irving told the Las Vegas Review-Journal. “He was talking fully before he was 3 and he is missed deeply.”