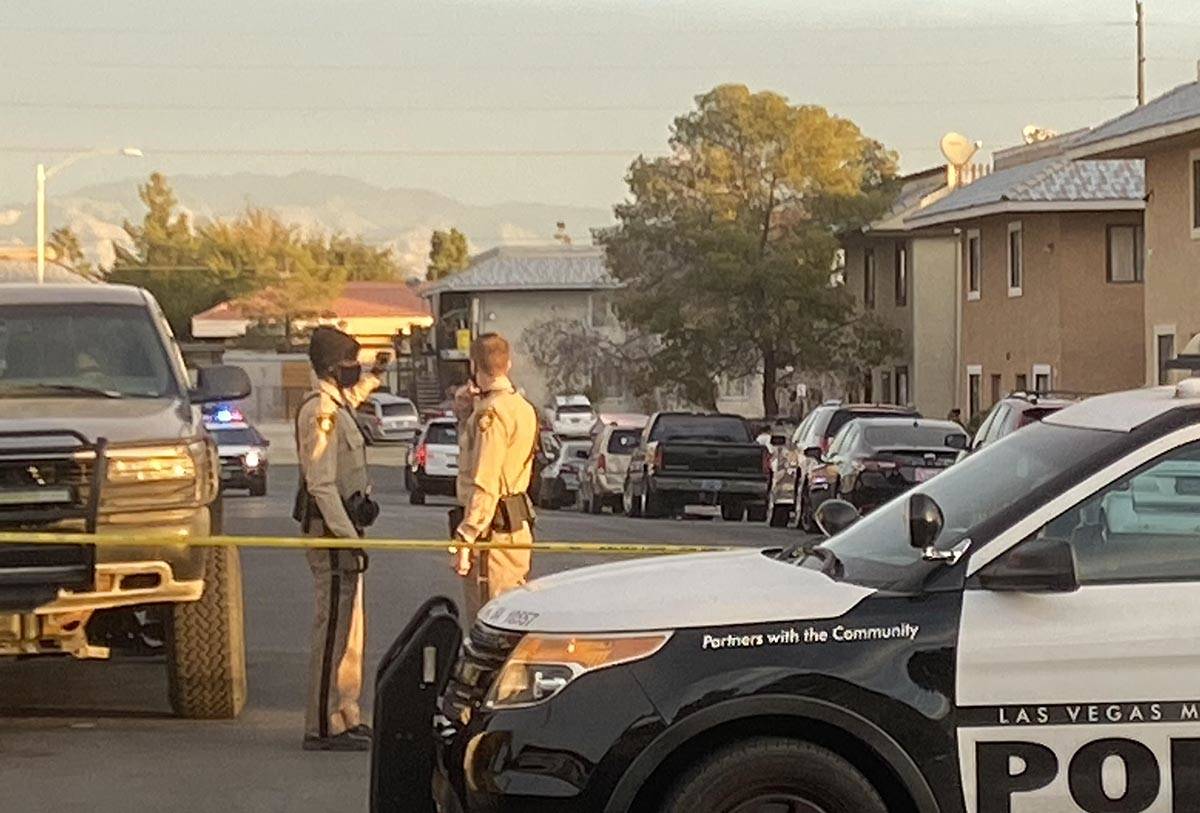 Las Vegas police investigate the shooting of a woman in the 1300 block of Kari Lee Court, near Rainbow and Charleston boulevards, on Monday, Nov. 23, 2020. (Glenn Puit/Las Vegas Review-Journal)

The crime scene was in the 1300 block of Kari Lee Court, near North Rainbow Boulevard and West Charleston Boulevard. Police taped off the entryway to apartments at the scene.

Lt. David Gordon said the woman was shot in her abdomen at 5:51 a.m. She was in critical condition at a hospital.

The suspected shooter was in police custody, Gordon said.

A man who was standing at the edge of the crime scene — and who did not give his name — said the shooting involved two of his family members, and the victim. He described it as a domestic shooting.