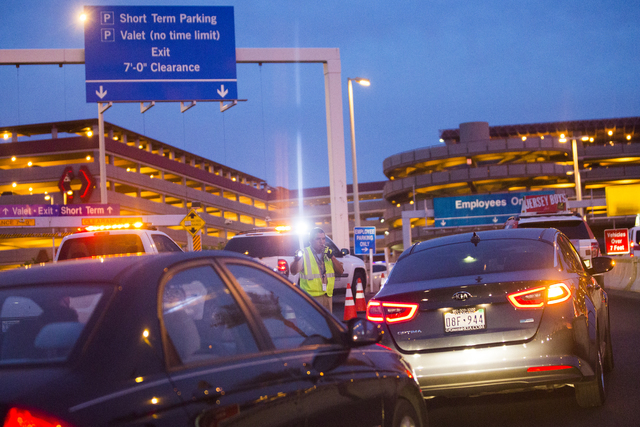 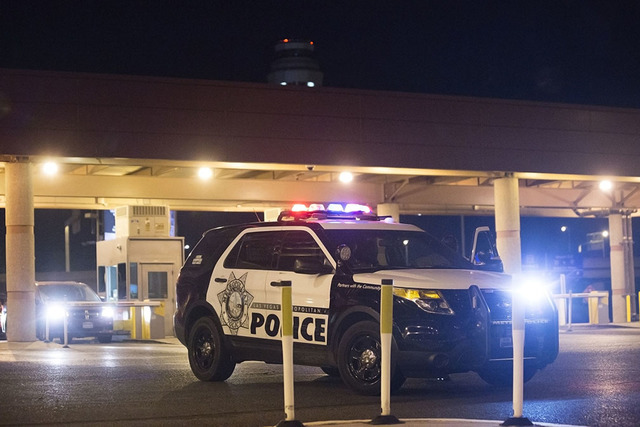 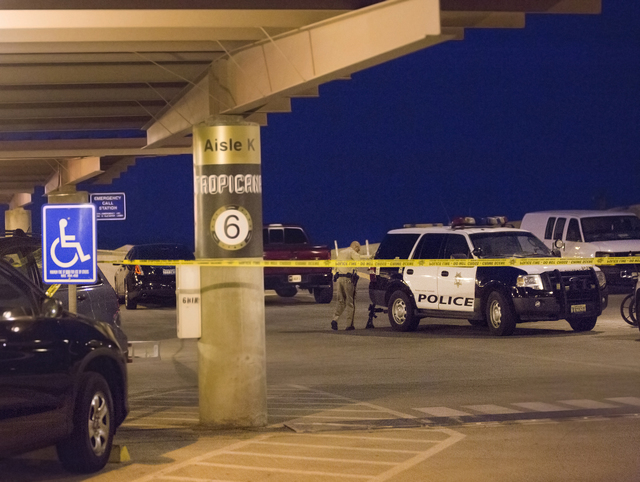 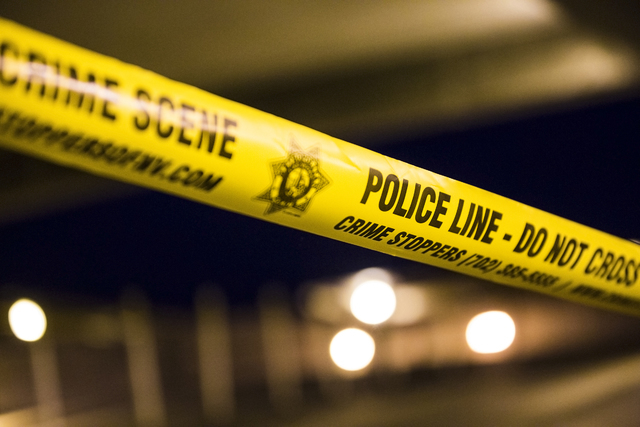 Las Vegas Metro taped off most of the top floor of the parking garage at McCarran International Airport after two people were shot in a domestic incident on Monday, Sept. 19, 2016, in Las Vegas. Benjamin Hager/Las Vegas Review-Journal 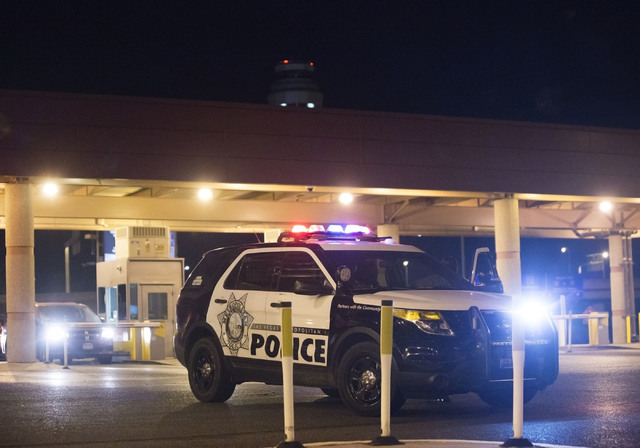 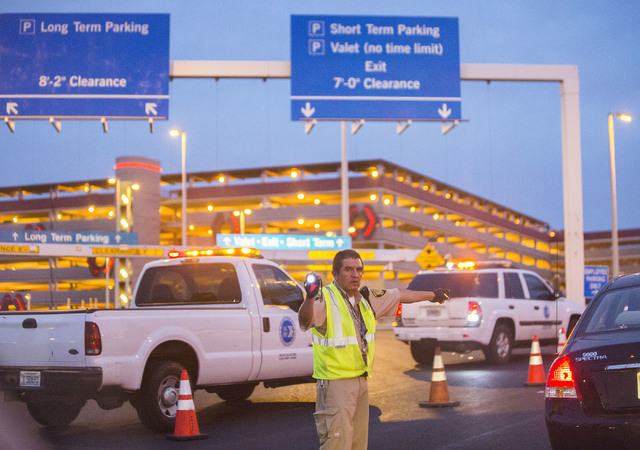 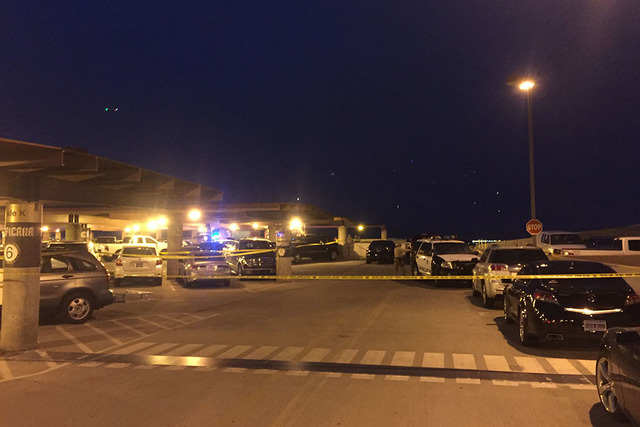 The parking garage was closed after a shooting at McCarran International Airport in Las Vegas, Monday, Sept. 19, 2016. Police said two people were shot in the parking garage and it was related to domestic violence. (Rachel Aston/Las Vegas Review Journal)

Las Vegas police arrested a suspect late Monday night in connection with a shooting earlier in the day at McCarran International Airport.

Police did not identify the suspect as of 11:45 p.m. Monday.

The shooting happened just before 6 p.m. on the garage’s sixth level, which is a long-term parking area. The Metropolitan Police Department said it was an isolated incident and described it as domestic violence in nature.

“There has been no significant threat to this airport,” said Capt. Vincent Cannito, Metro’s airport bureau commander.

The man and woman shot landed in Las Vegas shortly before the incident. Police did not confirm whether they were locals or visiting Las Vegas, and airport officials did not say where the pair had arrived from.

The shooter, a man, had been in a previous relationship with the woman shot, Cannito said. He was not in custody as of 9:30 p.m., and no one was identified Monday night.

The victims were taken to Sunrise Hospital and Medical Center, where both were stabilized as of 9 p.m. The condition of the man shot was unclear, but police confirmed the woman’s injuries were not life-threatening.

The relationship between the two people shot was unclear Monday, though Cannito referred to them as “family.”

The shooter took off from the scene in a vehicle, and while Metro confirmed he did not jump in a cab, officers could not provide a description of the shooter’s vehicle.

The airport’s aviation director, Rosemary Vassiliadis, said although the shooting was on airport property, no flights were affected. She added that all of the airport’s terminals remained open as police and medical crews responded to the garage.

For about 20 minutes, the Airport Connector, which links the 215 Beltway to McCarran’s main terminals, was shut down as officers converged on the scene, which caused a significant traffic backup. But the connector was reopened quickly.

As of 9:30 p.m., the sixth level of the parking garage was the only area of the airport still closed to traffic.

“There are security and safety plans for every airport; we certainly have ours, and they kicked in very promptly,” Vassiliadis said, thanking Metro for the “swift response.”

It’s unclear what happened in the moments that led up to the shooting. It was also unclear whether witnesses were at the scene when shots rang out.