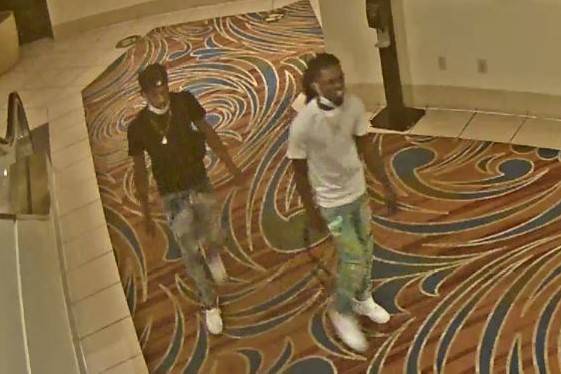 Las Vegas police are looking for these men in connection with a shooting on the casino floor at the MGM Grand on the Las Vegas Strip on Friday night, Oct. 2, 2020. (Las Vegas Metropolitan Police Department) 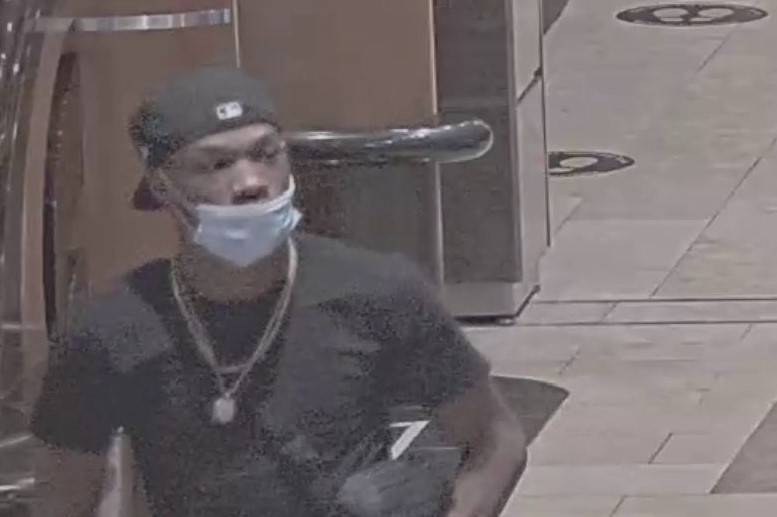 Las Vegas police are looking for this man in connection with a shooting on the casino floor at the MGM Grand on the Las Vegas Strip on Friday night, Oct. 2, 2020. (Las Vegas Metropolitan Police Department) 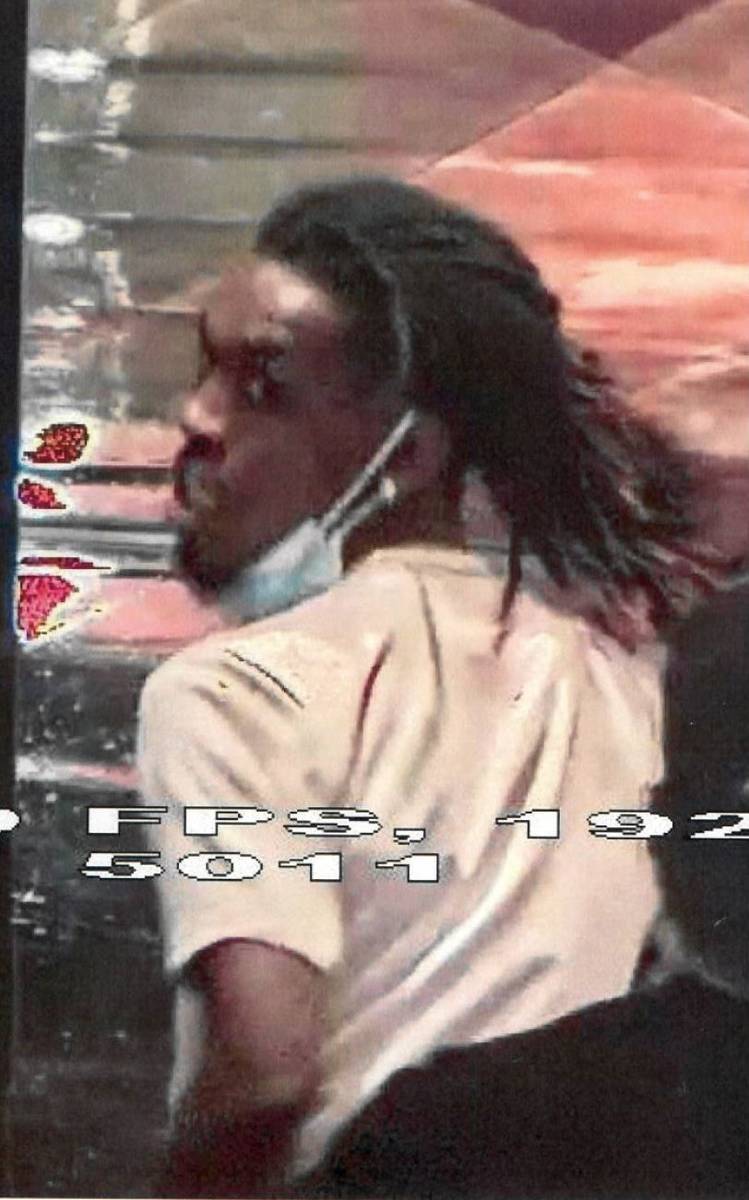 Las Vegas police are looking for this man in connection with a shooting on the casino floor at the MGM Grand on the Las Vegas Strip on Friday night, Oct. 2, 2020. (Las Vegas Metropolitan Police Department)

Police are searching for two men suspected in connection to a shooting Friday on the Las Vegas Strip.

Officers were called at 2:38 a.m. to the MGM Grand on Las Vegas Boulevard after a bystander took a gun away from an armed man following a fight on the casino floor, according to a Metropolitan Police Department statement released Saturday.

Investigators believe two men walked toward the elevators after the fight, and when the bystander, described by police as a “good Samaritan,” saw one of the men pull out a handgun, he fought to disarm him.

“As they struggled over the weapon one round was fired and the handgun was dropped. The Samaritan picked up the handgun and turned it over to an arriving security officer as the suspect and the second male fled from the area,” the statement read.

Las Vegas police on Friday said no one was injured and the casino floor was back to regular business within a few hours.

Anyone with information is encouraged to call Metro’s gang crimes section at 702-828-7826.