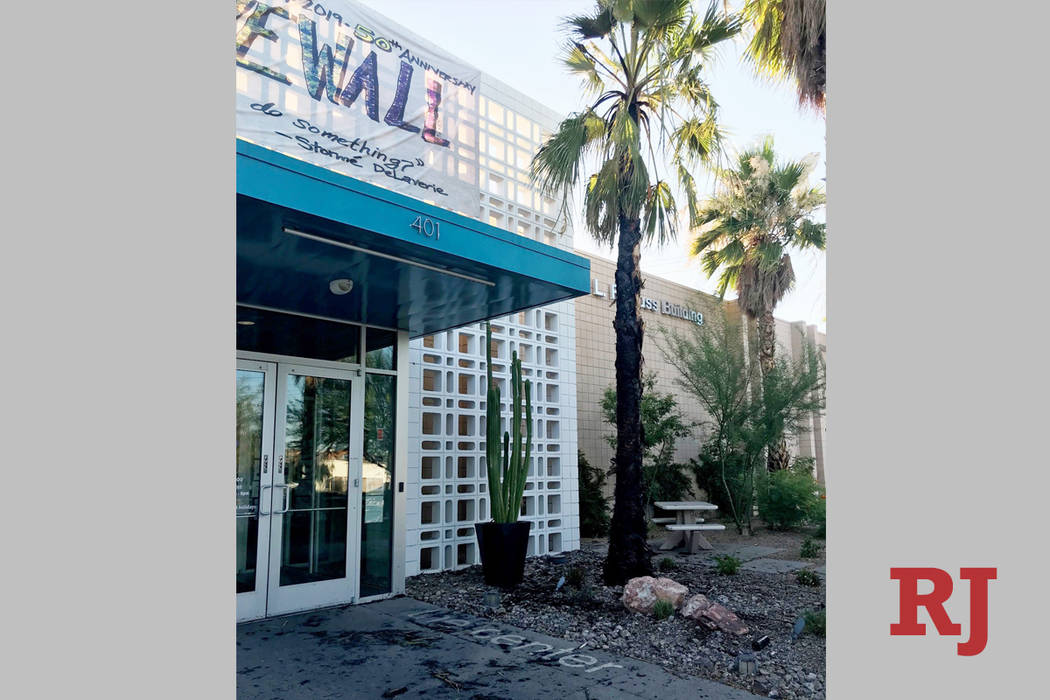 Authorities have opened an arson investigation after a palm tree fire Thursday, June 27, 2019, outside the Gay and Lesbian Community Center of Southern Nevada near downtown Las Vegas. (The Center LV via Facebook) 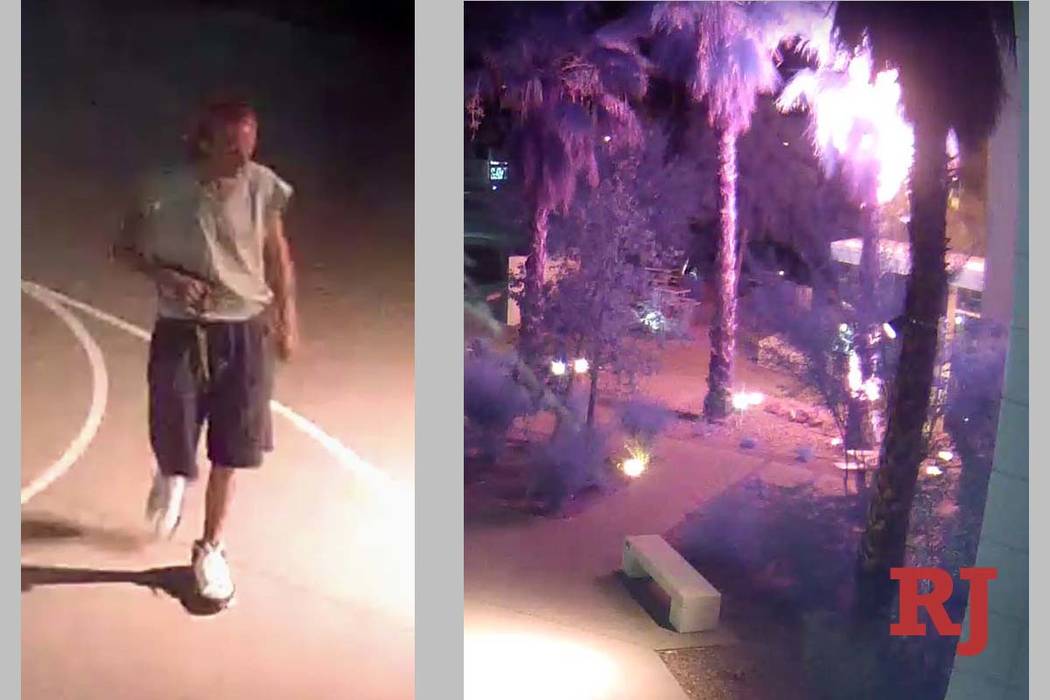 Authorities have opened an arson investigation after a palm tree fire Thursday morning outside an LGBTQ center near downtown Las Vegas.

A banner above the center’s entrance commemorates the 50th anniversary of the Stonewall riots, a rebellion that began June 28, 1969, in response to police raids at the Stonewall Inn in New York City.

The footage appeared to show the man trying to access the banner before setting fire to the tree, said Waldron, who linked the fire to a larger trend of increasingly vitriolic rhetoric and attacks against the LGBTQ community.

“In the end it just reminds us that there are people out there that mean us harm, and it reminds us that one of our purposes in being here is to create a safe environment in our community and to have a home,” he said.

He said the center considers any intentionally harmful act against the community to be a hate crime, with the caveat that the center would defer to law enforcement’s investigation before knowing for certain.

“It does not appear to be a hate crime at this time, but they are still looking into it,” Meltzer said.

Firefighters were called about 3:30 a.m. about the tree fire, and a single engine handled the call, Las Vegas Fire Department spokesman Tim Szymanski said. He said crews initially had no indications of foul play as tree fires are common this time of year.

“We didn’t send investigators until security called us and said, ‘Hey, I got something on the tape you need to look at,’” about two hours later, Szymanski said.

No arrests have been made, but the man likely will face a charge of third-degree arson upon apprehension, he said. The fire caused roughly $500 in damage to the tree.

Security thought they recognized the man, although not by name, and passed along information to the investigators, Waldron said.

The center was targeted for arson in 2016 by a woman who claimed Oprah Winfrey told her to start the fire. Grewndolyn Glancey, now 24, initially faced a charge of first-degree arson but ended up serving time for attempted burglary, records show.