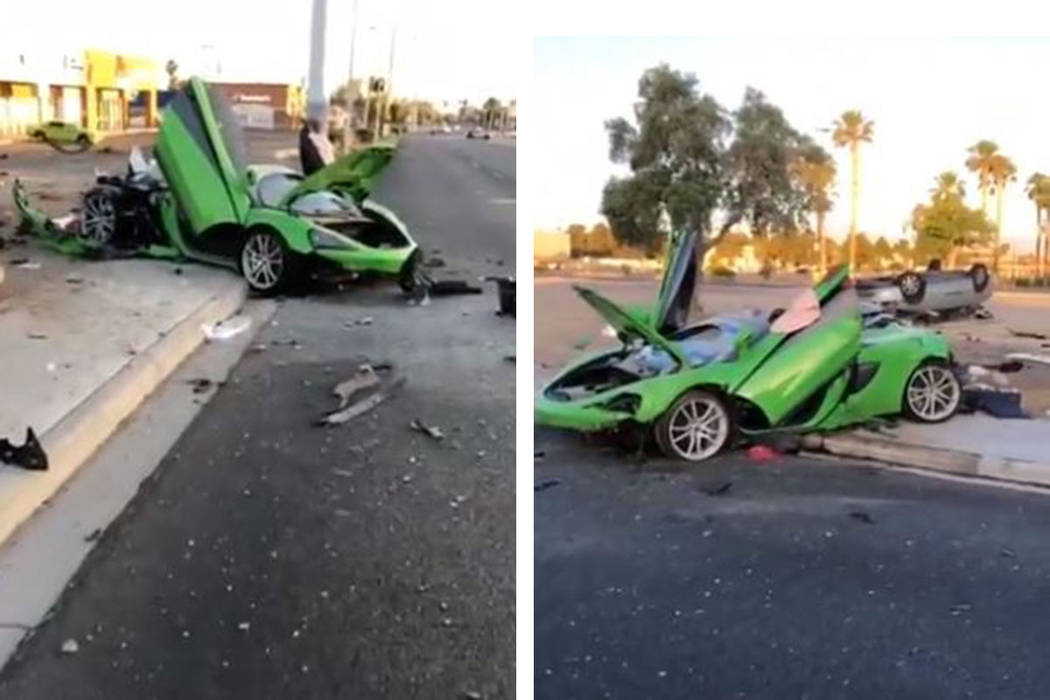 One person is dead and two others are critically injured after a suspected DUI crash Sunday, June 2, 2019, near East Tropicana Avenue and Pecos Road in Las Vegas. (Las Vegas Metropolitan Police Department)

Joshua Badell, 39, was in the passenger seat of a Toyota Camry parked in a strip mall near Tropicana Avenue and Pecos Road when a green McLaren 570S left the road and crashed into the vehicle, police said. He died of blunt force injuries, and his death was ruled an accident, the coroner’s office said.

Dream Exotics of Las Vegas rented the McLaren to Butler at 10:30 a.m. Saturday, rental manager Vic Tyagi said in a phone interview Monday. He and some friends had rented two cars, including the McLaren, Tyagi said.

They showed no signs of impairment, passed all of the rental company’s background checks and were “100 percent responsible and eligible for a rental,” he said.

Tyagi offered sympathies to Badell’s family and loved ones, adding that the rental company was cooperating with the Metropolitan Police Department’s investigation. The company encourages safe driving, Tyagi said.

This crash marked the 50th fatality Metro has investigated in 2019.

This is not an accident! We do not ACCIDENTALLY get into our car after becoming impaired!! We make choices….and this CHOICE killed an innocent person. @LVMPD @DriveSafeNV @LVMPDSEAC pic.twitter.com/ipQVV8JVrQ