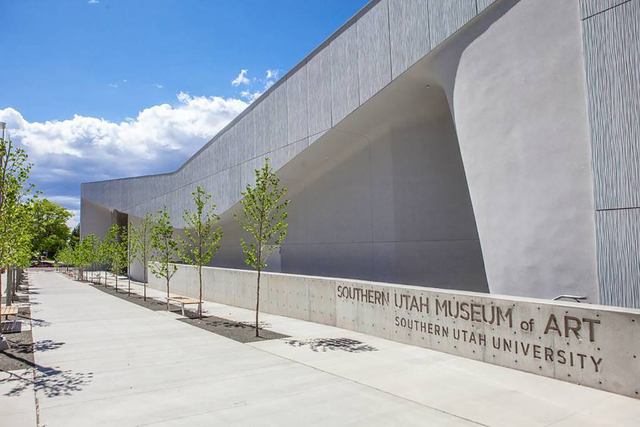 The $8 million museum is “an outgrowth of the Braithwaite Fine Arts Gallery” on the Southern Utah University campus, according to Shauna Mendini, dean of SUU’s College of Visual and Performing Arts.

With about 5,300 square feet of exhibition space, SUMA has “the ability to define its space,” she notes, “based on the exhibition.”

Or exhibitions, in the case of the museum’s initial offerings.

One display features 15 paintings by the late Jimmie Jones, “one of the foremost (landscape) painters of our red-rock region,” Mendini says.

Before his death in 2009, Jones “planted the seed” for the museum by donating his home and the copyrights to much of his work to the university to help launch the museum, she explains.

Other SUMA debut exhibits include “First Peek,” a juried show and sale with works by 35 regional and national artists; works by Salt Lake City artist Kevin Kehoe; SUU student works inspired by the National Park Service centennial and its “Find Your Park” campaign; and vintage photographs depicting tourists arriving in Cedar City by train, bound for nearby Zion and Bryce Canyon national parks.

Initially, museum supporters planned a stand-alone project, but both SUMA and Shakespeare festival officials realized their separate projects “would come to fruition if they would combine,” Mendini notes, citing “the idea of the confluence of the arts and what that means, particularly as it’s associated with the university.”

SUU officials hope “to establish a national presence” with the new museum.

After all, “the Utah Shakespeare Festival already has an international presence,” Mendini points out. Add the “fine arts programming at the university, and the wonderful connection with Cedar City, and it makes perfect sense.” 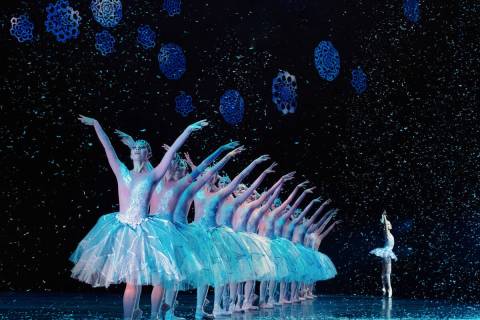