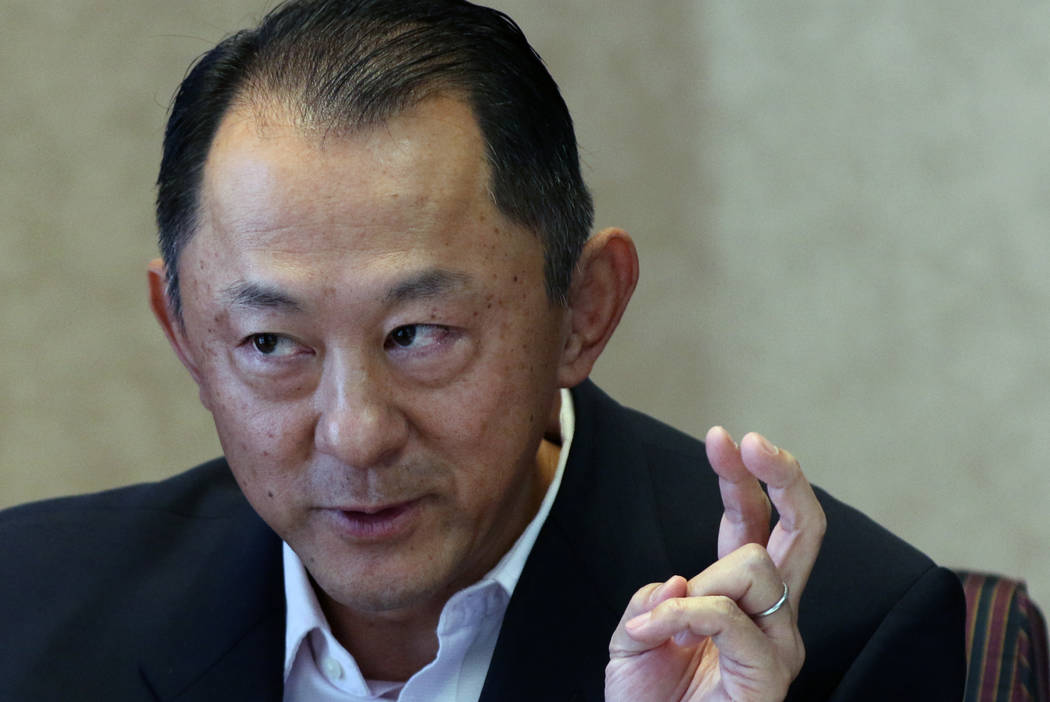 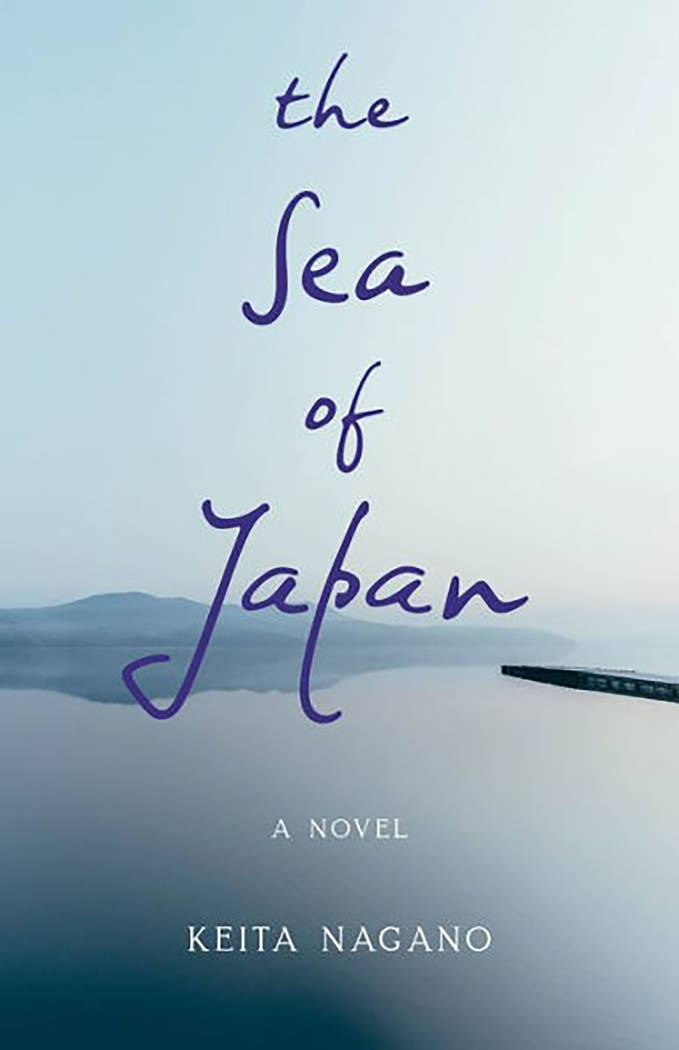 "The Sea of Japan" (SparkPress) 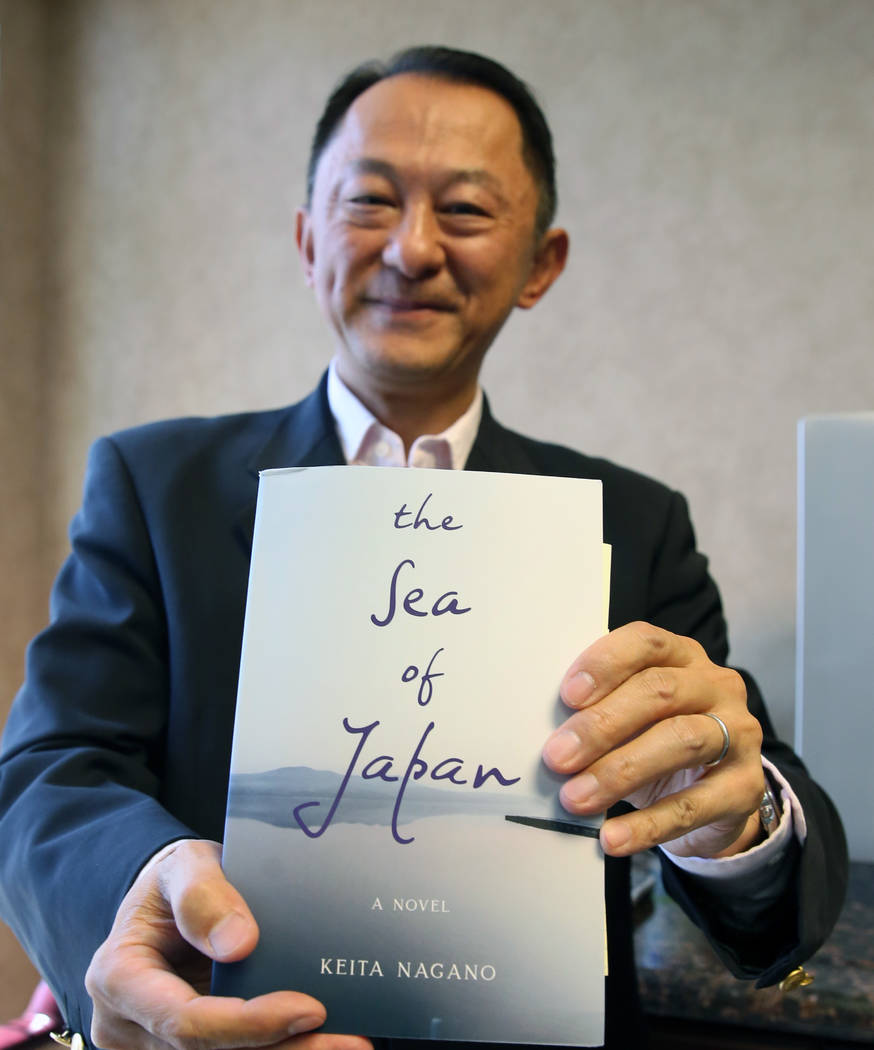 Keita Nagano, an author of "The Sea of Japan," poses for photo at his Henderson office on Friday, Sept. 13, 2019. (Bizuayehu Tesfaye/Las Vegas Review-Journal) @bizutesfaye 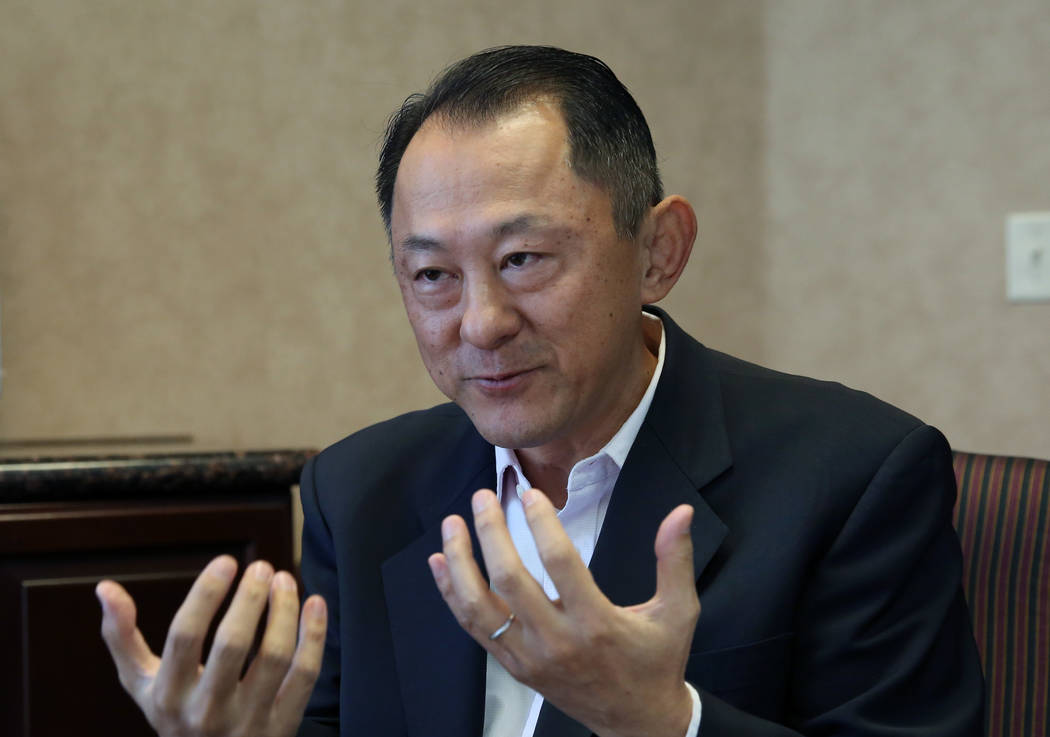 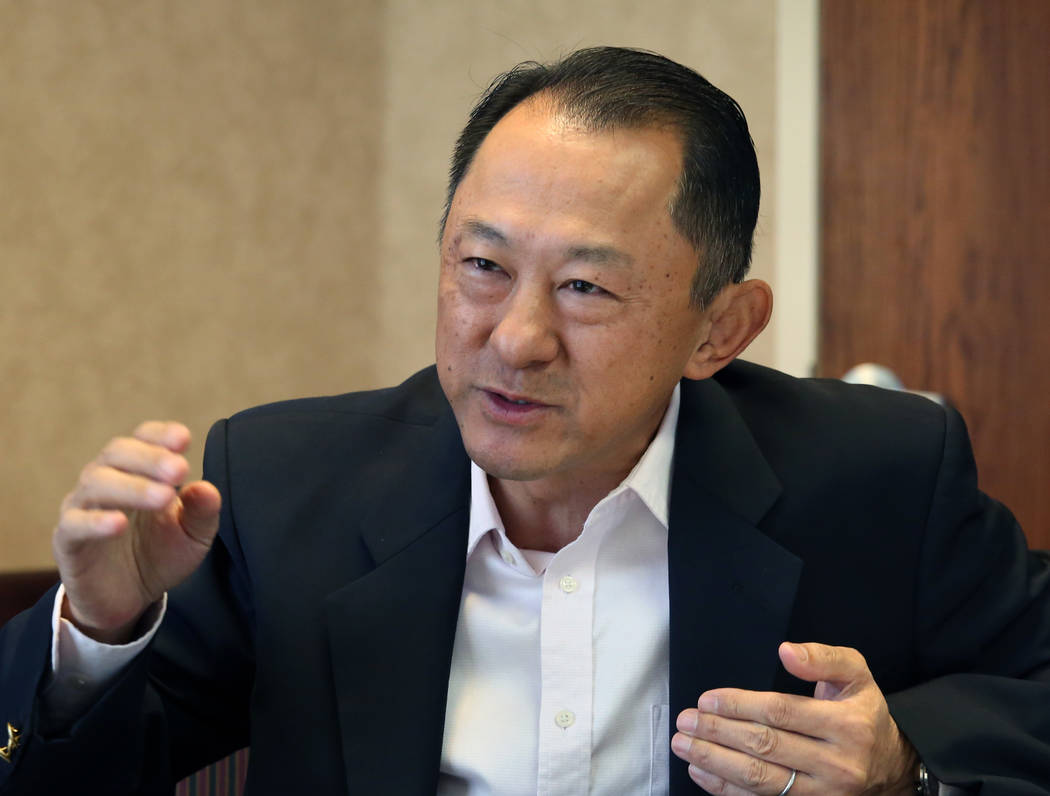 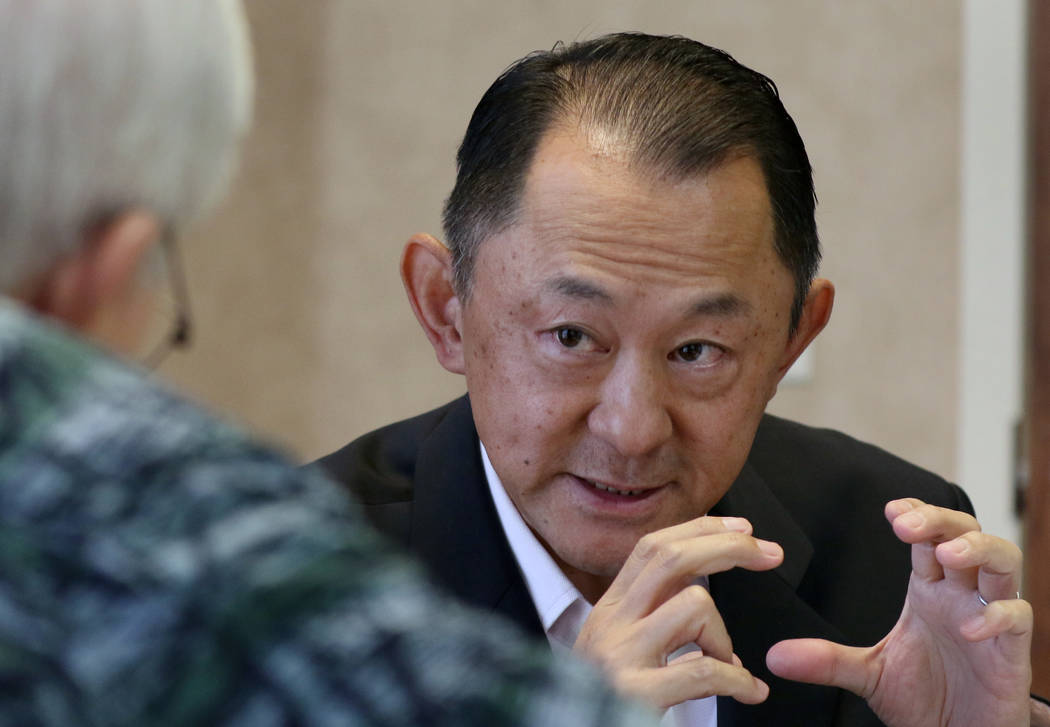 Keita Nagano was born in Japan, and his previous writings — which include prize-winning short stories, a novel and several nonfiction business books — were written in Japanese for a Japanese-speaking audience.

Now Nagano, who has lived in Southern Nevada for more than 20 years, has jumped into more unfamiliar literary waters with the release of his latest novel, the first that he wrote in English specifically for English-speaking readers.

“The Sea of Japan” (SparkPress, $16.95) is set in a commercial fishing town in Japan and tells the story of an American woman assigned there as an exchange English teacher. When circumstances force her to change her plans, she becomes enmeshed with the fishing village and a fisherman in it, navigating tricky emotional and business currents while re-creating her life.

“Keita Nagano” is the pen name of Shusuke Ogihara, a Henderson-based consultant who works with Japanese businesses doing, or considering doing, business in America. But, Nagano says, smiling, “Nobody pronounces my name right, nobody spells my name right.”

Anyway, Nagano devised a name — an allusion to his father’s birthplace and the university Nagano attended — that’s easy to spell and, he says, smiling, “Amazon-compatible.”

A novel of firsts

Nagano says “The Sea of Japan” was inspired by a photo he saw of firefly squid, which have light-emitting organs on their bodies and which each year gather by the millions along the Japan coast to spawn and then die. In writing it, Nagano researched the commercial fishing industries in Japan and Massachusetts.

He says he thought and wrote directly in English, rather than writing in Japanese and then translating into English. That, he says, creates better synchronization and flow for readers.

Still, Nagano did tweak passages that Americans might find perplexing. For example, an early plot point revolves around a disagreement between the American teacher and a Japanese physical education teacher about physically reprimanding a student. Because of cultural differences, Japanese readers might take the notion of corporal punishment in stride, while American readers would be confused.

“(For) purely Japanese readers, I probably shouldn’t take that much time explaining the back and forth between Lindsey and the P.E. teacher, Kong,” he says. But “if I have not spent this much time on this, American readers would probably just give up on me: ‘This guy doesn’t know much about American culture.’ ”

Another first for Nagano: He chose to tell the story from a woman’s first-person perspective.

“Confession time: In fiction publishing today in America, 80 percent of readers are female and 20 percent are male,” he says. So, as a first-time author in America, he chose to “use the female voice.”

Having a woman as protagonist also underscores the sexism the character encounters. Even today, Nagano says, “the fishing industry is a totally male industry.”

Nagano, 54, was born in Tokyo, raised in Tokyo and Yokohama, and lived in Tokyo until age 32. Although he took English classes in middle and high school, “linguistic-wise, I’m 100 percent a Japanese product,” he says.

His father was a successful businessman who often entertained American friends and was “a big fan” of America, Nagano says. “He always was talking about positive stuff about America, which really influenced me.”

At age 12, Nagano visited America for the first time on a trip with his father. The trip took them to “Los Angeles, Oxnard and San Francisco,” Nagano says, smiling, and his memories of the trip include the larger Coke cans here, seeing what was then the world’s only Disneyland, and the friendliness of Americans.

In 1997, Nagano — by then 32 and working in banking in Tokyo — came to Las Vegas for a yearlong job as an interpreter for a Las Vegas law firm. When the job was finished, he decided to stay in Las Vegas and co-founded a small consulting practice assisting Japanese investors coming to America.

That’s still his day job, but Nagano hopes to someday devote all of his time to writing. He began writing at 13, when he won a middle school writing contest, and his first published book, in 1998, “was a business book promoting Las Vegas.”

Other nonfiction business books followed, but “my heart was always going to fiction,” Nagano says. “I always wanted to do creative writing, and in 2011 I got my first award for creative writing.”

That was for a short story set in an office. The following year, he won a fiction award for a short story about a child who vanishes after passing through a security checkpoint at Los Angeles International Airport.

Nagano is a continuing fan of U.S. culture. He estimates that he has been to 70 or 80 percent of our national parks, has visited every major league ballpark in the U.S. and has been in all 50 states.

“My hobby is pursuing the authentic American experience, and for that I’m interested in all American iconic places in all the states,” he says. “If I had one more life, I’d probably go and do more and more.”

Nagano views his writing as a means of fostering understanding between the country of his birth and the country he has adopted.

“What I’m really doing is connecting America and Japan,” Nagano says. “If I could make those two countries one inch closer, my mission is accomplished and I can die tomorrow.”