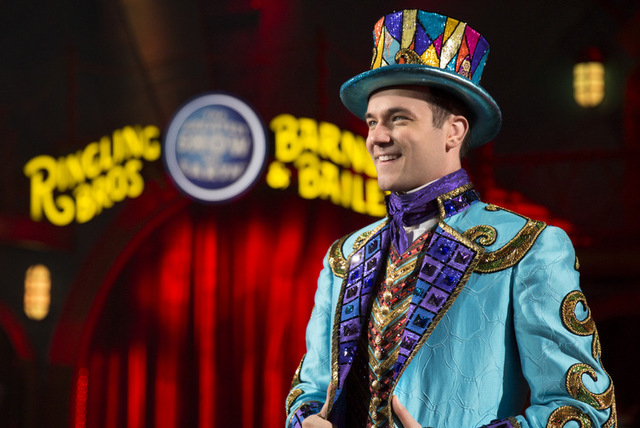 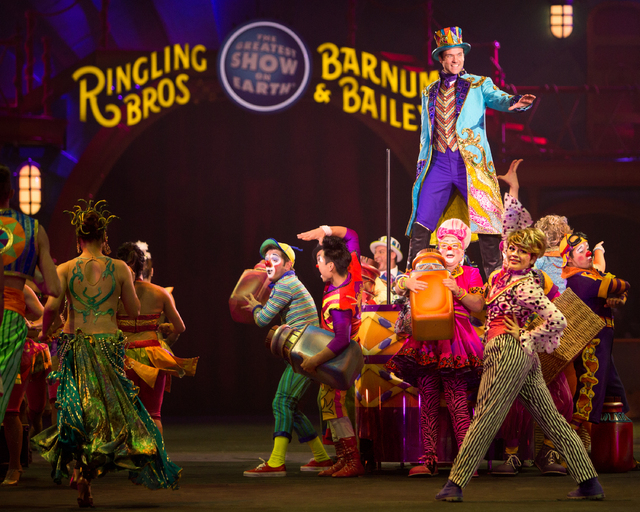 David Shipman holds tight to a small, but powerful memory of his first trip to the circus. He was 2 years old.

“Who doesn’t remember their first circus?” he says. “It’s just a fragment of a memory, but I remember seeing the clowns and the animals. I remember the magic.”

More than anything, Shipman remembers the feeling of wanting to be a ringmaster when he grew up.

Nearly 25 years since his first time under the big top, Shipman is living his dream.

Shipman will be the ringmaster in Las Vegas when Ringling Bros. and Barnum & Bailey present Circus Xtreme.

The show opens today at the Thomas & Mack Center and runs through Sunday.

Circus Xtreme is expected to feature all the typical circus acts, including acrobats, sword swallowers, lions and tigers.

“But we have added a few more things to modernize the show,” Shipman says.

Shipman says he is excited for the new acts the show features, from BMX riders to trampoline stunts.

“We really took it to the next level,” he adds.

Shipman still can’t believe he is in the center of all of it.

His magical childhood circus experience set Shipman on a path to becoming a performer. Throughout high school and college, he says, he honed his skills as an actor. But after college, he decided it was time to become a grown-up.

“I thought I needed a big-boy job,” Shipman says. “So, I threw my dreams to the wayside.”

A quarter-life crisis hit him hard when he turned 25 and realized he wasn’t doing what he wanted to do.

“And I felt like a hypocrite,” he says. “I was an admission counselor for an art and design college. I was telling students to follow their dream when I wasn’t doing the same.”

After deciding that changes were in order, Shipman found a post announcing open auditions for Ringling Bros. and Barnum & Bailey, who were seeking a new ringmaster.

Trouble was, the deadline had past by one week.

The missed deadline didn’t matter. Shipman impressed the circus people and was hired.

“I sat down later and talked with them,” he says. “They told me they could see I had a genuine excitement.”

So he quit his job and ran away with the circus, literally.

And talk about coming full circle feel: His first performance, “The Greatest Show on Earth,” was in the same arena he attended his first show in Pensacola, Fla.

“All my family came out to see me,” Shipman says.

The night was a mixture of jitters and excitement — though he says excitement outweighed anything else in the end.

Shipman carries that excitement each time he loads onto the circus train — one of his favorite parts about working for the company — and moves to the next city.

“I think people don’t know we still travel by circus train,” he says. “I have a small apartment on the train where I get to see America’s backyard. There is something really exciting and romantic about it.”

But this is easily tied with his other favorite part of the job.

“I get to look out into the audience and engage with people,” he says. “I get to see their laughter and family bonding.”

As the ringmaster, he keeps audiences engaged and energized has he introduces the next part of the show.

Even in the Internet era with children glued to tablets and smartphones, he says getting — and keeping — their attention is pretty easy.

“This isn’t (computer generated imagery) or any type of special effects,” Shipman says. “These are real athletes doing incredible things. I think it’s more engaging than many other things you see in this mundane world. We have so much routine (in this world), I think they are excited to see something new.”

When the night is done, Shipman will rush to the back, strip off his top hat and costume, change into street clothes and walk out with the families. Incognito, he listens to the families talk about the show.

Three years into his circus gig, he hasn’t tired of being a ringmaster.

“It is a job,” he says. “Like any other job, you’ll have your up days and down days. But at the end of the day, I love the work I get to do. It is the greatest job on Earth.”