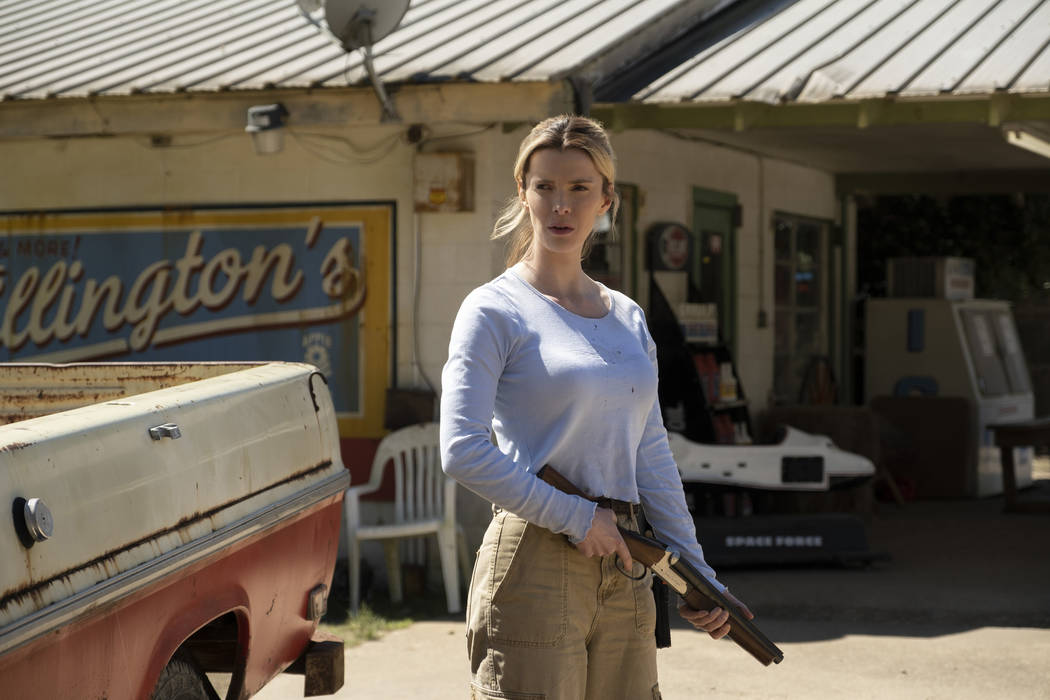 Betty Gilpin as Crystal in The Hunt, directed by Craig Zobel. (Universal Pictures) 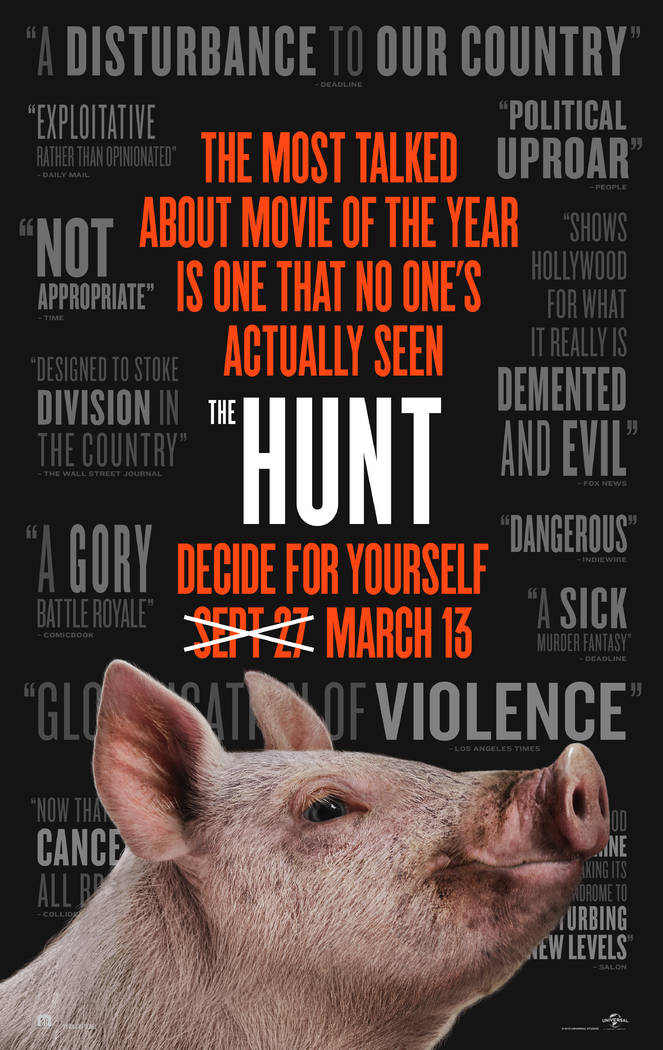 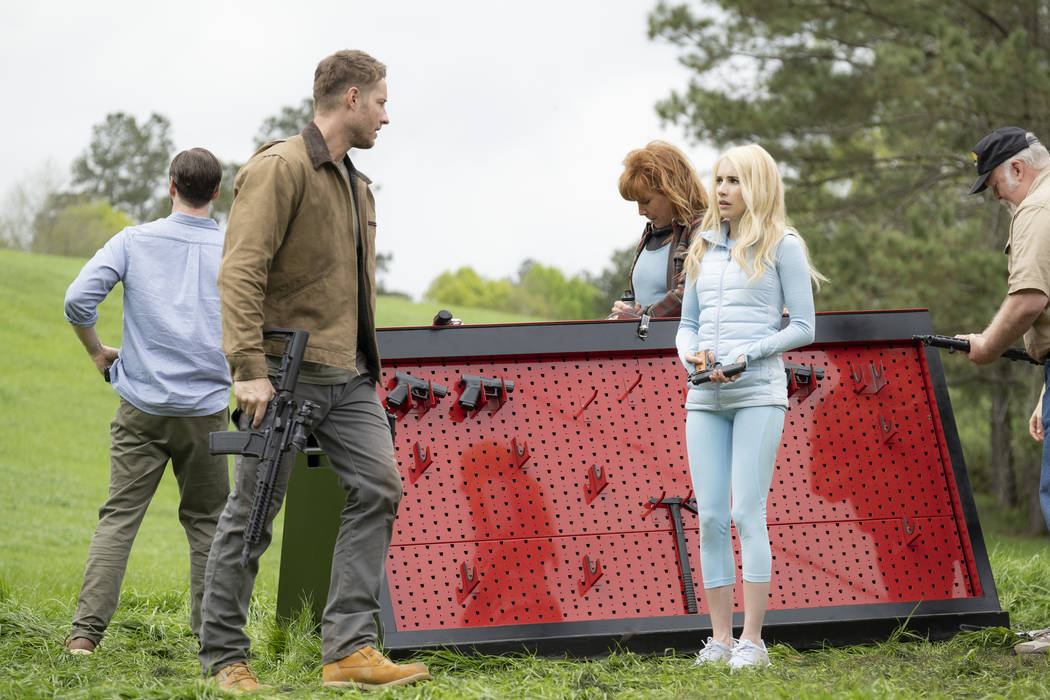 Members of the hunted (from left, Ike Barinholz, back to camera, Justin Hartley, Kate Nowlin), including Daisy (Emma Roberts) and Don (Wayne Duvall), find weapons in a clearing in The Hunt, directed by Craig Zobel. (Universal Pictures) 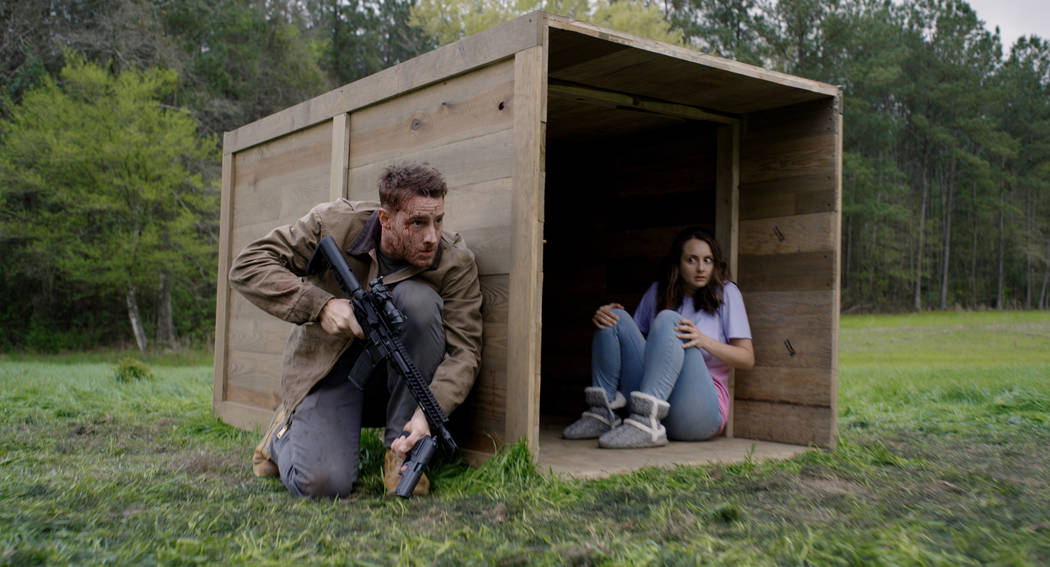 Members of the hunted (from left, Justin Hartley, Sylvia Grace Crim) in The Hunt, directed by Craig Zobel. (Universal Pictures) 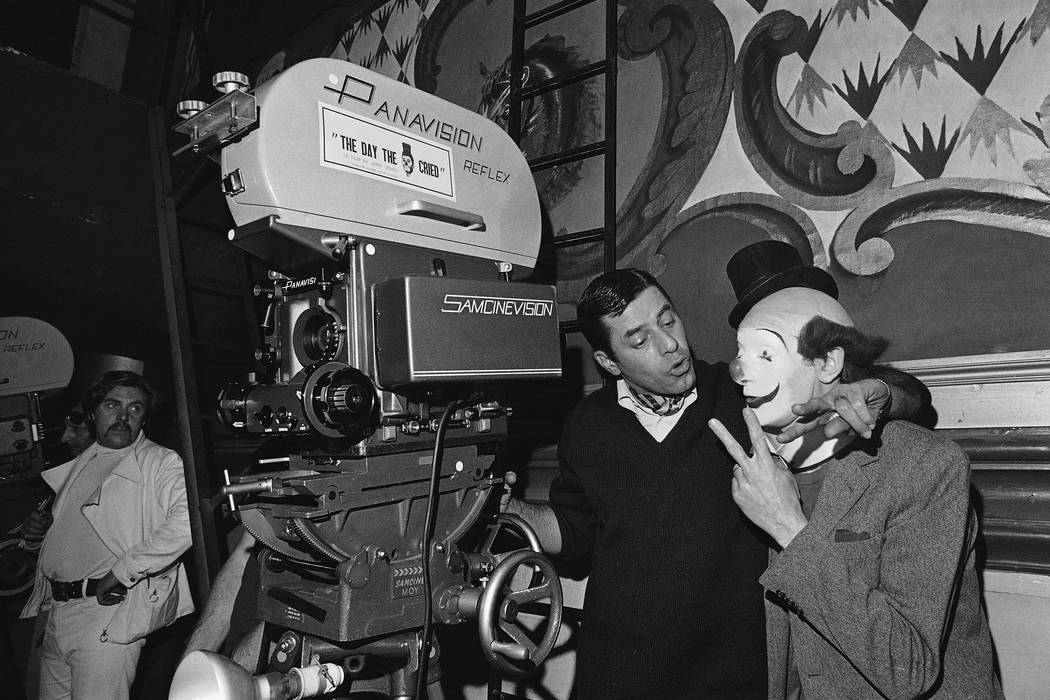 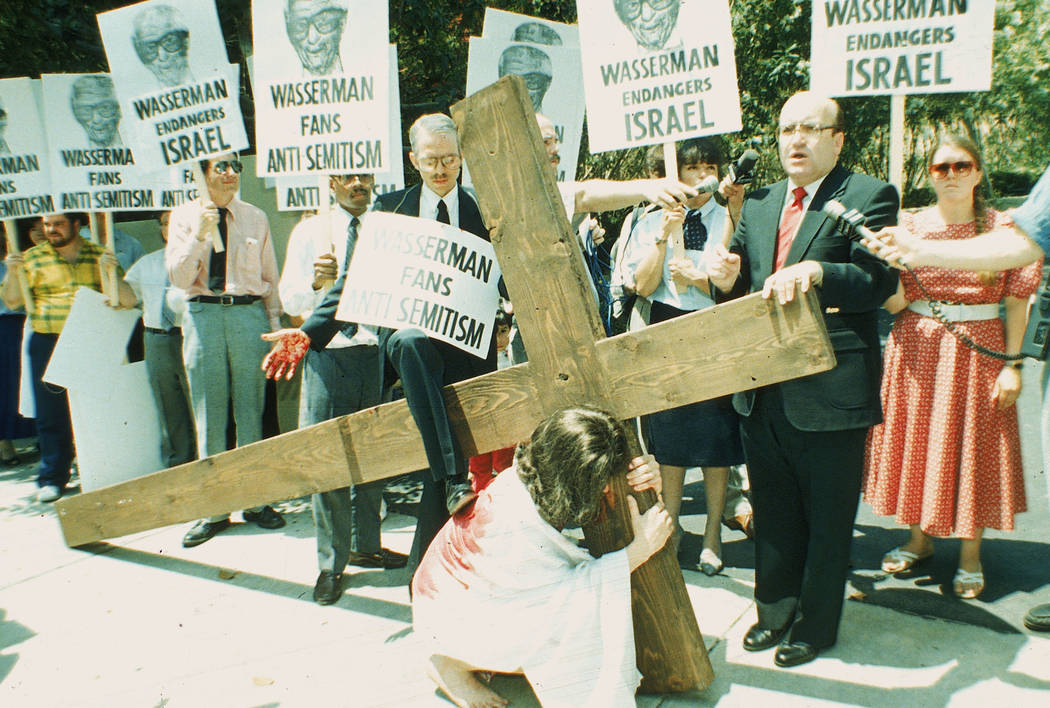 A movie about liberal elites kidnapping rural Americans and hunting them for sport?

Who among us could have predicted that certain segments of the population might have a quibble or two with such a thing?

Oh, that’s right: pretty much everybody.

“The Hunt,” a political satire co-written by Damon Lindelof (“Lost,” “Watchmen”), was pulled from its original September release date amid an outcry from conservatives. But what really delayed the film was its violent advertising that would have been seen in the immediate aftermath of mass shootings in California, Ohio and Texas.

The movie will be released Friday on the back of a marketing campaign that embraces the controversy. But, as Crocodile Dundee might have said, “That’s not a controversy. This is a controversy!”

Here’s a look at some movies — including ones from legendary Las Vegans Jerry Lewis and Howard Hughes — that were far more controversial than “The Hunt”:

Martin Scorsese’s adaptation of Nikos Kazantzakis’ scandalous novel was so incendiary — largely because of a scene in which Jesus (Willem Dafoe) is tempted by thoughts of a secular, loving life with Mary Magdalene (Barbara Hershey) — it became a cause celebre and the subject of a First Amendment battle. American cities including New Orleans and Oklahoma City banned the movie outright. A French theater showing it was set on fire. Blockbuster refused to carry it. And Evangelist Bill Bright offered Universal, the studio behind the film, $10 million to cover the estimated production costs if he could destroy all of the footage.

The Monty Python comedy about Brian of Nazareth, who was born a couple of mangers down from Jesus and is mistaken for a messiah, was banned in Norway upon its initial release, leading to the Swedish marketing tagline “So funny, it was banned in Norway.” The film also was banned in Ireland until 1987, and it wasn’t shown publicly in the English resort town of Torquay until 2008.

While “Song of the South” may be the most infamous Disney movie, as it’s the subject of the company’s self-imposed exile, this nature documentary has the distinction of being banned in New York because it contained footage of a buffalo giving birth.

Producer Howard Hughes became so enamored of the movie’s leading lady, newcomer Jane Russell, he designed a brassiere to better accentuate her breasts. Though it remained covered at all times, Russell’s anatomy and the way it was displayed — largely by Hughes, who took over directing duties on the Western — caused an international uproar before most anyone had seen it on-screen. Completed in early 1941, “The Outlaw” was engulfed in legal wrangling that delayed its first public screening until 1943. As a result of the scandal, it wasn’t released nationwide until 1946.

When it comes to censors, “The Outlaws” wasn’t Hughes’ first rodeo. For this gangster tale, loosely based on the life of Al Capone, the producer sought a more heightened depiction of action and violence. The resulting film required multiple edits, the addition of several scenes condemning the gangsters and a new subtitle — it’s officially known as “Scarface: The Shame of the Nation.” Even after those concessions, the finished product was still banned in several states.

This one has become the stuff of legend. Jerry Lewis wrote, directed and starred as a German circus clown who ended up in a concentration camp, where he led children into a gas chamber. For so very many reasons, the film was never released. Lewis donated what is believed to be the only copy, along with a vast collection of archives, to the Library of Congress in June 2014 with the provision that it not be available for viewing for 10 years. While you may never be able to see the movie itself, you can see Lewis’ clown costume: Zak Bagans bought it in 2018 for his Haunted Museum.