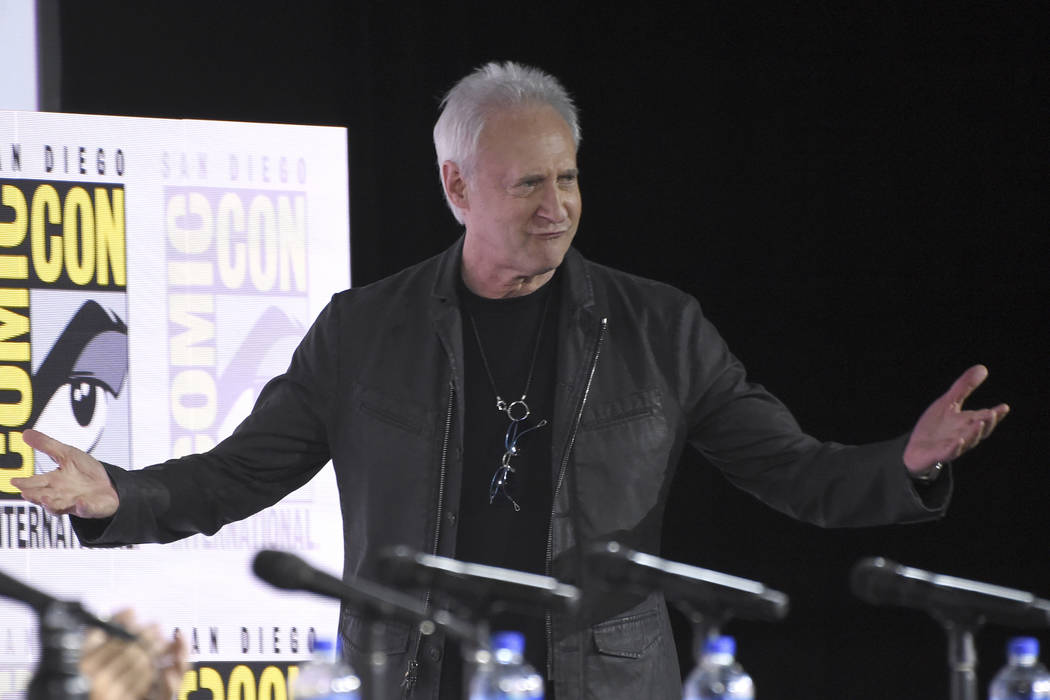 Brent Spiner walks on stage at the "Star Trek: Picard" portion of the Enter the "Star Trek" Universe panel on day three of Comic-Con International on Saturday, July 20, 2019, in San Diego. (Photo by Chris Pizzello/Invision/AP) 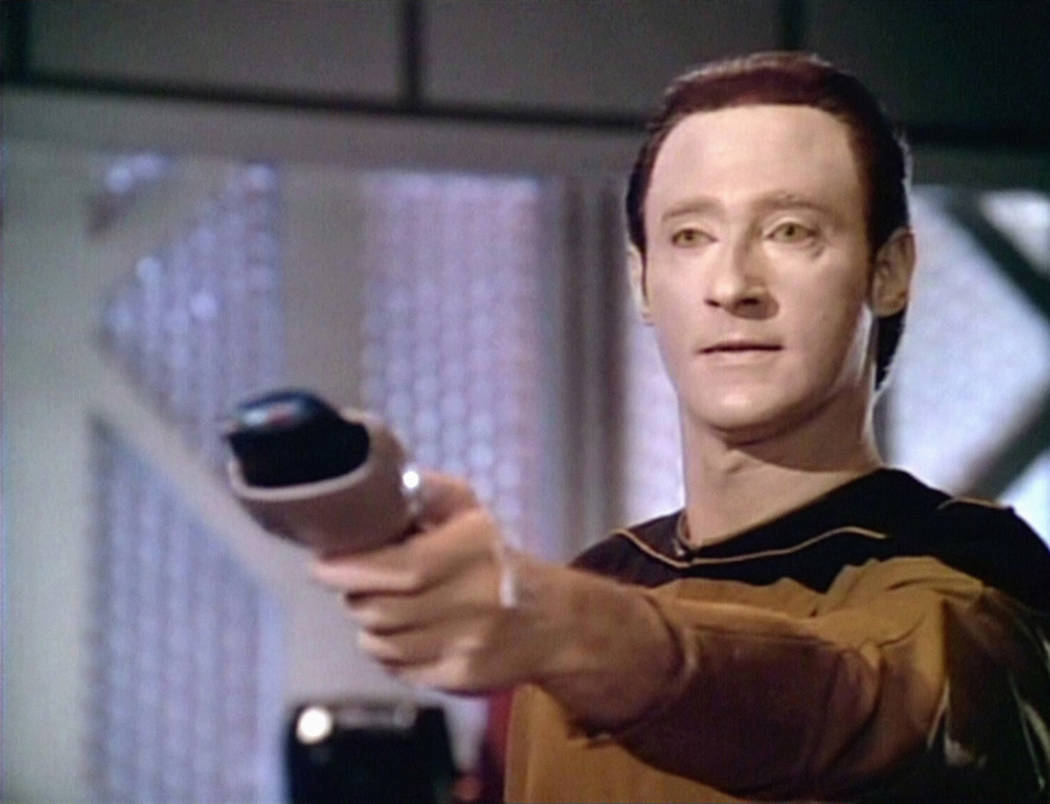 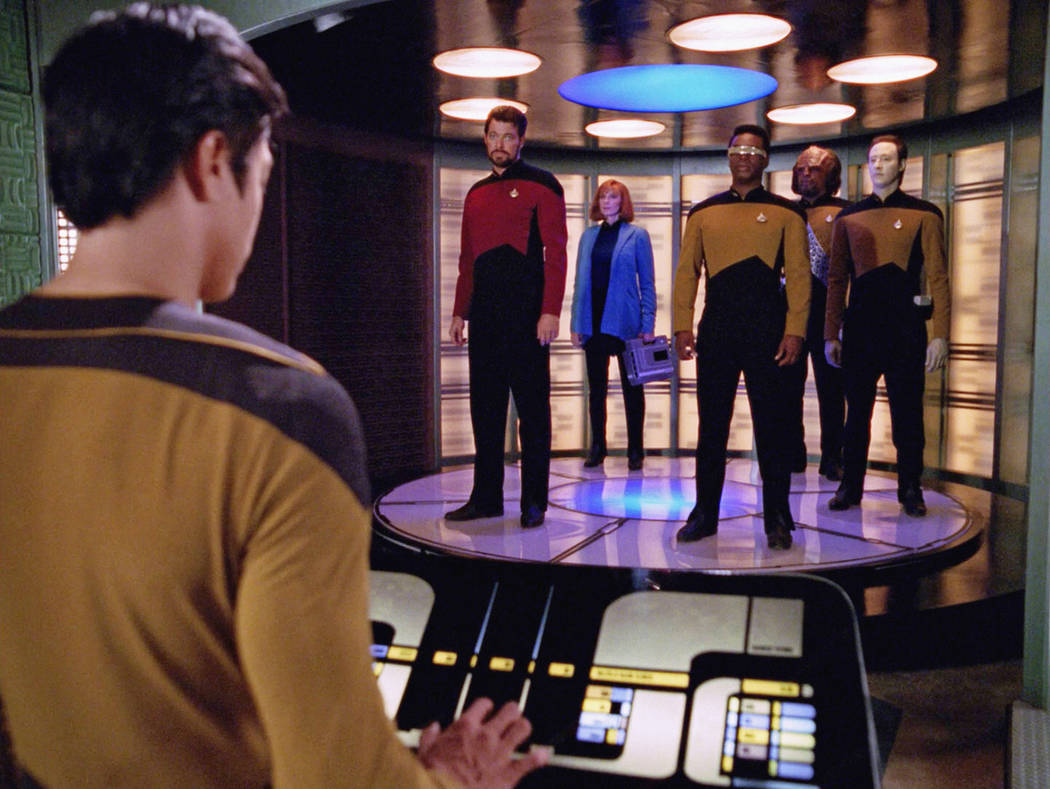 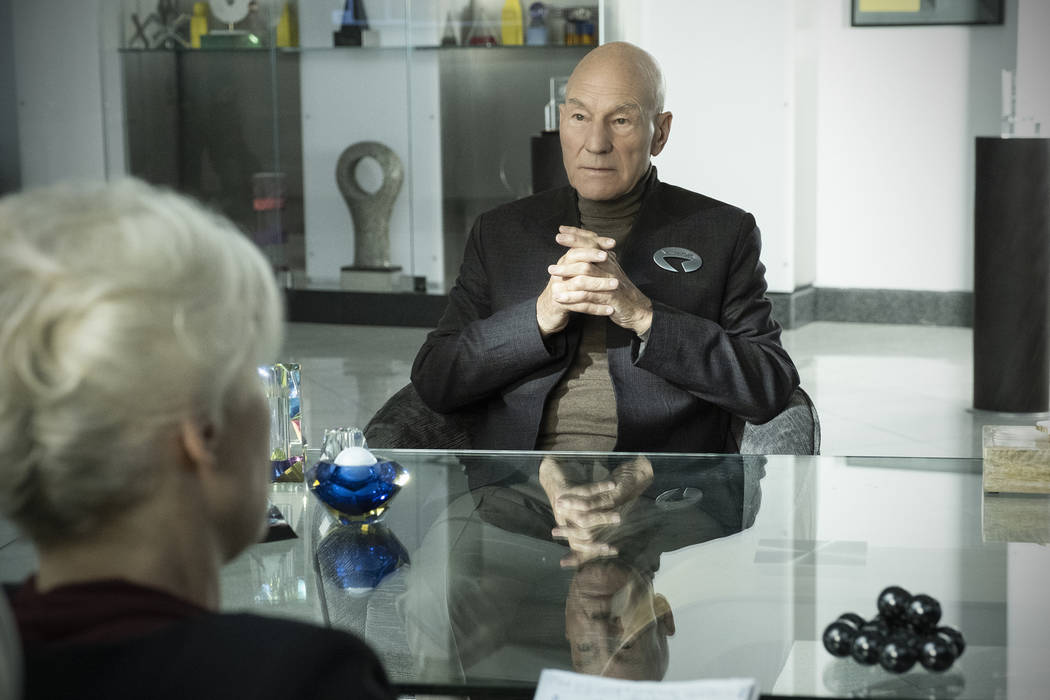 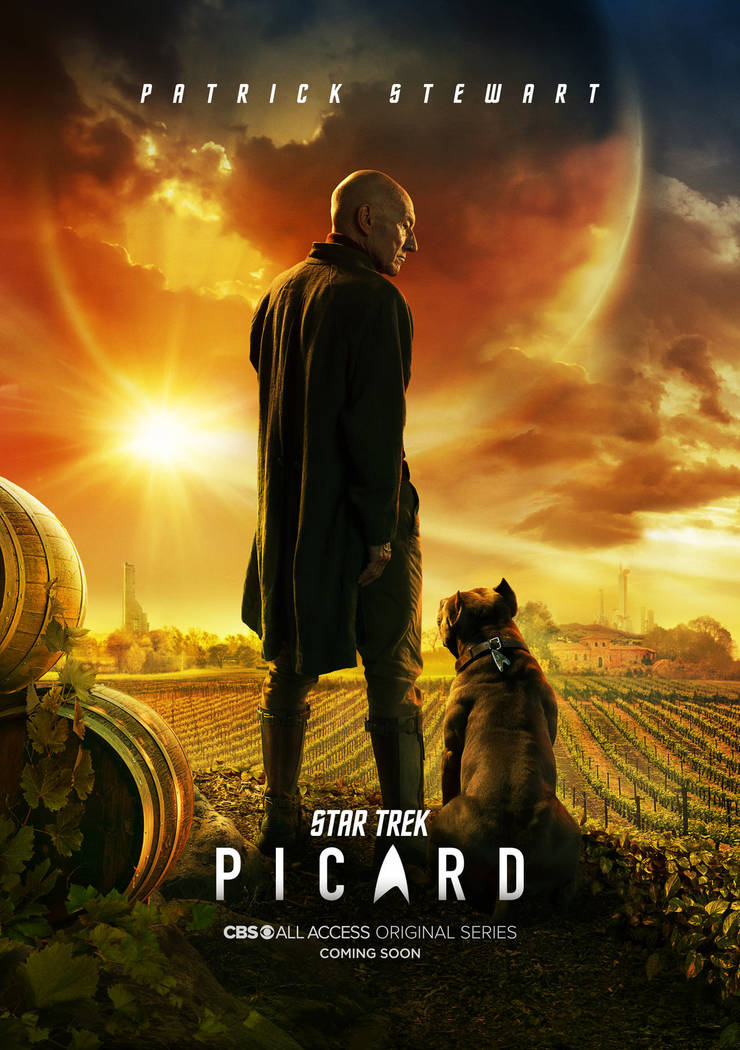 The actor, known for his portrayal of the android Data in “Star Trek: The Next Generation” and four subsequent films, may not have realized it at the time.

Heck, he wasn’t even here to enjoy it.

“Had to leave Vegas on Friday. Did anything interesting happen after I left?” Spiner tweeted in response to the surprise appearance his longtime friend and co-star Patrick Stewart made to announce the TV series that would become “Star Trek: Picard.”

Last week, Spiner got his own chance to shock the “Star Trek” fandom by popping up in the “Picard” trailer at Comic-Con and at the panel that followed to talk about his return to the franchise he left when Data was blown to bits at the end of 2002’s “Star Trek: Nemesis.”

He’s looking to surprise a few more fans on Aug. 3 with “In Search of Lost Time,” the not-quite-a concert scheduled in conjunction with the Official “Star Trek” Convention, returning Wednesday through Aug. 4 to the Rio.

However you want to classify it, “In Search of Lost Time” marks Spiner’s performing debut in Las Vegas. While he has a musical theater past, having appeared on Broadway in shows including “1776” and “Sunday in the Park with George,” Las Vegas may be the perfect venue for his brand of musical stylings.

“Well I hope so. I mean, certainly I think the ‘Star Trek’ convention in Vegas is the perfect place for it,” he jokes. “Listen, I would love to do this show in Vegas somewhere else (as well). It just seemed to make sense to do it here, particularly with a hopefully forgiving audience.”

Spiner was raised in Texas, surrounded by the music of the Great American Songbook, especially the songs of Frank Sinatra.

“When I was a kid, my stepfather had owned a record store. He came into the marriage to my mother with most of the records from that store. He sold the store, but he kept the records,” Spiner recalls. “So every night at dinner, we listened to Louis Prima and Keely Smith. We listened to Rosemary Clooney and to Frank. Nat King Cole, you name it. So by the time I grew up, I was well-versed in that music.”

The actor has a special relationship with Sinatra. In 1991, he released an album of standards called “Ol’ Yellow Eyes Is Back” — a nod to both the Chairman of the Board and the appearance of Data.

Ol’ Blue Eyes also will factor into the Aug. 3 show, he says. “Since Sinatra recorded every song ever written, yes, there are some Sinatra tunes in there.”

Few things, though, compare to the night in 1992 when Spiner and his co-stars Jonathan Frakes and Michael Dorn were staying at the Desert Inn for LeVar Burton’s bachelor party. When they found out Sinatra was playing there that weekend, the four of them rushed to the theater, only to learn the shows were sold out.

Loitering outside the showroom trying to figure out their next move, they were recognized by an employee who then disappeared back inside the theater.

“He comes back, and he says, ‘OK, you’re gonna come in tonight. You’re Mr. Sinatra’s guests. Come backstage afterwards, he’d love to meet you,’ ” Spiner recalls. “We were, of course, cuh-razy! The show was fantastic. And after the show, we went backstage, but he’d already gone. I think he probably forgot that he said he wanted to see us — if, indeed, he ever said that. But we did hang with Frank Jr. for a little while.”

Frakes, who portrayed “The Next Generation’s” Commander William T. Riker, will join Spiner in returning to the “Star Trek” fold with “Picard.” The series is set to debut next year on the CBS All Access streaming service.

Spiner says he’s read all the scripts for the first season, and he describes them as “excellent.” There’s just not much he’s allowed to discuss without winding up in “Star Trek” prison.

“Data makes appearances in the show, I can say that. And Data is a story point in this season as well. But I’m not in every episode. I’m not a major character on the show.”

And, based on those scripts, he says, “I think people will be really, really excited about it, because it’s a great story.”

Given Spiner’s connections to Area 51 — his Dr. Brakish Okun was in charge of research there in both “Independence Day” and “Independence Day: Resurgence,” its 20-years-later sequel — you can’t let the actor off the phone without asking if he has advice for anyone looking to follow the Facebook phenomenon and storm the secretive military installation to “see them aliens.”

“Well, let me just say, I know this is going to be a huge disappointment to everyone, but if they do this, and they actually get there, I will not be there,” Spiner says, dryly.