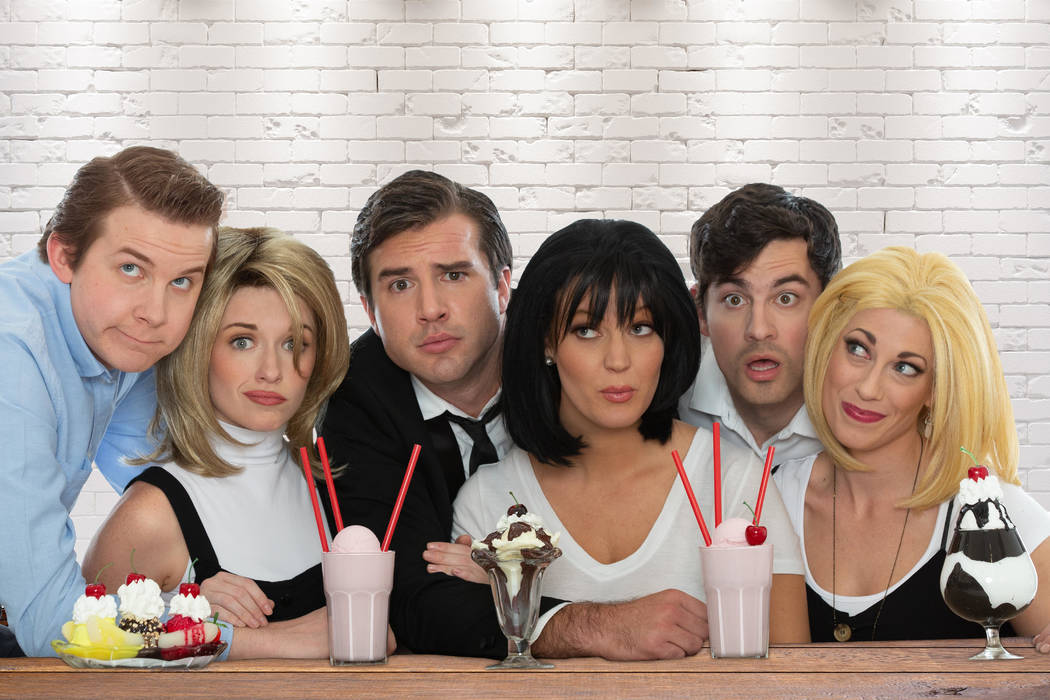 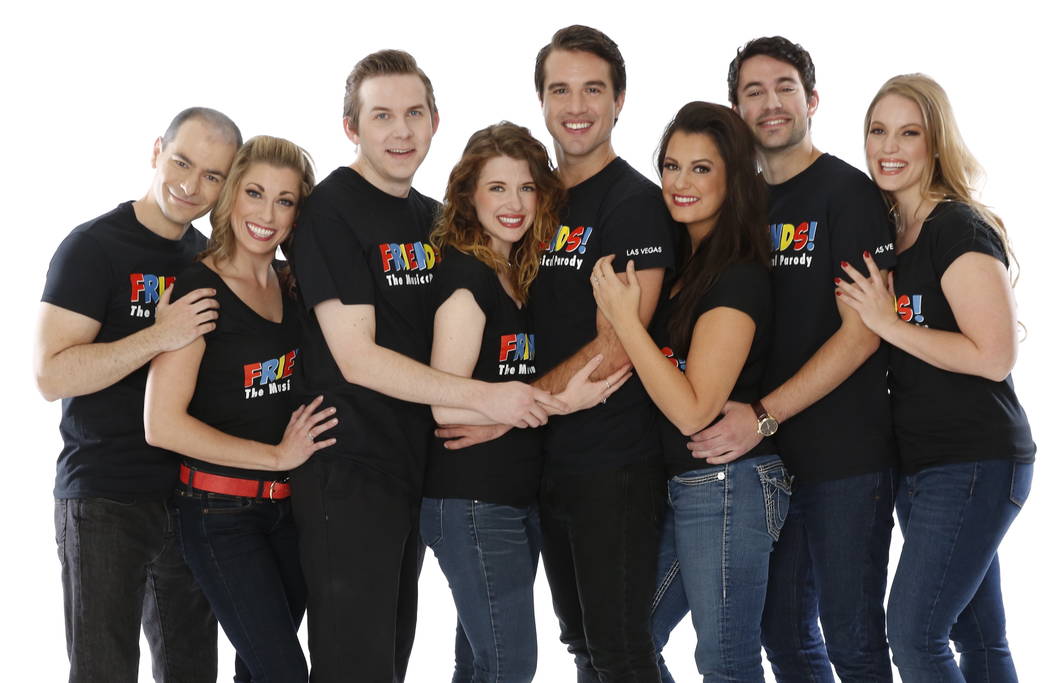 What began as an attempt to pen the unofficial 11th season of “Friends” morphed into the theatrical equivalent of Rachel’s Thanksgiving trifle. Pretty much everything was thrown into the mix — “Custard, good! Jam, good! Meat, good!” — whether it went together or not.

“We basically took all of the classic, iconic storylines of the 10 seasons and then squashed them into an hour-and-a-half show,” says Paul Stancato, who directed “Friends! The Musical Parody” off-Broadway and is helming the local production that opens Friday at the D Las Vegas.

“For me, it was really about being able to put together a show that the most die-hard ‘Friends’ fans could appreciate,” he says. “And the person that never saw the show before, they can still come in and get a story and learn about these characters and fall in love with them.”

As the name implies, the show leans into its music, something “Friends” never cared that much about aside from the hand-clappy theme song, the occasional Phoebe tune — “Smelly Cat,” “Sticky Shoes,” etc. — and that time Chandler, Ross and Monica went to a Hootie concert and the latter made out with a Blowfish.

Written by Bob and Tobly McSmith, who’ve created musical parodies of 1990s pop-culture touchstones including “Showgirls,” “Saved by the Bell, “Full House” and “Beverly Hills, 90210,” the show features songs such as “The Ballad of Fat Monica,” “We Were on a Break!” and “Oh. My. God. It’s Janice!”

Something obviously clicked with audiences who saw “Friends! The Musical Parody” during its run at St. Luke’s Theatre in Manhattan. Originally scheduled to last just two months at the end of 2017, the loving spoof was extended twice before closing July 22 after 230 performances.

“I was always very familiar with the show, and I was very excited to hear that it was coming to the D, my home casino,” says Jerod Perez, who portrays Chandler. And by home casino, he doesn’t mean a casino in his hometown. Perez already appears in “Marriage Can Be Murder” in the D showroom. “I come in, I do one, I get out of Sal the Maitre D’ and I get straight into Chandler, and we go on right after ‘Marriage Can Be Murder,’ ” he says. “It’s gonna be fun. I’m living the actor’s life.”

“The very first thing I did, even before I got cast, I started watching the show from the very beginning and trying to mirror her vocal pattern, trying to mirror her physicality,” she says of the often ditzy character. “She does a lot with her hands. She has a lot of nose crinkles and little hair tosses and that kind of thing. And then I had to learn to play guitar.”

In bringing Phoebe to the stage, Weems keyed in on one particular expression. “My favorite thing she does is her ‘Ohs.’ She gets, like, super excited. ‘Oh! Oh! Oh!’ ”

Those jokes range from the universal to the carefully crafted deep cuts and Easter eggs geared toward the “Friends” fanatics who can tell you that Chandler’s father’s all-male Las Vegas burlesque show was named “Viva Las Gaygas”; that Joey once had an imaginary friend, a space cowboy named Maurice; or that, despite Rachel’s insistence, Chandler never, ever worked as a transponster.

“I can’t tell you how many times people just shout the lines out before the actors can even say them,” Stancato says.

In the Season 2 episode “The One Where Ross Finds Out,” the once lovestruck Ross listens to an answering machine message, left by Rachel after she drank too much wine, in which she informs him that she’s over him.