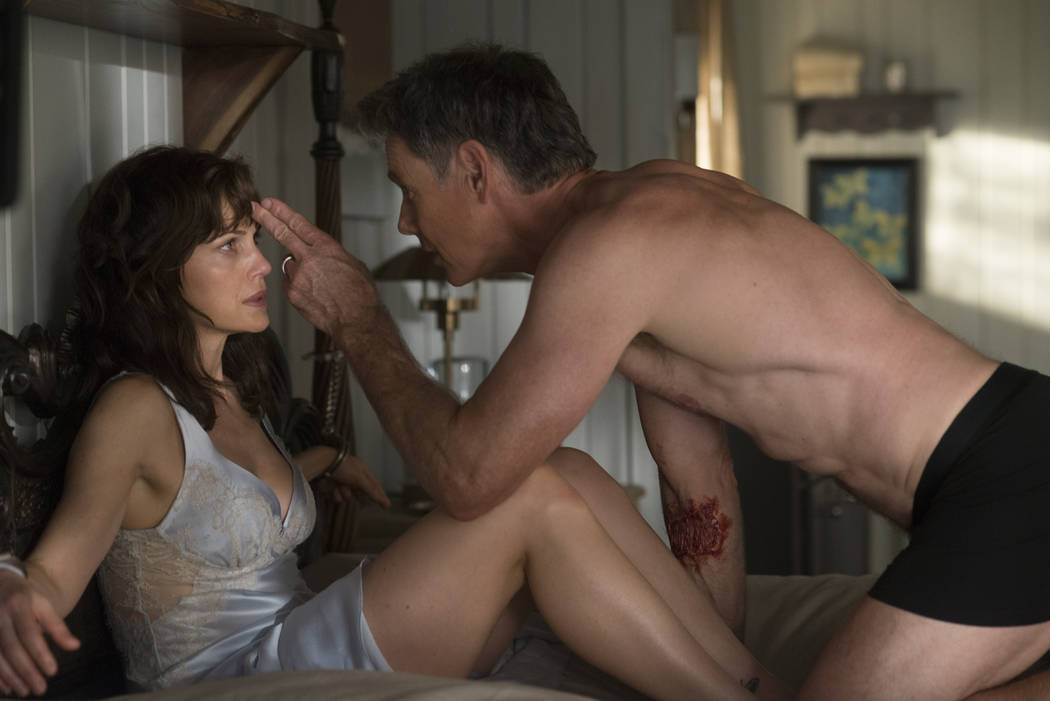 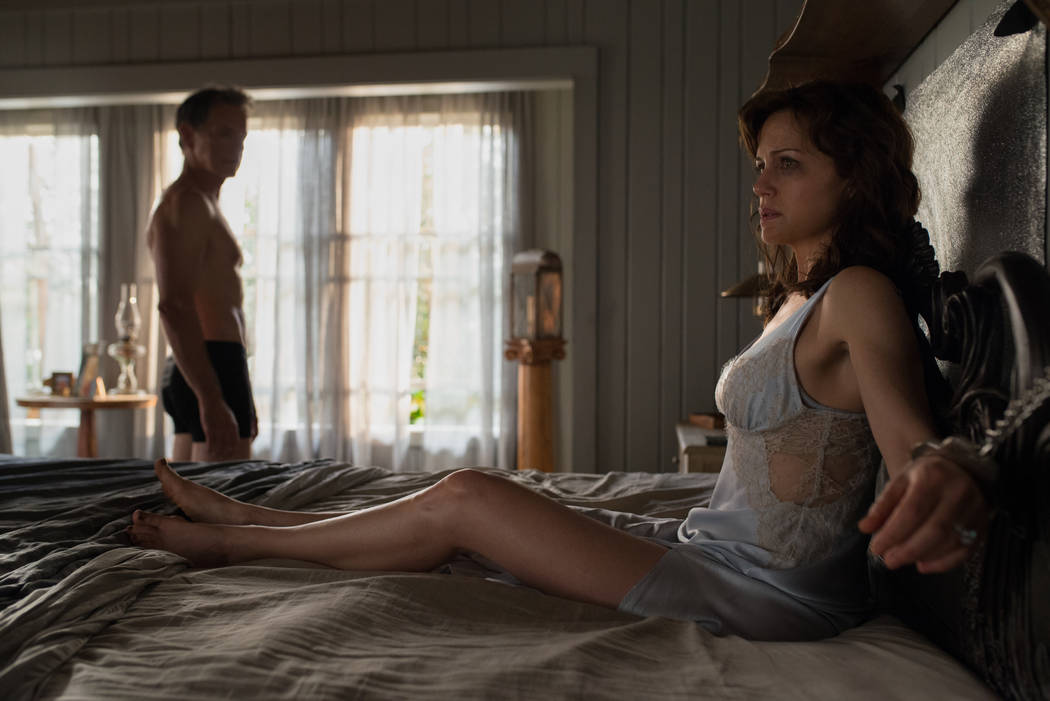 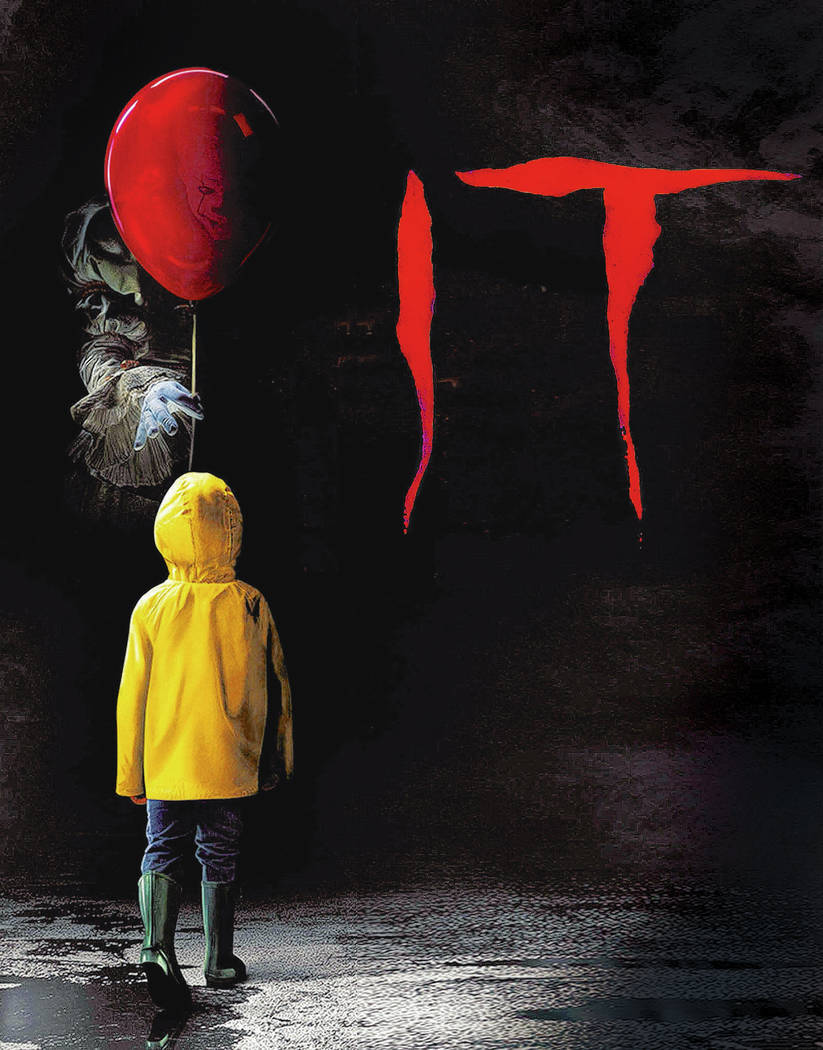 Apparently all it takes is writing an 1,100-page novel, sitting back and waiting 31 years for it to be adapted into the highest-grossing horror movie of all time for the world to become your oyster.

Of course, since this is Stephen King we’re talking about, that oyster would no doubt haunt your dreams before torturing you and/or your loved ones.

So far this year, King’s stories had been turned into the Spike TV series “The Mist” and DirecTV’s “Mr. Mercedes,” as well as the feature film “The Dark Tower,” which not even the star power of Matthew McConaughey and Idris Elba could save.

Then “IT” opened three weeks ago to a stunning $123 million, and suddenly every new Stephen King project feels like an event.

Netflix has dibs on the first two. “1922,” which stars Thomas Jane as a farmer who admits to killing his wife (Molly Parker, “House of Cards”) to keep her from selling his land and moving to the city, launches Oct. 20. First up, though, is “Gerald’s Game,” which debuted Friday and could do for bondage what “Jaws” did for swimming in the ocean.

Based on King’s 1992 novel, “Gerald’s Game” follows the Burlingames, Gerald (Bruce Greenwood) and Jessie (Carla Gugino), who head to a remote vacation home to try to rekindle the sparks in their 11-year relationship.

For Jessie, that means a nightgown so new it still has the price tag on it. For Gerald, it’s a pair of handcuffs not even Houdini could escape. “I’ve gotta say, I was expecting, you know, more novelty things, like velvet or silk or something,” she tells him, nervously. “Oh, no. These are the real deal,” Gerald responds. “The others can just break if you get going too hard.”

If that’s not the first sign of trouble, that moment certainly comes when Gerald refuses her pleas to uncuff each hand from its reinforced bedpost. Since the nearest house is a half-mile away, he even makes her scream for help just to spice things up.

Then he has a heart attack and dies right on top of her.

At this point, she’s basically James Caan in “Misery,” except her feet still work and Kathy Bates is never coming for her.

The key to those handcuffs is in the bathroom. Gerald’s phone is maddeningly just out of toe’s reach. The front door and most of the windows are open, so the stray dog that Jessie lovingly fed $200 worth of Kobe beef wanders in to, every so often, chew on a piece of what’s left of Gerald. And, after hours of hallucinations and dehydration, something that may or may not be death itself — and may or may not even be real — begins lurking in the corner.

Directed and co-written by Mike Flanagan (“Oculus,” “Ouija: Origin of Evil”), along with his frequent collaborator Jeff Howard, “Gerald’s Game” is a study of repressed memories, childhood traumas, and just how far a person will go to survive.

Without spoiling anything, there’s a scene that very nearly made me lose my dinner all over my laptop.

Now that Hollywood is back to gobbling up his stories in a way it hasn’t since the ’90s, back when you could barely go a sweeps month without a new King miniseries on ABC, the author’s fans truly have something to shout about.

And scream, cower and get sick on their laptops about.