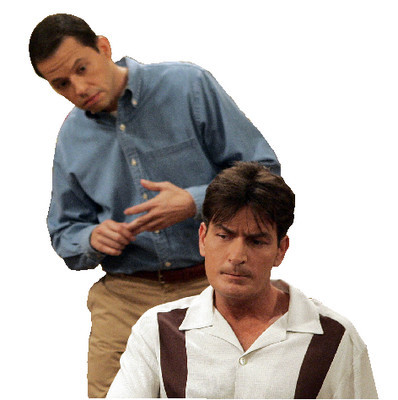 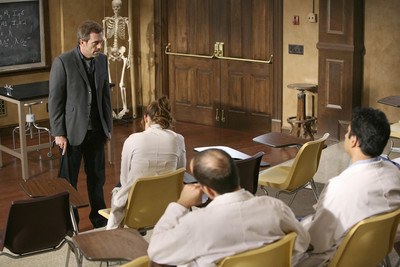 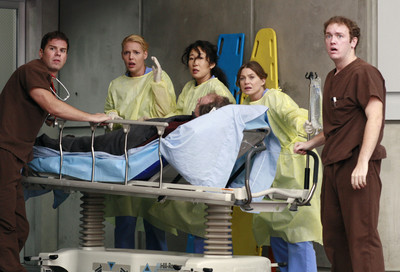 With the strike settled and writers in their third week back on the job, new episodes of your favorite shows should be arriving any day now, right?

Right. As long as that day is March 17 or after.

That’s when CBS will bring back its Monday comedy lineup with the first of nine new episodes of "How I Met Your Mother," "The Big Bang Theory" and "Two and a Half Men." (The CW’s "Everybody Hates Chris" and "Aliens in America" returned Sunday with the first of 12 and eight new episodes, respectively, but those were all completed before the strike.)

So what’s taking so long? The problem is, those episodes don’t just have to be written. Guest actors have to be cast, costumes and props have to be made, music has to be composed or compiled, sets have to be built, in some cases locations have to be scouted, and after each episode is filmed — which takes roughly a week — it has to be edited. The whole process usually takes between 30 and 40 days.

Some of the networks, though, especially the ones holding back new episodes until mid- to late April, sure look like they’re just trying to save a few bucks. Granted, "House" is at least twice as good as "CSI: Miami." But there’s no way it takes twice as long to assemble.

Just be thankful most series are even coming back this season. From freshman stand-outs such as "Dirty Sexy Money" to established hits such as "Heroes," a handful of shows won’t be back until the fall. Or, in "24’s" case, January.

For the new series, it’s a case of the networks’ opting to relaunch them later with great fanfare rather than risking their getting lost in the crush of new episodes. For the serialized shows, it’s mostly a matter of not having enough time for a story arc to play out.

With all that in mind, here’s a look at what shows are coming back and when you can look for them:

"Lost," April 24, five episodes (in addition to what’s left in this eight-episode cycle)

"Private Practice," returns in the fall

"Pushing Daisies," returns in the fall

"How I Met Your Mother," March 17, nine episodes

"Without a Trace," April 3, six episodes

(The network wouldn’t comment on the number of new episodes, but it’s a safe bet there will be enough to run straight through until mid- to late May.)

"Chuck," returns in the fall

"Heroes," returns in the fall

"Life," returns in the fall

Christopher Lawrence’s Life on the Couch column appears on Mondays. E-mail him at clawrence@reviewjournal.com.