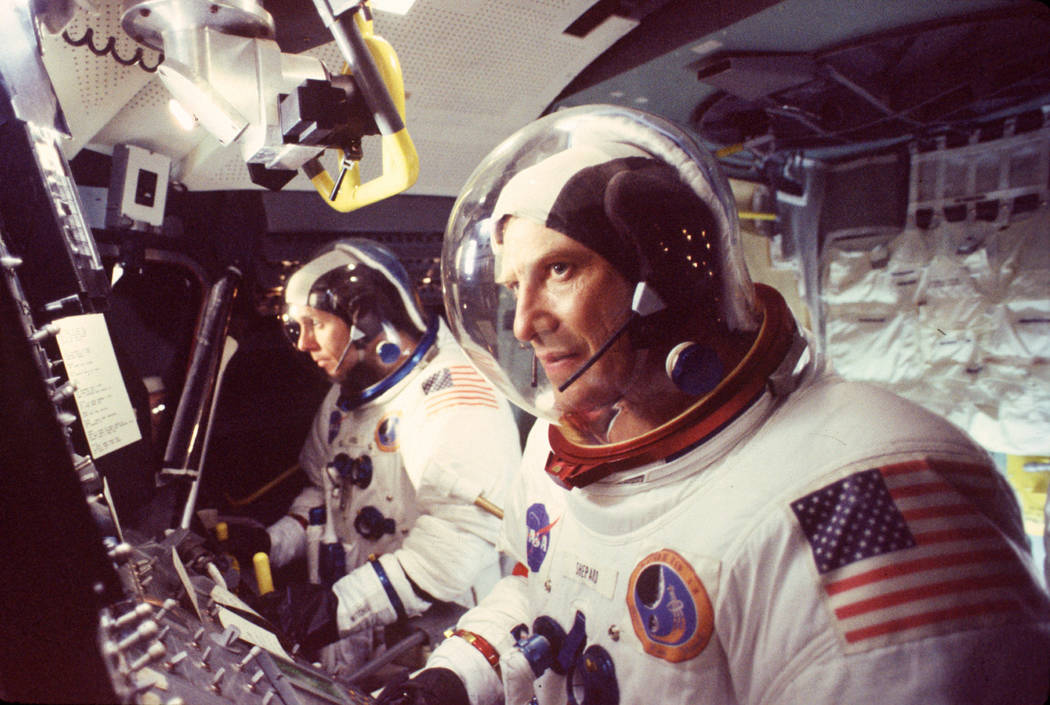 Ted Levine as Alan Shepard in "From the Earth to the Moon." (Anthony Neste/HBO) 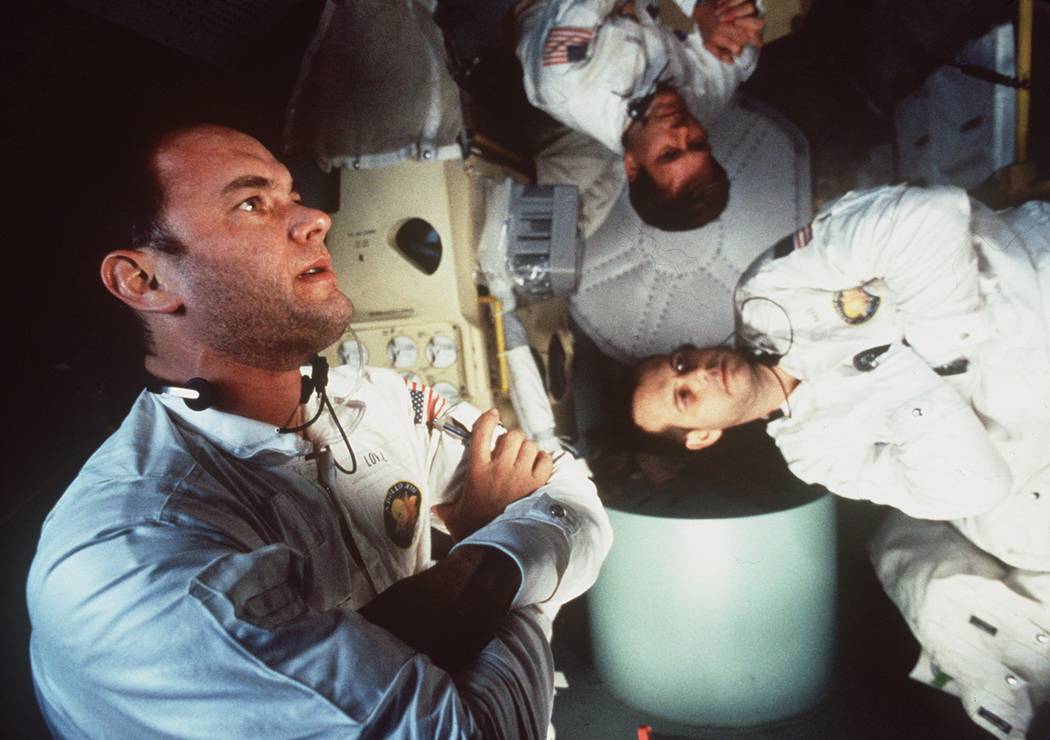 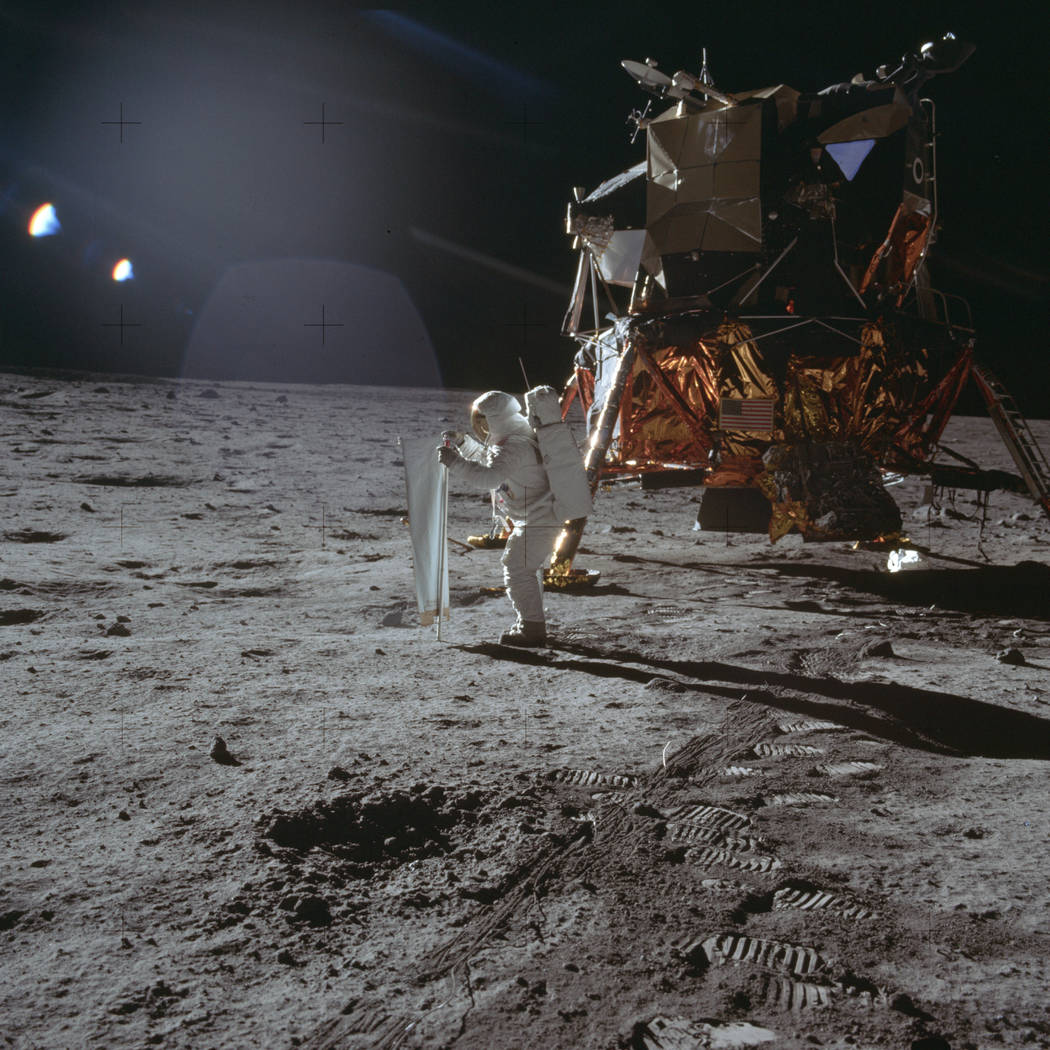 Apollo 11 astronaut Buzz Aldrin works on a solar wind experiment device on the surface of the moon. (Neil Armstrong/NASA via AP) 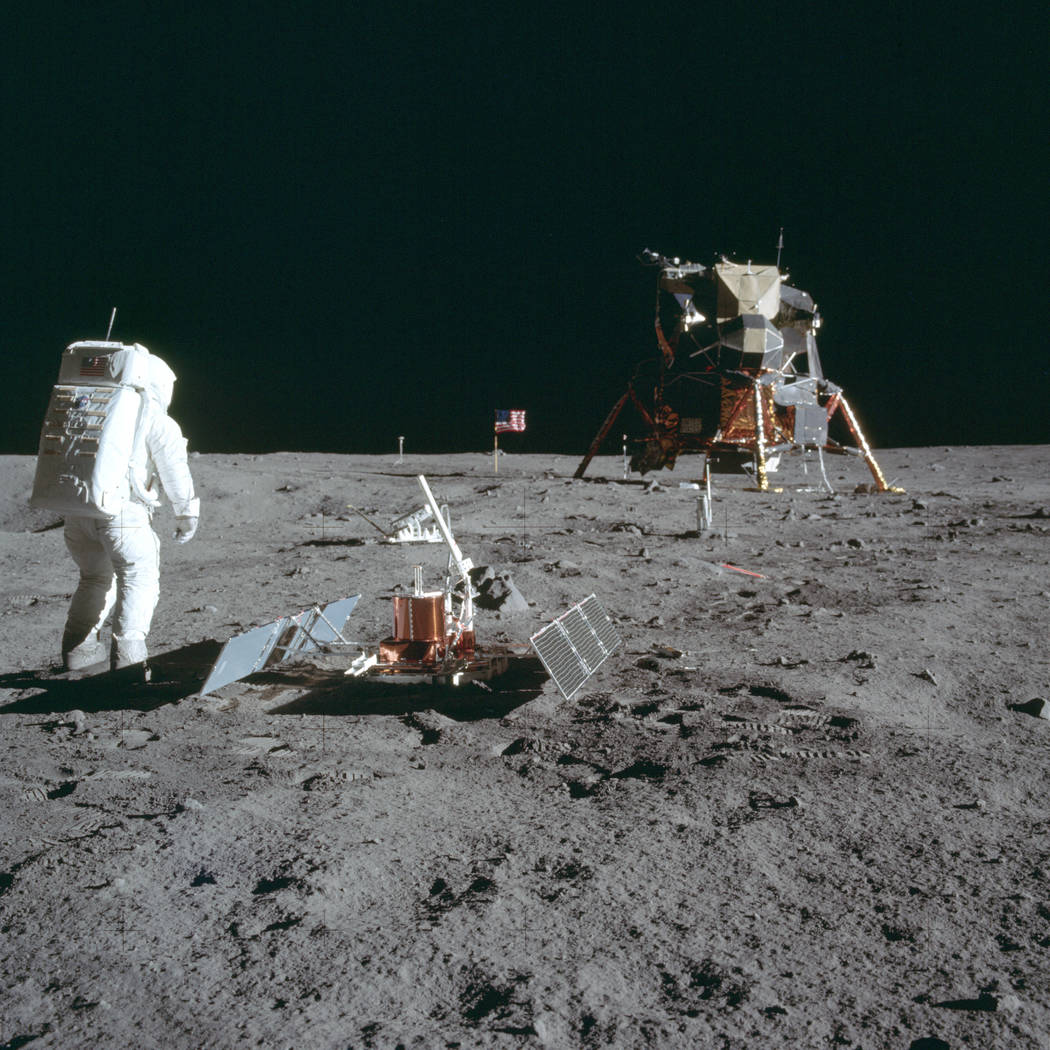 Astronaut Buzz Aldrin Jr. stands next to the Passive Seismic Experiment device on the surface of the the moon during the Apollo 11 mission. (Neil Armstrong/NASA via AP) 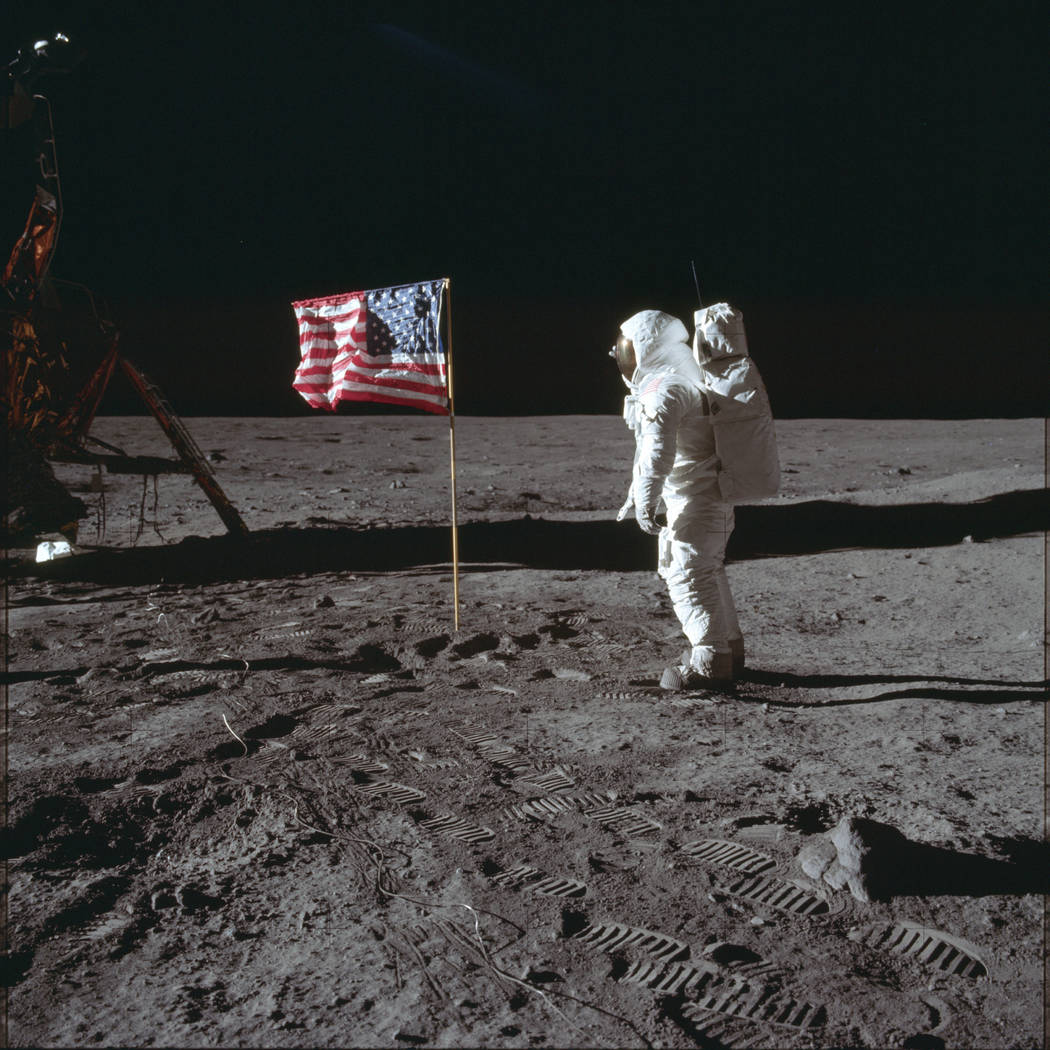 Astronaut Buzz Aldrin Jr. poses for a photograph beside the U.S. flag on the moon during the Apollo 11 mission. Aldrin and fellow astronaut Neil Armstrong were the first men to walk on the lunar surface with temperatures ranging from 243 degrees above to 279 degrees below zero. Astronaut Michael Collins flew the command module. (Neil Armstrong/NASA via AP)

You’re going to be seeing quite a bit of Neil Armstrong over the coming days.

Possibly more than his family saw of him — especially during the summer of 1969 — according to last fall’s biopic, “First Man.”

Between Tuesday’s 50th anniversary of the Apollo 11 launch that sent Armstrong, Buzz Aldrin and Michael Collins hurtling toward the moon and Saturday’s anniversary of Armstrong and Aldrin touching down on the lunar surface while Collins remained in orbit, your TV will be flooded with celebrations and retrospectives.

Here’s a look back at some movies, and one epic miniseries, that will help you prepare for the occasions — along with a few that won’t.

Tom Hanks oversaw this landmark HBO event’s 12 episodes that chronicled the space program from its founding through the Mercury and Gemini programs up to the final lunar mission, Apollo 17. Tony Goldwyn portrays Armstrong, with Bryan Cranston as Aldrin and Cary Elwes as Collins. On Monday, the pay channel will unveil digitally remastered episodes, with new computer-generated effects based on NASA reference models, on HBO GO, HBO NOW and HBO On Demand.

Ryan Gosling embodies Armstrong from his days as a test pilot in 1961 through his return to Earth in 1969 in this revelatory film from the Oscar-winning duo of director Damian Chazelle (“La La Land”) and writer Josh Singer (“Spotlight”).

Helpful for their backstories

The acclaimed film, based on the book by Tom Wolfe, follows the Mercury Seven — including Ed Harris as John Glenn, Scott Glenn as Alan Shepard and Dennis Quaid as Gordo Cooper — as well as Sam Shepard’s Chuck Yeager, who was left out of the program because he lacked a college degree.

Kind of related and worth a (re)watch

There may never have been a “From the Earth to the Moon” had Hanks not received nearly universal acclaim — and launched the phrase “Houston, we have a problem” into the lexicon — in this story of the aborted lunar mission.

This trippy sci-fi tale about a worker nearing the end of a three-year solo mission on the moon served as Sam Rockwell’s calling card — right up until he won an Oscar for “Three Billboards Outside Ebbing, Missouri.”

Jim Carrey won a Golden Globe for his performance as comedy icon Andy Kaufman in this biopic.

Not helpful but kind of amazing

Not helpful at all

The final Apollo mission wasn’t really scrapped — that’s just the story NASA told after its crew members were killed by the critters they found on the moon, according to this found-footage horror movie.

Rather than accept defeat at the end of World War II, a group of Nazis escapes to the moon, where they construct a defensive base and bide their time for seven decades until The Moon Fuhrer is ready to attack Earth.

So bad they were featured on “Mystery Science Theater 3000”

A dozen experts from around the world — and two cats — race to the moon under the direction of the “International Space Order” so they can claim it as neutral territory. Once there, they encounter deadly “pumice dust” and a race of mind-reading underground moon people.

In a futuristic 1970, a three-person crew is sent into space — wearing matching short pants and belt ensembles, no less — to scout for a lunar base. When one of them is killed, the biggest problem facing the military commander in charge of the operation is getting the two survivors — Colonel Briteis (Donna Martell) and Major Moore (Ross Ford) — hitched in order to avoid the scandal of two attractive single people being marooned on the moon.