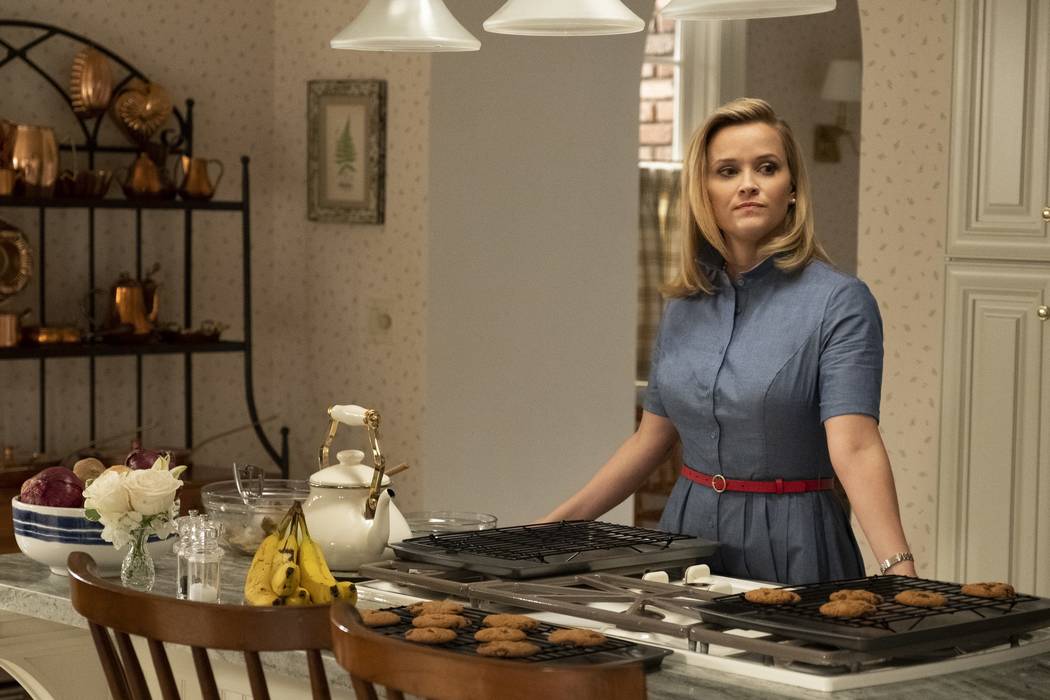 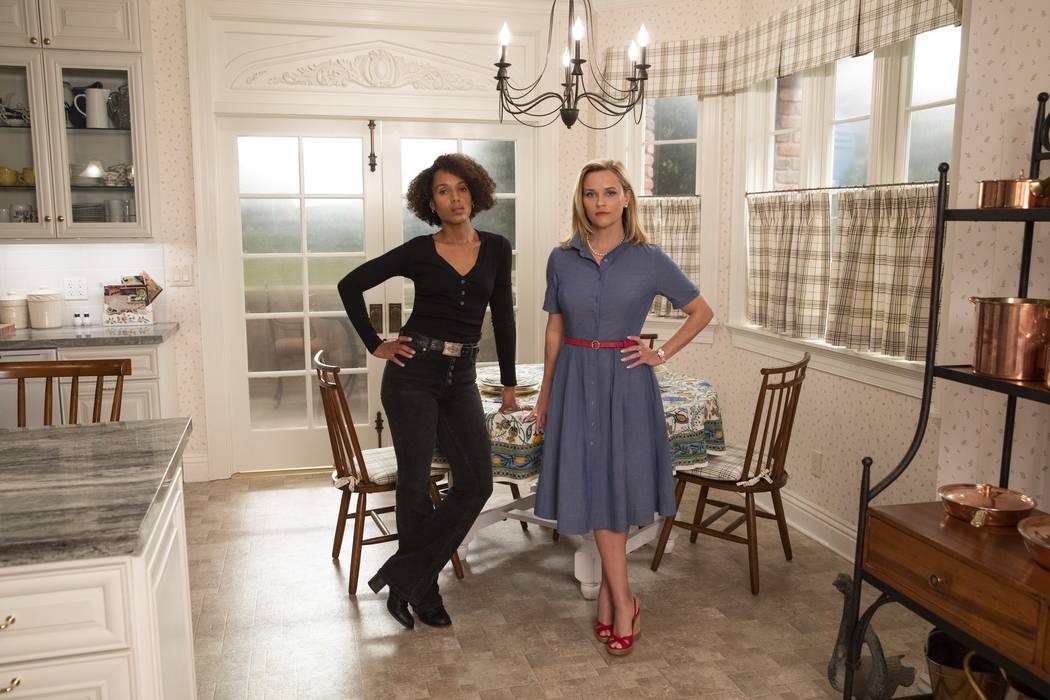 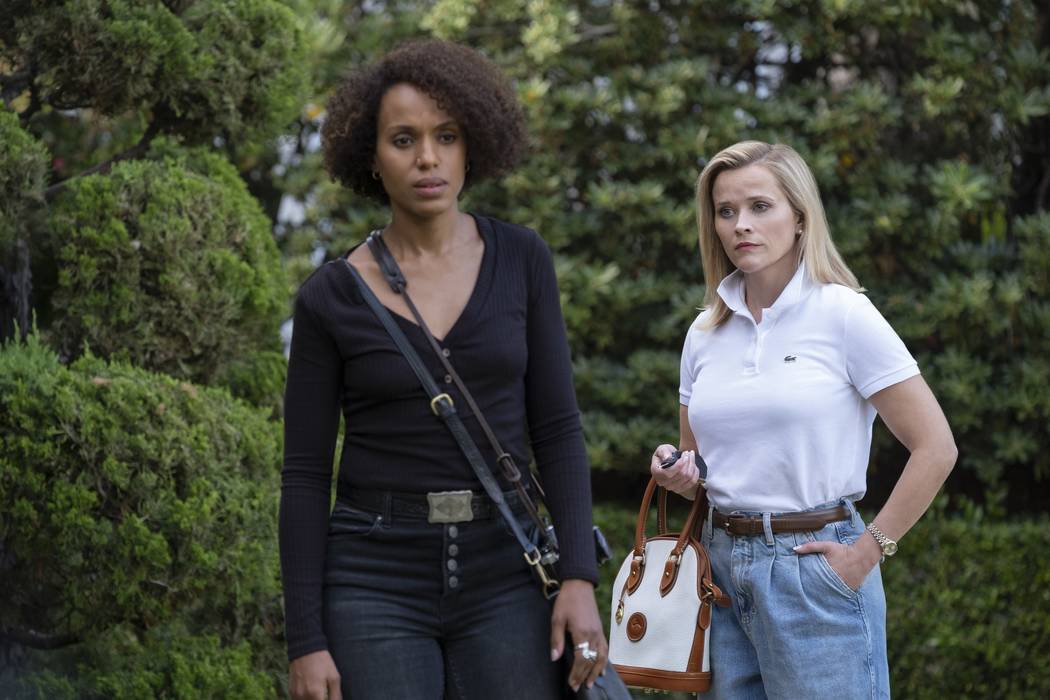 The actress is front and center in the buzzy new limited series “Little Fires Everywhere” (Wednesday, Hulu). More impressively, that’s just one in a long line of projects Witherspoon is producing for pretty much every streaming service imaginable.

So far, she has shows set up or already available on Hulu, Netflix, Amazon, Apple TV Plus and Quibi. At this rate, she’s probably no more than a year or two away from partnering in a high-end, Cameo-style app that will schedule her to come to your home and tell stories directly to you and your loved ones.

Witherspoon struck TV gold in 2014 when she and Nicole Kidman acquired the rights to Liane Moriarty’s best-selling novel “Big Little Lies.” The two would ultimately star in the HBO adaptation that breathed new life into the prestige limited series format.

It’s the same formula behind “Little Fires Everywhere,” based on the Celeste Ng novel, which Witherspoon found and developed with her co-star and fellow producer Kerry Washington.

In between, the Oscar winner teamed with Jennifer Aniston to set up the drama “The Morning Show” at Apple TV Plus, which also is home to “Truth Be Told,” the podcast drama she executive produces alongside its star, Octavia Spencer.

As she spreads the wealth around, Witherspoon is producing a limited series based on the Tembi Locke memoir “From Scratch” with Zoe Saldana at Netflix, the 1970s rock drama “Daisy Jones &The Six” at Amazon and even “Fierce Queens,” a nature documentary focusing on female animals she narrates for Quibi, the short-form streaming service set to launch April 6.

As for “Little Fires Everywhere,” Elena Richardson, the mother caught up in low-simmering suburban hostilities, is right in Witherspoon’s wheelhouse.

Much like Madeline Martha Mackenzie, her “Big Little Lies” character, Elena is driven, demands the most out of her children and doesn’t have much need for her spouse. When her husband, Bill (Joshua Jackson), starts kissing her, Elena demurs: “It’s not Wednesday or Saturday.” Sex, she insists, is “so much more fun when we plan it.”

Her idyllic life is disrupted when she spots a decidedly not upscale car in pristine Shaker Heights, Ohio. Even more alarming, to her anyway, there appears to be a black woman living inside it.

“I never normally do something like this,” Elena tells the police during her call to report this intrusion, “but I would hate to not say something and then have something bad happen.”

Elena isn’t so much a racist as someone who’s severely, painfully uncomfortable with race. In fact, it isn’t long before she’s renting part of a duplex she owns to said interloper, vagabond artist Mia Warren (Kerry Washington), and her 15-year-old daughter, Pearl (Lexi Underwood).

Shaker Heights is just the latest stop on the Warrens’ travel odyssey. They move around so often, Pearl never even bothers to buy paint for her room. She just asks for samples and covers one wall for a splash of color.

The official story is that Mia moves on whenever she’s done capturing a town via her art, but there’s clearly something more going on. She’s haunted by nightmares that are most definitely the result of some serious secrets.

Whether those secrets have anything to do with the Richardsons’ mansion burning to the ground, as seen in the flash-forward that opens the series, or if that blaze is the fault of poor, strange, rebellious Izzy (Megan Stott), Elena’s 14-year-old who sets her hair on fire in a bid for attention — well, it’s still too early to tell.

Like most Hulu originals, this one’s debuting with three episodes, with the remaining five being doled out weekly.

If “Little Fires Everywhere” doesn’t prove worth the wait by sparking the sort of zeitgeist-y fascination that propelled “Big Little Lies” to obsession status, don’t worry.

Witherspoon will have another series ready to go any day now.