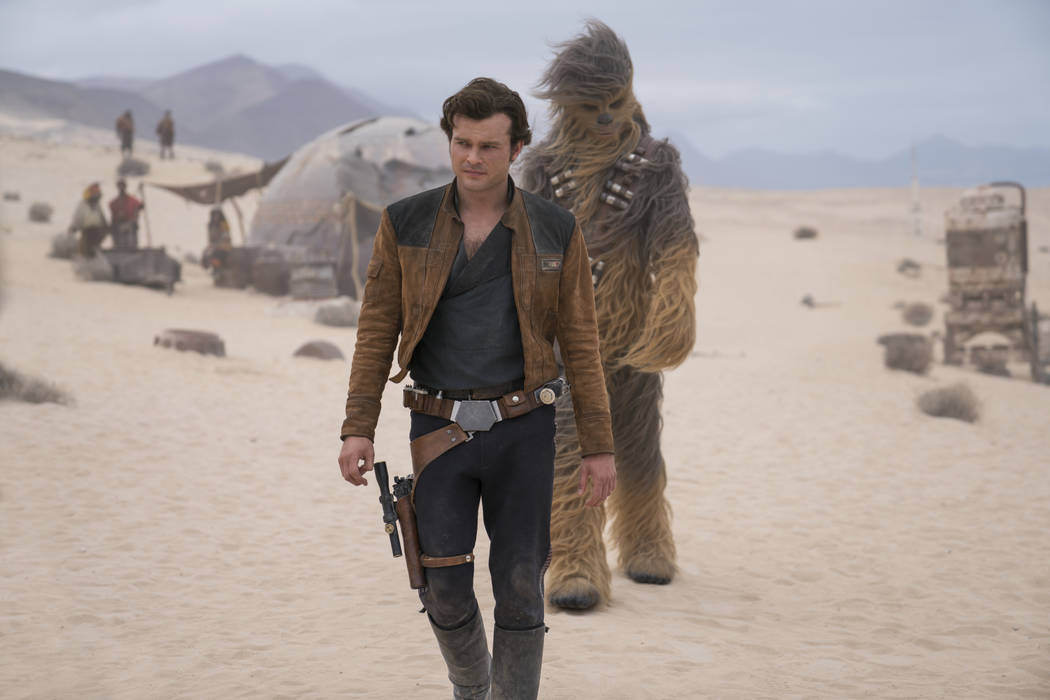 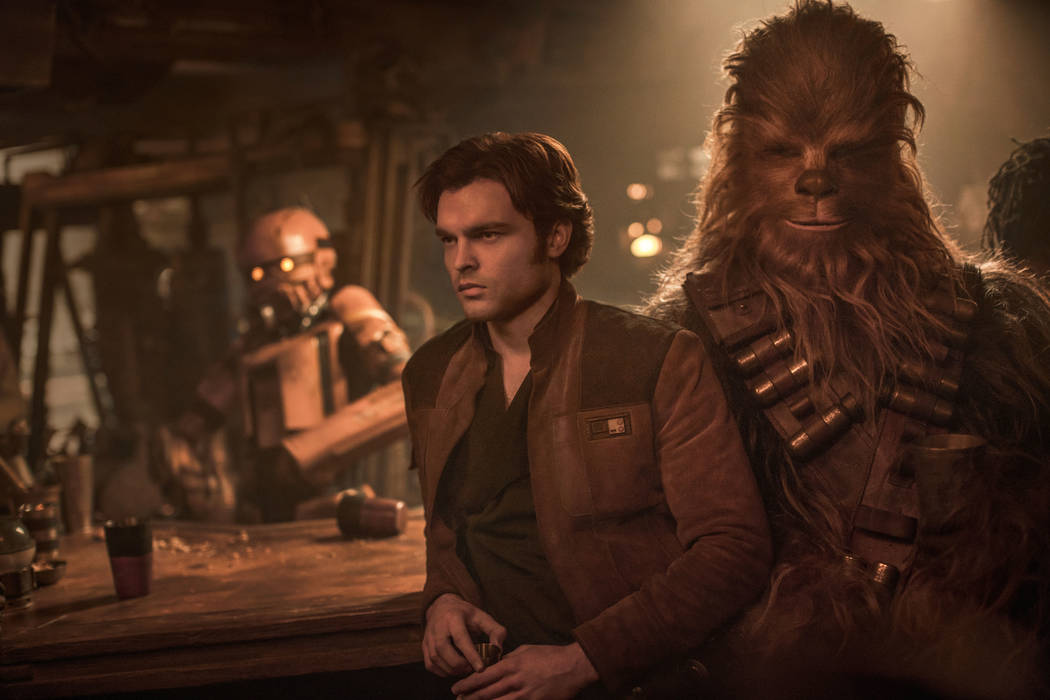 The 8-year-old me would take his inflatable lightsaber and throttle the current me for even suggesting this, but maybe — just maybe — there’s such a thing as too much “Star Wars.”

When “The Force Awakens” arrived in December 2015, it had been 10 years since the previous installment and 32 years since the last one most people cared about. The result was exhilarating, if somewhat familiar.

The next two Decembers yielded “Rogue One: A Star Wars Story” and “The Last Jedi.” Even with 12 months between films, though, it was starting to feel like Disney was going back to the gravity well a little too often.

But with “Solo: A Star Wars Story” arriving just a few weeks after “The Last Jedi” left theaters, it begs the question: Why?

Why now? And, honestly, why at all? Especially considering there’s a far better movie hiding within it: “Lando: A Star Wars Story.”

“Solo” finds a young-ish Han (Alden Ehrenreich) and his girlfriend, Qi’ra (Emilia Clarke), longing to escape the planet Corellia and the clutches of Mother Proxima, who offers children protection in exchange for their stealing for her like a slimy Space Fagin.

During their getaway to “anywhere the Empire isn’t,” the two are separated, and Han vows to get his own ship and come back for her. He aims to accomplish this by falling in with a crew of thieves and smugglers led by Beckett (Woody Harrelson) and Val (Thandie Newton, “Westworld”).

The majority of “Solo” plays out as though someone at Disney took screenwriter Lawrence Kasdan (“The Empire Strikes Back,” “Return of the Jedi,” “The Force Awakens”) and his son, Jonathan Kasdan (“In the Land of Women”), aside and said, “We know Han has a blaster, hangs out with Chewbacca, used to be friends with Lando Calrissian, won the Millennium Falcon and did that thing with the Kessel Run and the parsecs. Here’s $250 million. Go do something with that.”

At least the movie doesn’t get bogged in showing us how Han acquired his black vest. But maybe they’re saving that for the sequel.

Ron Howard had the seemingly impossible task of stepping in for original directors Phil Lord and Chris Miller (“21 Jump Street,” “The Lego Movie”), who were fired with just a few weeks left to film. Howard reshot enough of the movie to earn the sole directing credit, but there’s no telling how much of what doesn’t work is his, and how much is Lord and Miller’s.

Lawrence Kasdan arguably knows Han Solo — one of the most beloved characters in movie history — better than anyone not named Harrison Ford, but the Solo that he and Ehrenreich have crafted can’t even carry his own film. The renowned thief has “Solo” stolen right out from under him by Lando (Donald Glover) and his sassy droid sidekick, L3-37 (Phoebe Waller-Bridge).

Proving once again there’s seemingly nothing Glover can’t do, the actor makes you believe in ways Ehrenreich can’t muster that he really is the younger incarnation of his character. Glover channels Billy Dee Williams so convincingly, he could make me rush out and buy some Colt 45.

Disney desperately needs to step away and give Glover the resources and freedom to write and star in “Lando” — heck, let him direct it if he so chooses.

As for “Solo,” it certainly has a few moments of charm. But is it an unnecessary cash grab that adds nothing to the character? You bet your sweet bantha.

Considering everything Han Solo has been through, the new movie isn’t as bad as, say, being frozen in carbonite or that long-awaited reunion with his son. But it isn’t far behind.