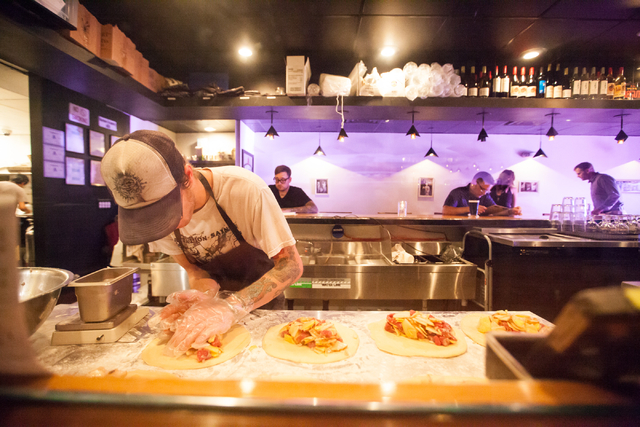 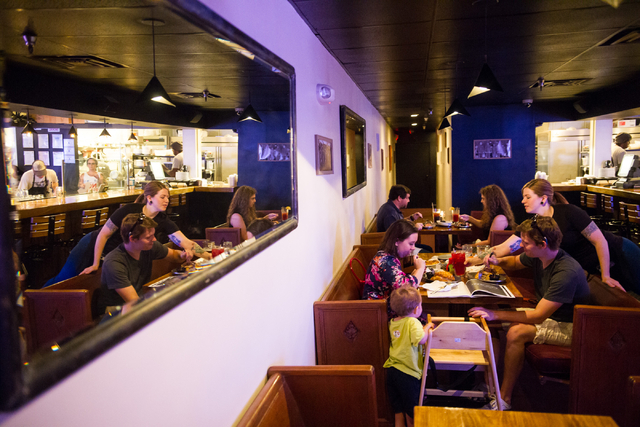 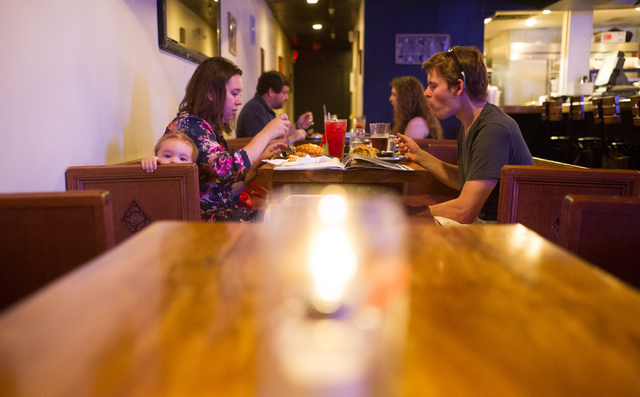 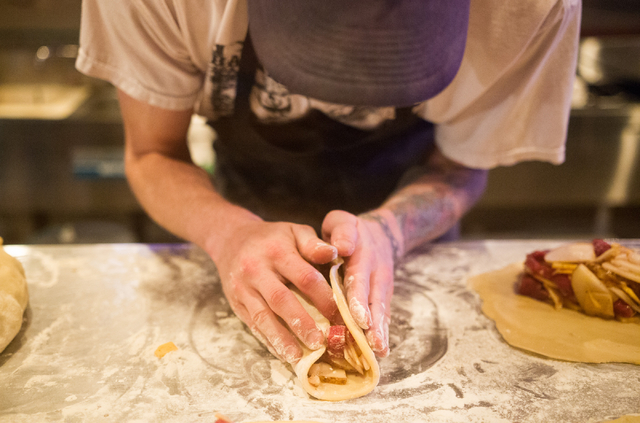 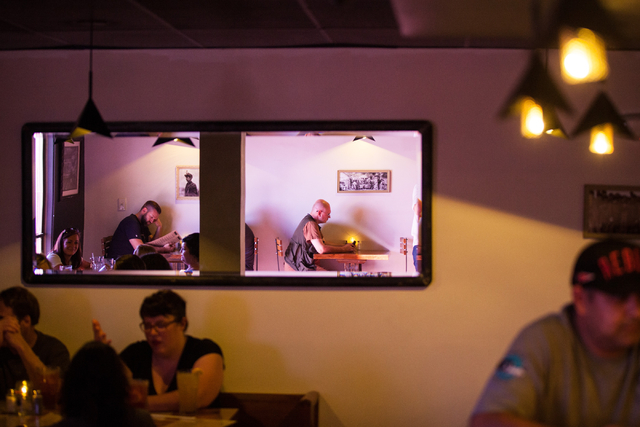 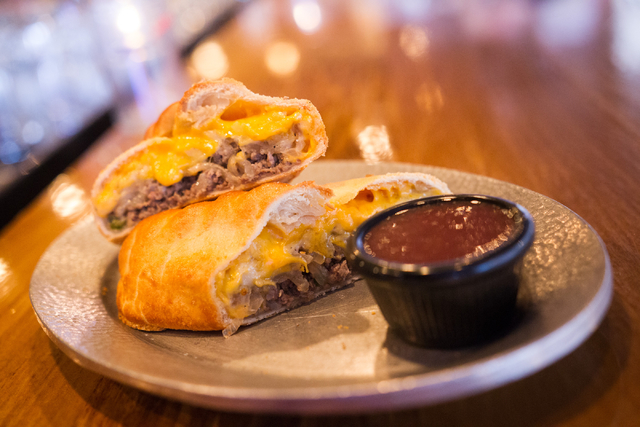 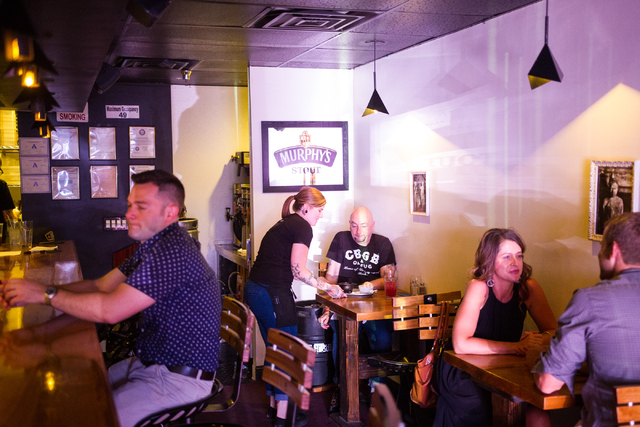 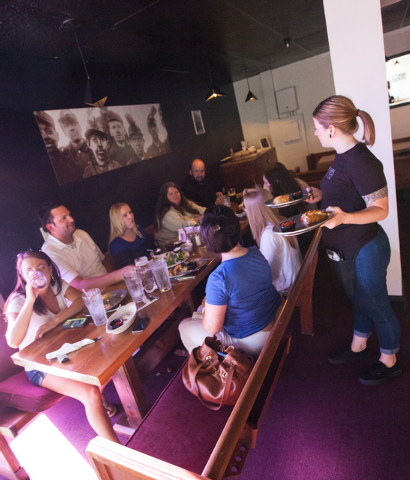 Pasties in Las Vegas? Nothing new there.

Cornish pasties, the meat-and-vegetable-filled pastries? Those would seem to be less suited to our city in the 21st century than the tassel-and-sequin-adorned accessory worn by “dancers.” And yet here we are with the Cornish Pasty Co., in the shadow of the Strip.

I mean, look at how the whole thing started, in the tin mines of Cornwall a few hundred years ago: Pasties were particularly suited for miners to take to work because they were substantial enough to satisfy a hungry workingman, were a way to use some of the odds and ends from the kitchen and some of the vegetables from the garden, tended to stay warm because of the pastry and could be rewarmed on a shovel held over a fire. They also were a natural for the upper Midwest, particularly the Upper Peninsula of Michigan, when they were brought there by Cornish immigrant miners and later adopted by the Finnish. So maybe we would expect them in the gold mines of Northern Nevada. But here, in the desert?

Yes, and they’re worth checking out, even if you’re not among the Yooper expatriates who for years have been clamoring for a nonairmail source. It’s all a matter of fusion, that catchall, often overused, that at the same time nimbly reflects the American tendency to reinvent things, if only subtly.

And so, yes, the Cornish Pasty Co. on East Sahara Avenue (an offshoot of a small group based in the Phoenix area) has a very traditional pasty on its menu, with beef, potatoes, onions and rutabaga, or what the original pasty-makers called Swede. But there also are some versions that would have seemed strange indeed to a Cornish miner, such as a Reuben.

As for us, we didn’t stray too far from the original in our choices of Peppered Steak ($9.80) and Royale with Cheese ($9), both of which contained beef but which were very different.

The Peppered Steak carried on the tradition of using a generous amount of black pepper, but this one also contained zucchini, leeks, portobello mushrooms and some Stilton along with tender chunks of sirloin. That gave it a whole lot more flavor than the pasties of yore (traditionalists, forgive me), with quite nice textural contrasts. And the cup of peppercorn-brandy sauce on the side, both flavors shining through, added still more interest.

The Royale was just plain fun, tailor-made to the youngish clientele the Cornish Pasty Co. seems to attract (but more on that later). This one was actually a bacon cheeseburger with onions, mushrooms — even fries — tucked in, and sauce choices of ranch, ketchup, barbecue sauce or Thousand Island, which we chose and which was a pretty good version. Again, a cornucopia of flavors and textures, all within a pastry shell. And yes, the pastry shells weren’t exactly what I would call flaky, but they were exactly what I would call authentic, complete with delicate braided edge.

A cup of cream of leek, potato and Stilton soup ($3.50, or $5 for a bowl) was a good way to start, although it was on the salty side, and not just from the Stilton. Oven Chips ($3.50) were a nice change, big planks of potato nicely crisped and sprinkled generously with cracked black pepper and sea salt, which left them less salty than the soup.

Oh, and a piece of Banoffee Pie ($5.50), that uniquely British dessert that puts freshly whipped cream, sliced bananas and caramel on a graham-cracker crust, made a little firmer than usual by the caramel.

Service throughout was exceptional, the one server we could see practically running to serve the whole place, while maintaining an exceptionally pleasant attitude. I’m not sure if it’s the location close to the Strip, the value of the offerings, their exotic nature (at least relatively) or the somewhat funky decor that includes tractor-seat chairs and bar stools, but it seems to attract a lot of young people, although the music is a multigenerational mix. Late at night, I’m guessing, the Cornish Pasty Co. and its big square bar are becoming quite the hot spot.

Which brings me to my last point: It was hot — extremely hot — in there, and this on a day that, while it brought summer heat, didn’t bring the hellish summer heat that is upon us now.

It was borderline uncomfortable, but I had to think that those old Cornish miners would’ve just loved it.