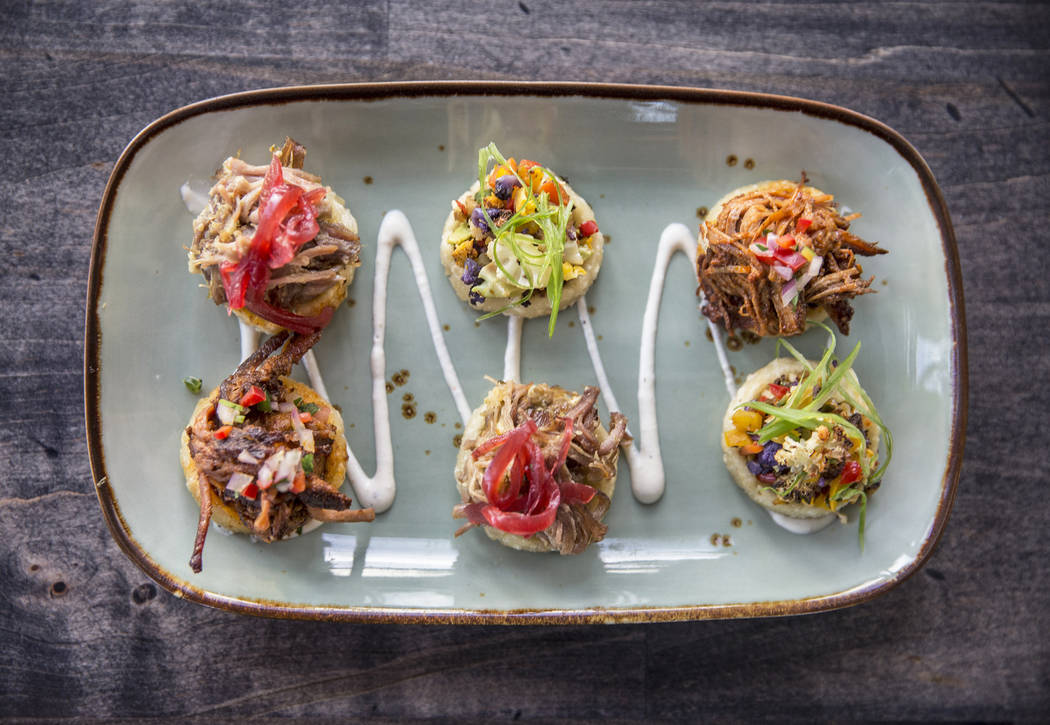 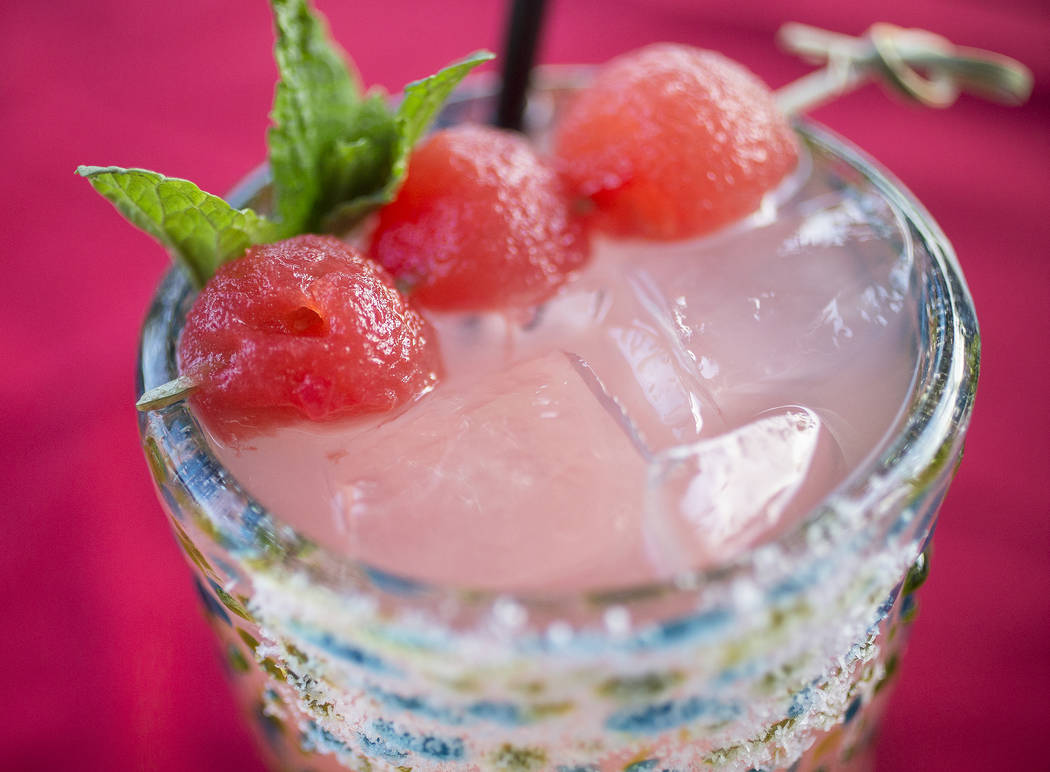 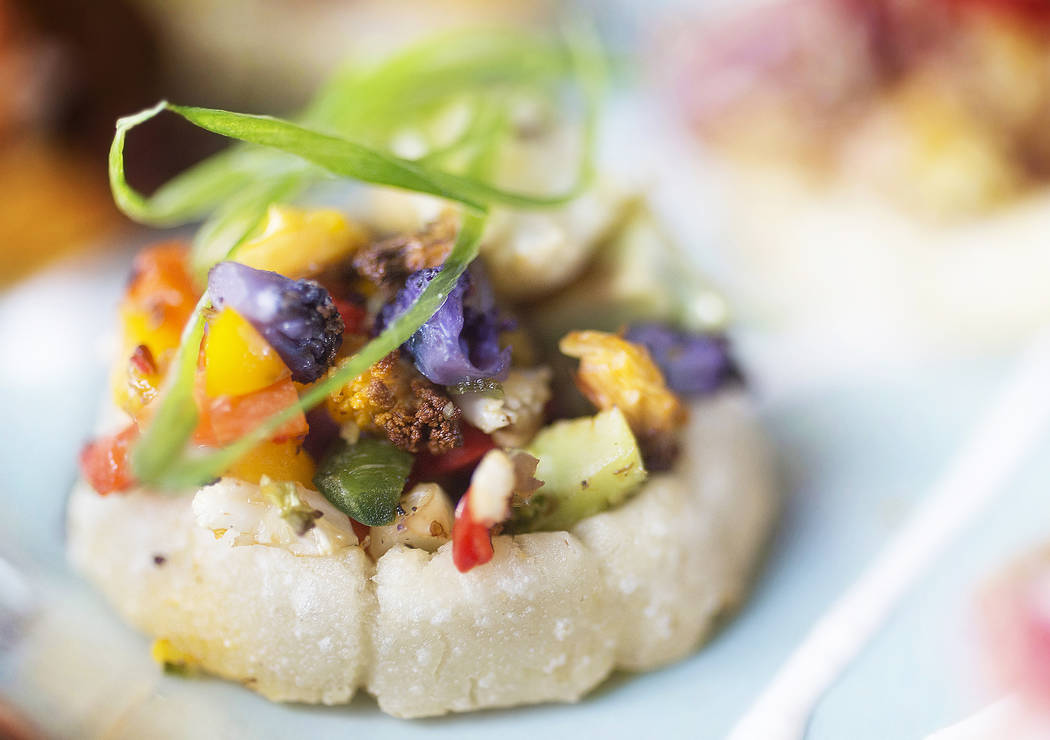 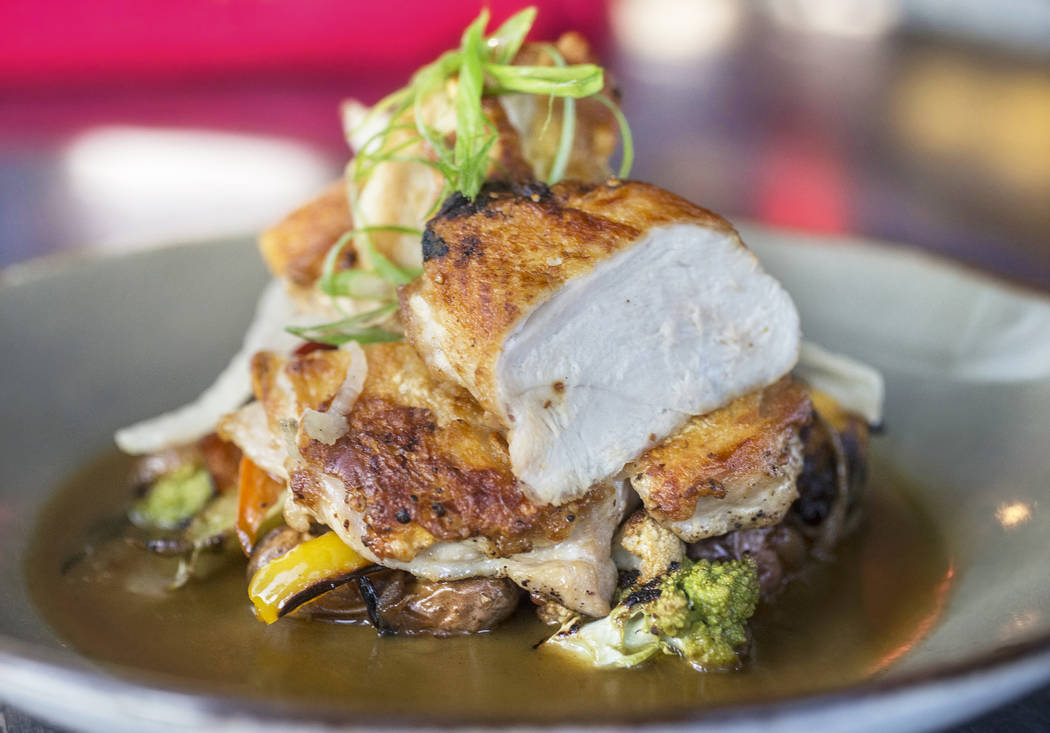 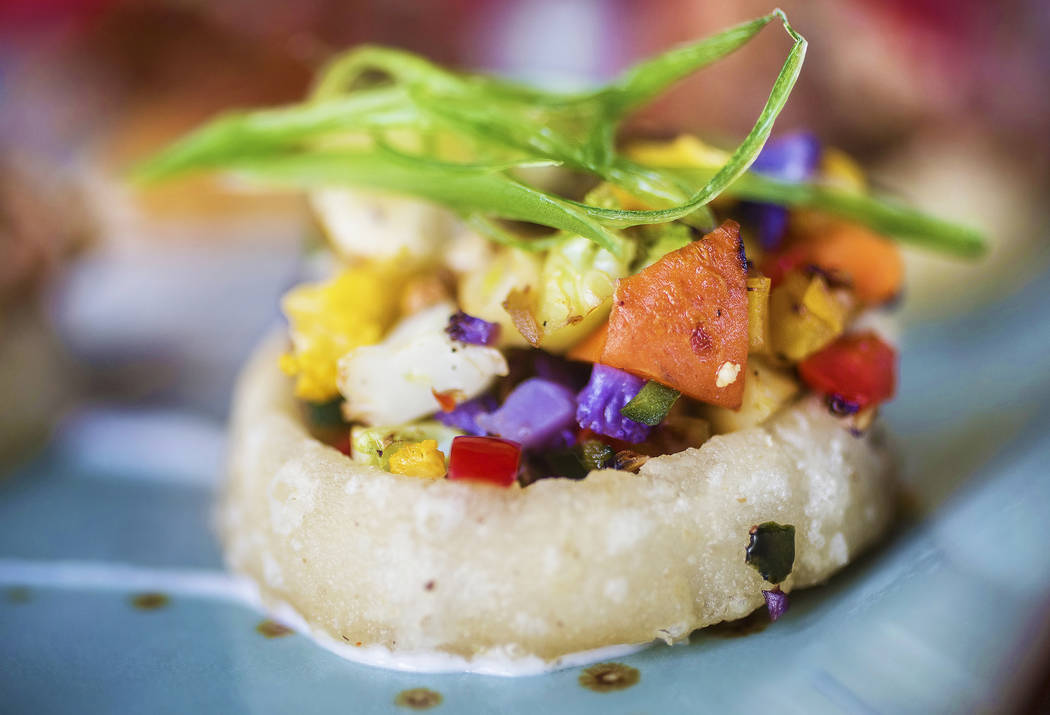 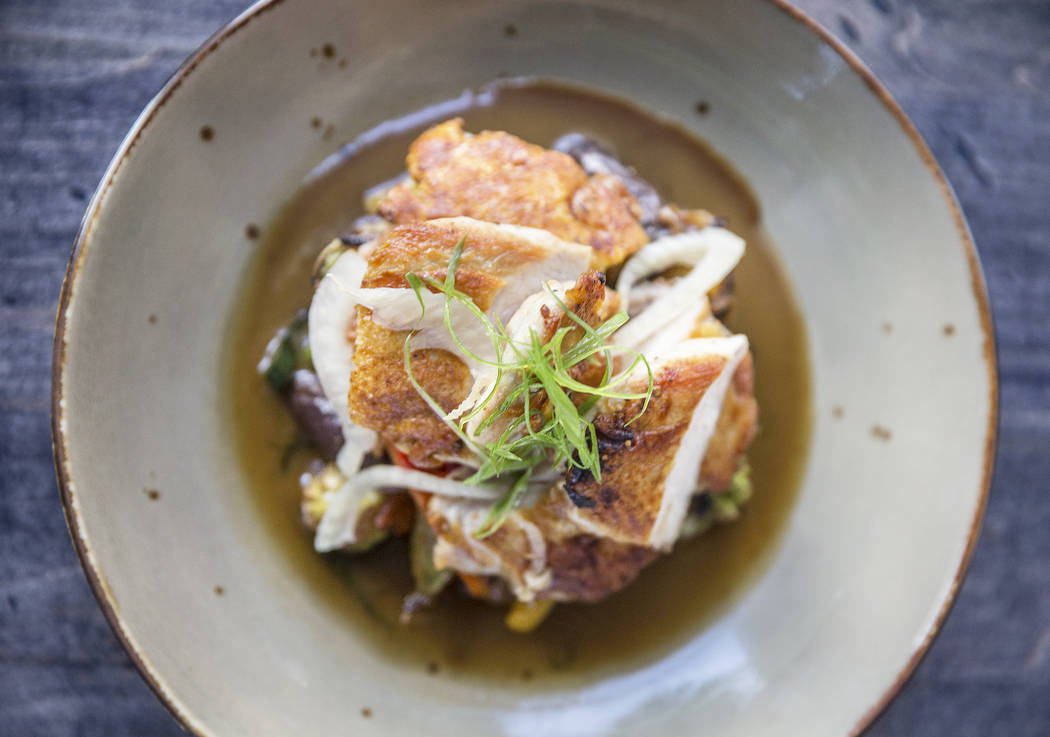 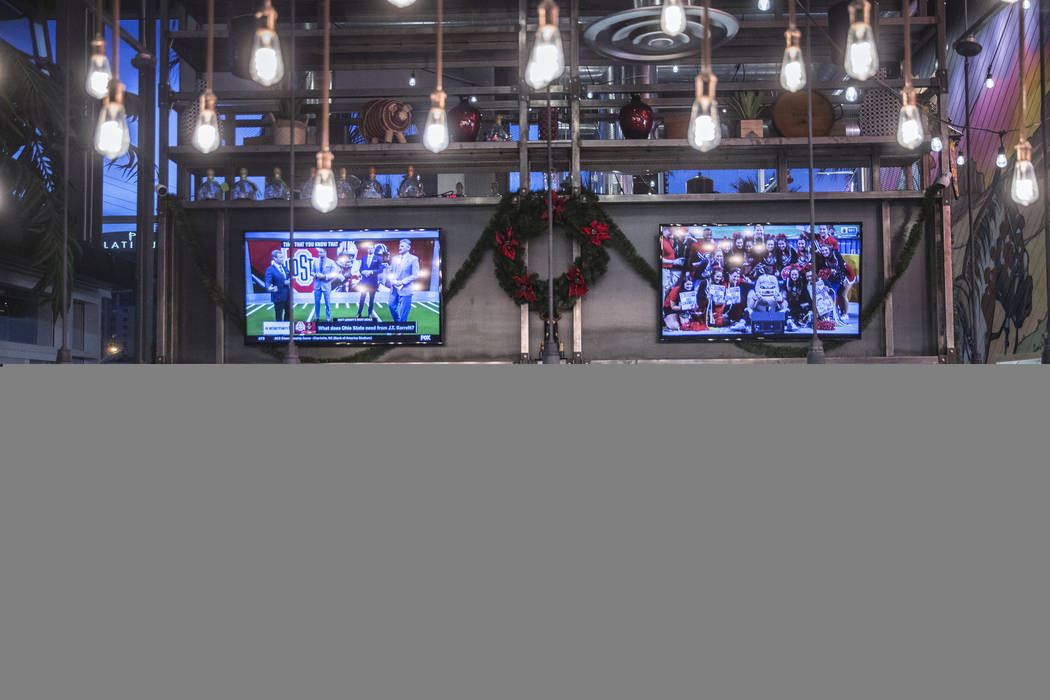 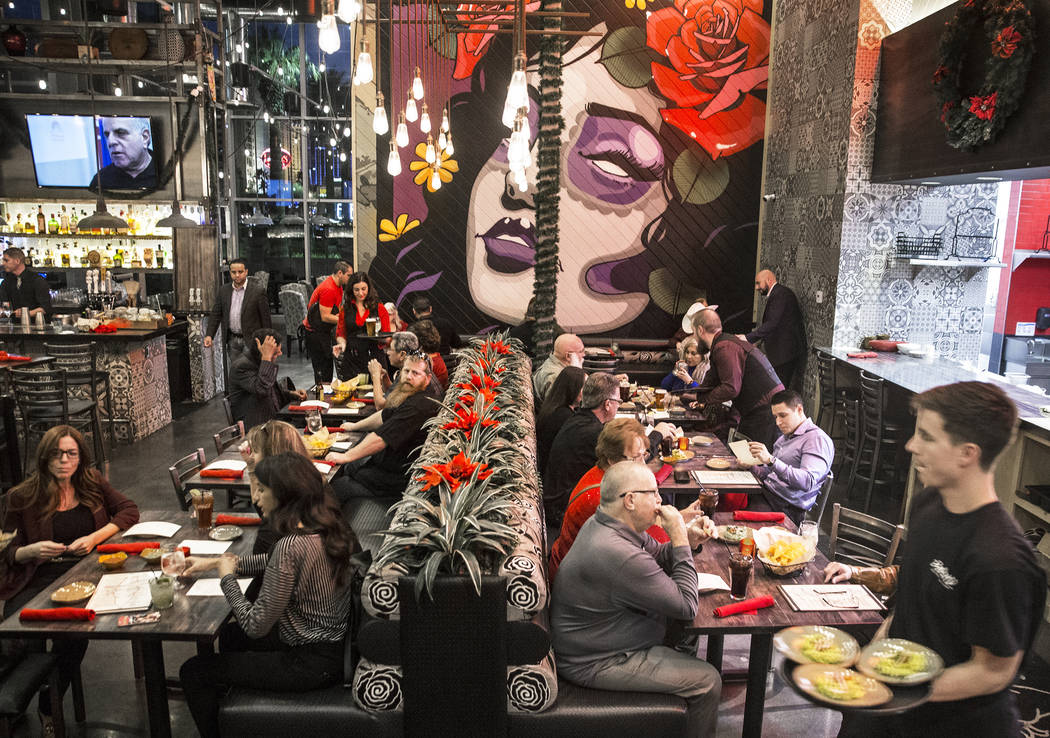 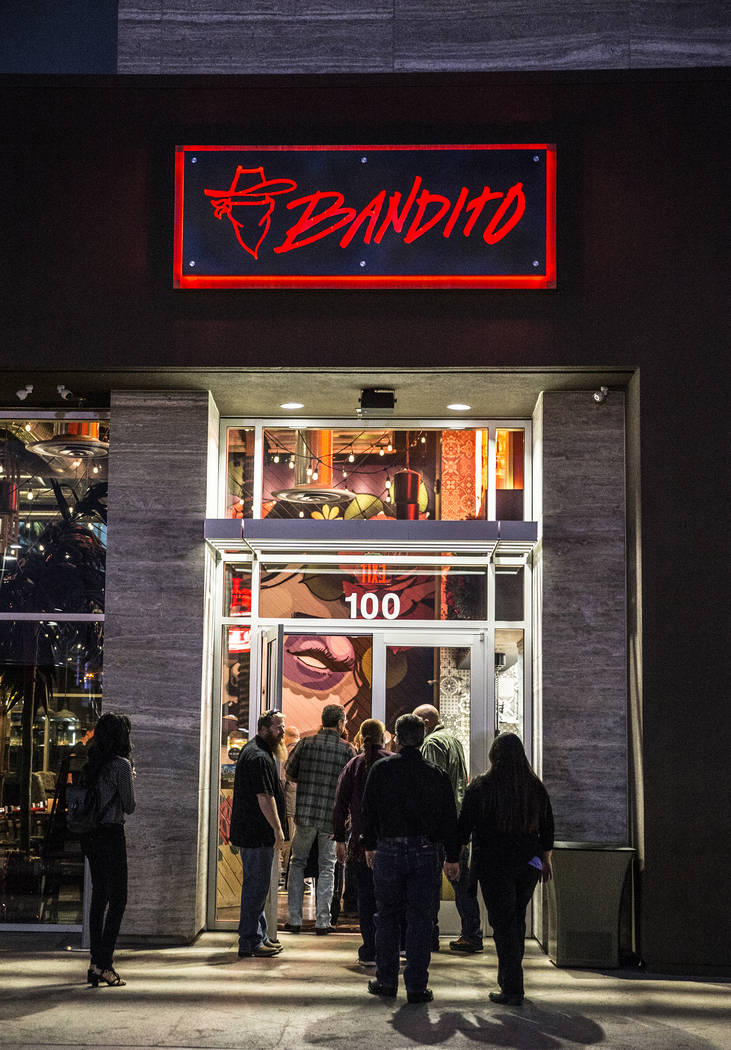 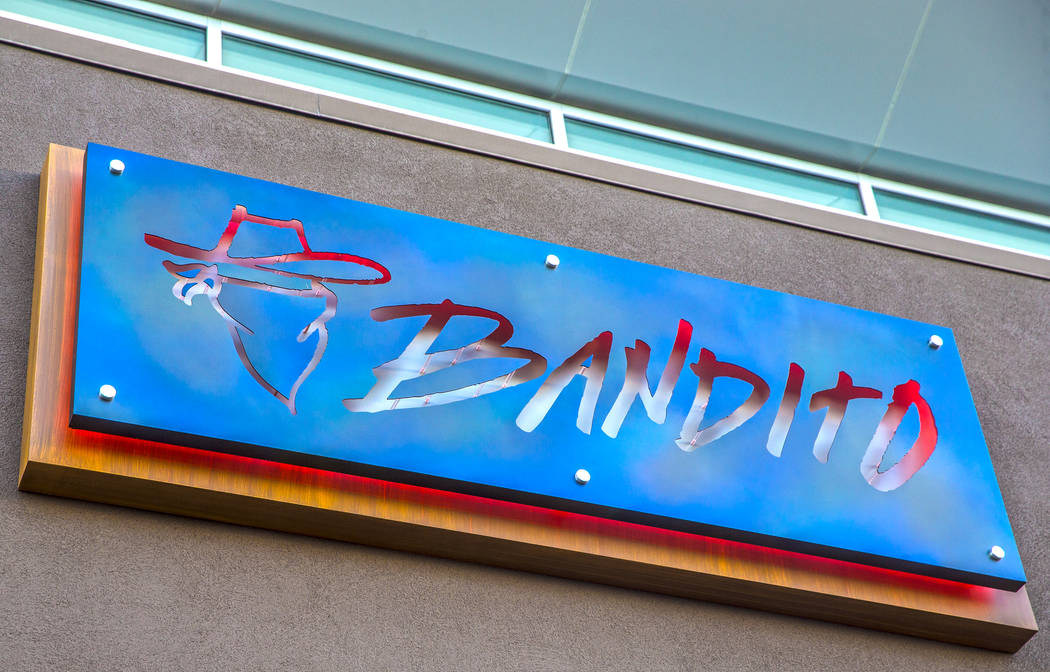 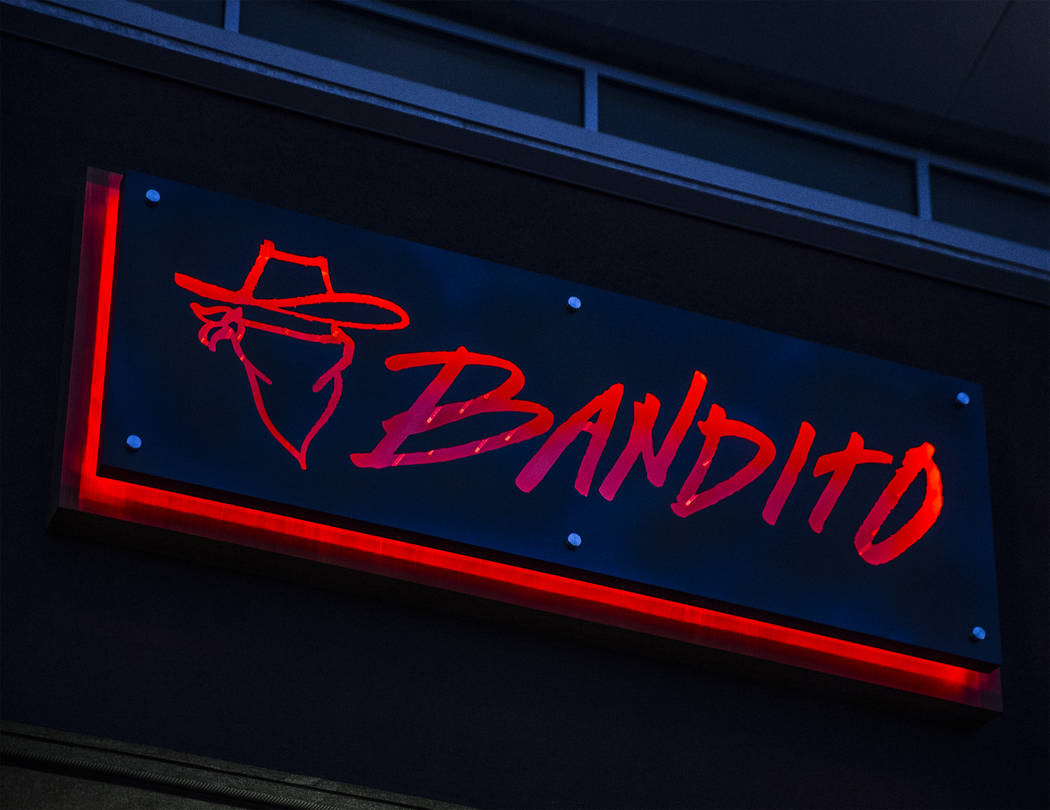 Owners of Mexican restaurants have a particular challenge because their cuisine is so popular. Familiarity builds expectations, and if a favorite dish isn’t on the menu, customers won’t be happy. At the same time, the restaurant has to satisfy those looking for something unexpected.

Bandito Latin Kitchen & Cantina opened in early summer in a new building in the Hughes Center on West Flamingo Road. Despite the name, it is essentially a Mexican-American restaurant. It manages to walk the tightrope between the two groups of expectations with an expansive selection of tacos and enchiladas, balanced by some less common Mexican selections, a few dishes from other Latin cultures and specials.

An example of the first was the Bandito Sope Sampler ($12) starter. Sopes, which originated in central and southern Mexico, have for some reason not become a favorite in this country, but are a refreshing change of pace. Masa is fried into a cuplike configuration perfect for toppings, and the three pairs in this selection were succulent, slow-roasted pork carnitas and beef barbacoa, as well as roasted vegetables, all of which harmonized nicely.

The corn husk smoked salmon special ($22) was cooked until translucent and thoroughly imbued with smoke, with a brawny thickness and meaty texture. The fish was served atop a pile of crunchy, freshly sauteed corn with a light dill and pasilla pepper sauce topped with red watercress.

Also layered in there: huitlacoche, another Mexican delicacy that hasn’t really caught on here. That may be because the translation is “corn smut” or “corn fungus,” though that should be less objectionable when you consider mushrooms are fungus, too. It has a flavor similar to a truffle, ethereally earthy, and using it in a flan lent a pleasantly eggy dimension.

Service throughout was exceptional. The hostess and our server were welcoming and friendly, which is the restaurant’s general vibe. The fact that Bandito was custom-built gave the designers a freer hand and it shows. It’s quasi-industrial but has a number of lively accents, including a monumental painting of a woman’s face in sugar-skull makeup, her hair wreathed in flowers and leaves. It all contributes to a sophisticated, contemporary feel that matches the restaurant’s cuisine.

The essence: Colorful cuisine and decor with friendly service.