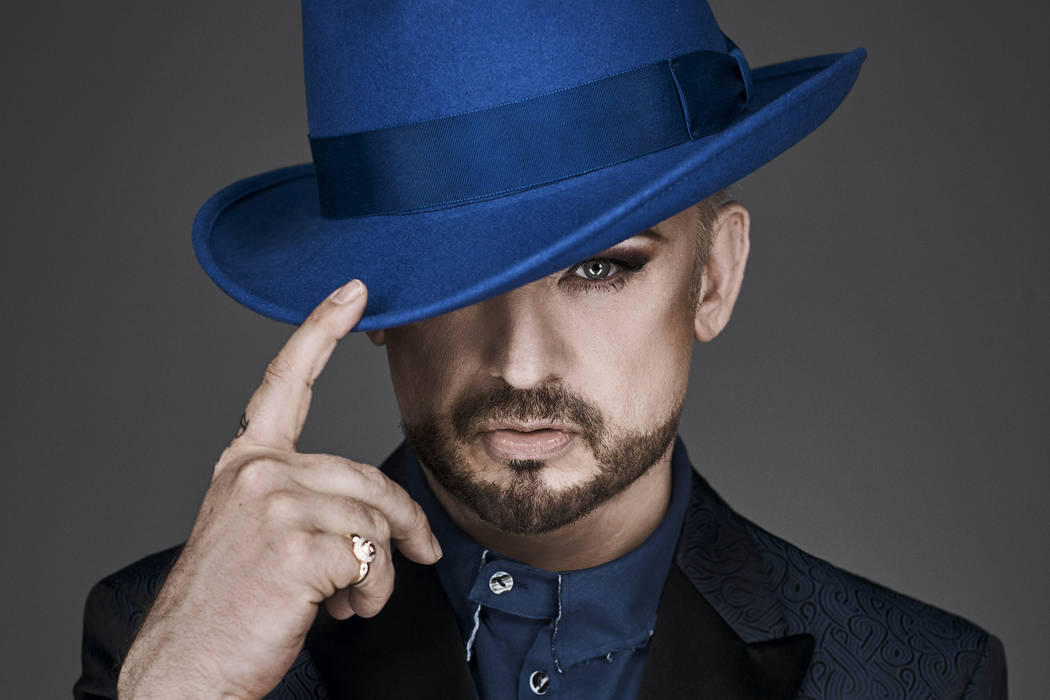 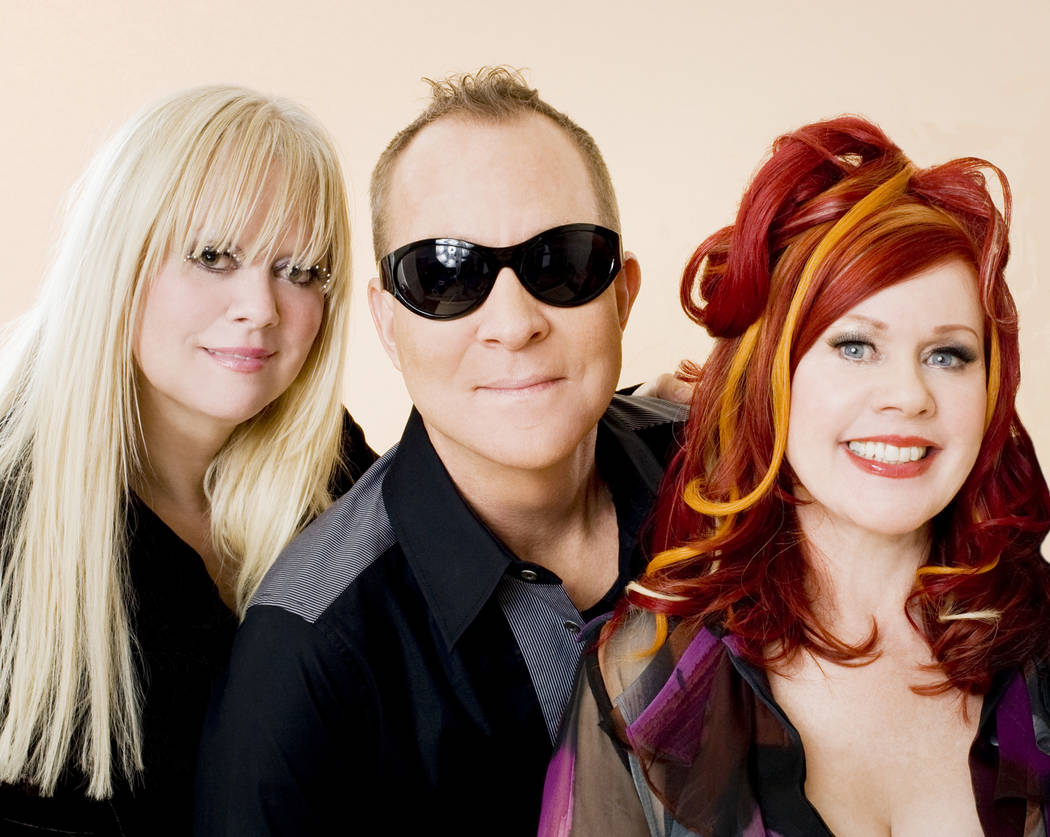 Founding members of The B-52s, shown in a promotional photo as they perform Friday, Saturday and Sunday at House of Blues at Mandalay Bay, from left: Cindy Wilson, Fred Schneider and Kate Pierson. (Pieter M. Van Hattem)

Boy George needs to be different. But even for the master chameleon, being different in Las Vegas is a different sort of conundrum.

“I want to do a string of shows, a residency, in Las Vegas,” the vocalist and front man of the Culture Club says. “But I want to do something different — and I don’t know what that will mean. It has to be the opposite of glitz and lights, opposite of acrobatics. It has to be bare, stark and shocking and emotional.”

George continues, “I want a bit more dystopian Las Vegas that is specific, where there is no ‘vague’ in Vegas.”

Boy George has been teasing about a residency for the past couple of years, especially referring to a Vegas residency in occasional Twitter posts. But this weekend the band is co-headlining a one-night, retro rock-and-dance party with the B-52s at Downtown Las Vegas Events Center.

“The Life Tour” also features Tom Bailey of Thompson Twins (doors at 7 p.m.; tickets start at $29 and are available at the DLVEC website). The tour’s performance order has been Bailey, B-52s and Culture Club, with its reunited lineup up of Roy Hay, Mikey Craig and Jon Moss.

As George says, it’s a lot of energy to jam into a single show.

“It’s a lot of band activity for one night,” he says. “The audience will have a lot of stamina. A lot to take on (laughs). A lotta noise and a lotta color.”

The B-52s, fittingly, were originally an inspiration for George.

“They are such a good, fun fit for us,” he says. “I saw them for the first time in London in 1978, and when you look at them in the context of the ’70s, they were so wild. They still really are unusual in what they do. We were really influenced by punk, glam, disco, Philadelphia soul, electro music — that created our sound, and when you listen to the B-52s, they are all of that.”

On Oct. 26, Culture Club is out with its first album of new music, “Life,” in nearly 20 years. George says the new release is a means to make a message.

“In any creative form or art — whether it’s ceramics, painting, writing, making music — if you have nothing new to say, you are wallowing in nostalgia,” George says. “That would be hell. Our message is multiculturalism, and that is as prevalent now as it was in the late-1970s and early ’80s.

“We have come full circle, expressing that we want to live in a tolerant world, and even if we are performing for people who have entirely different views than us, we treat them with love and kindness.”

George recalls a recent road date where the message was shared with a member of his backing singers.

“We were in Memphis and one of my singers, one of my little gay backing singers, was approached by this woman who said, ‘May gawd bless ya! No matter what!’ (Laughs). Now, you can react to that however you want. We react that the intention was to share tolerance.”