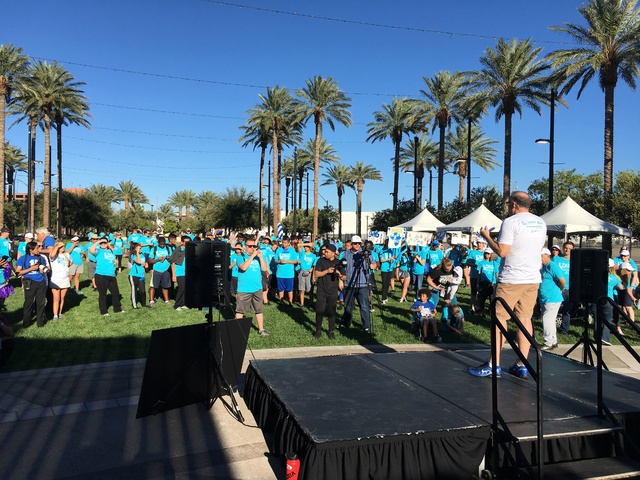 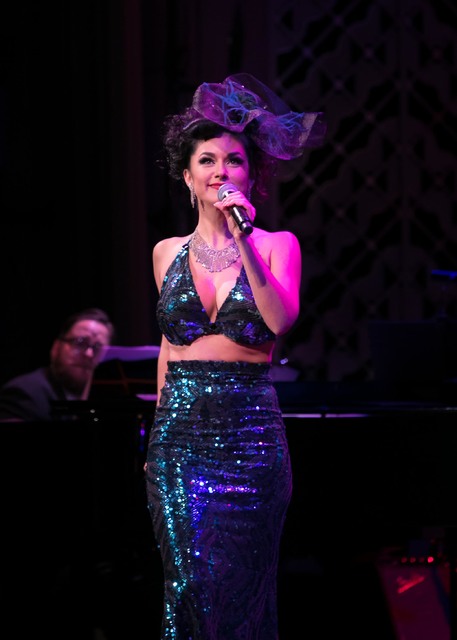 The Kats! Bureau at this writing is the AgeWell Expo at Cashman Center, where I‘ve been meeting and greeting active folks age 50 and older. As of Friday night, the list does include Chris Phillips of Zowie Bowie, and in March, I also joined that demo.

My friend Wayne Newton (74) has always said that “age is just a number.” And my friend Jerry Lewis (90) insists that “getting old is not for sissies, folks.”

Both are to be believed, and as always we keep one step ahead of the calendar:

CIRQUE AND THE APP

About half of the people who buy tickets to a Cirque du Soleil production in Las Vegas do so just 48 to 72 hours before the show, and 25 percent purchase them the day of the show, according to Cirque Senior Vice President Jerry Nadal.

Armed with that information, the company has been working to develop technology targeting visitors arriving in Las Vegas with text messages and updates with special offers such as, “Looking for something to do? How about a two-for-one ticket package for ‘Zumanity’ at MGM Grand in four hours?”

“We see this with Millennials all the time, making these last-minute decisions, so we have people working on how to reach them,” Nadal said during Saturday’s One Drop Walk for Water charity event that started at Symphony Park and ended at Springs Preserve. “We are working on programming an app for that right now, targeting those who make last-minute decisions, and we’re hoping to have it ready the first quarter of next year.”

Saturday night, for the first time in its five-year history, the two hosts of “Absinthe” were male. The usual co-host Joy Jenkins called in sick, and no understudy was available so The Gazillionaire was joined by a sidekick named Mimi Mandalay.The heretofore unknown character took the stage, in drag, and during the mid-show monologue offered an audience member a foot rub. “Mimi” proceeded to remove the gentleman’s shoes and began sucking his toes.

It is not yet known if Mimi will be asked back, but it was another ground-breaking moment for the show that is never, ever boring …

IN THE MOOD FOR A MELODY

On the topic of our foremost tented production show, we got a glimpse of what Melody Sweets’ solo career would look like, and it was a dandy.

Her Tuesday burlesque production, titled “The Sweets Spot,” hinted at her pre-“Absinthe” cabaret shows in New York, and she noted at the top, “Look at this place! It’s beautiful! I am not used to singing in buildings anymore!” She unleashed “Dean Martin’s “When You’re Drinking,” her own “As Good as it Gets,” and a cover of Alice Cooper’s “Is it My Body,” which she is recording with venerable bandleader Lon Bronson, who directed the music for Sweets’ Cab Jazz production. Magician Mac King of Harrah’s opened the night, and the guest stars were figures famous on the Vegas burlesque scene – Miss Redd, Kalani Kokonuts and Buttercup. We had a few Cab Jazz firsts that night: A striptease as performed inside a balloon (from Kokonuts) and a backside tassel number (from Buttercup).

Sweets wore a green gown for this show, but she wasn’t the Green Fairy. That’s a character for a different stage, a different venue and a different time.

Lionel Richie took note of Newton – loudly — in his audience on the night of Oct. 8 as he introduced his hit “Still.” He remembered a night in the early-1980s when Newton headlined at the Las Vegas Hilton.

“When I first came to this town, I was invited by a huge star by the name of of Wayne Newton to see his show. It don’t get NO bigger that, I’m telling you,” Richie told a packed house at Planet Hollywood’s Axis theater. “It was an amazing night, sitting there, watching this man, and he sang ‘Still.’ Now, when I sing that song, I’m singing it back to you, my friend.”

Clint Holmes’ “Between the Lines” show at Palazzo Theater has been drawn back to Sundays and Mondays, with an earlier 7 p.m. start time. No formal explanation for the change was given, and no word on how the remaining time slots will be filled. “Baz – Star Crossed Love,” also at the Palazzo Theater, is keeping its performance schedule, nightly at 7 p.m., except Sundays and Mondays, when Holmes is onstage.

PHAT PACK IS BACK!

Bruce Ewing reports that the Phat Pack, the trio of former “Phantom of the Opera” stalwarts, is attempting a resurgence with a show at 6 p.m. Tuesday at Silverton’s Veil Pavilion. The trio consists of Ewing, Randal Keith (currently of “Steve Wynn’s Showstoppers”) and Kevan Patriquin (filling in for Ted Keegan, who is performing in “Phantom” on Broadway). Ewing has invited entertainment directors and bookers from Vegas hotel companies hoping to find a home for the group that performs original comedy songs under the direction of former “Jersey Boys” associate Philip Fortenberry. Pound for pound (and there are a few more pounds these days), this act is as talented as any you’ll see in town.